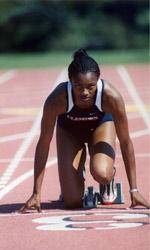 BATON ROUGE, LA – The Clemson women’s track and field team is tied for 12th at the 2002 NCAA Track & Field Championships entering the final day of competition. The Lady Tigers will compete in the triple jump and shot put on Saturday.