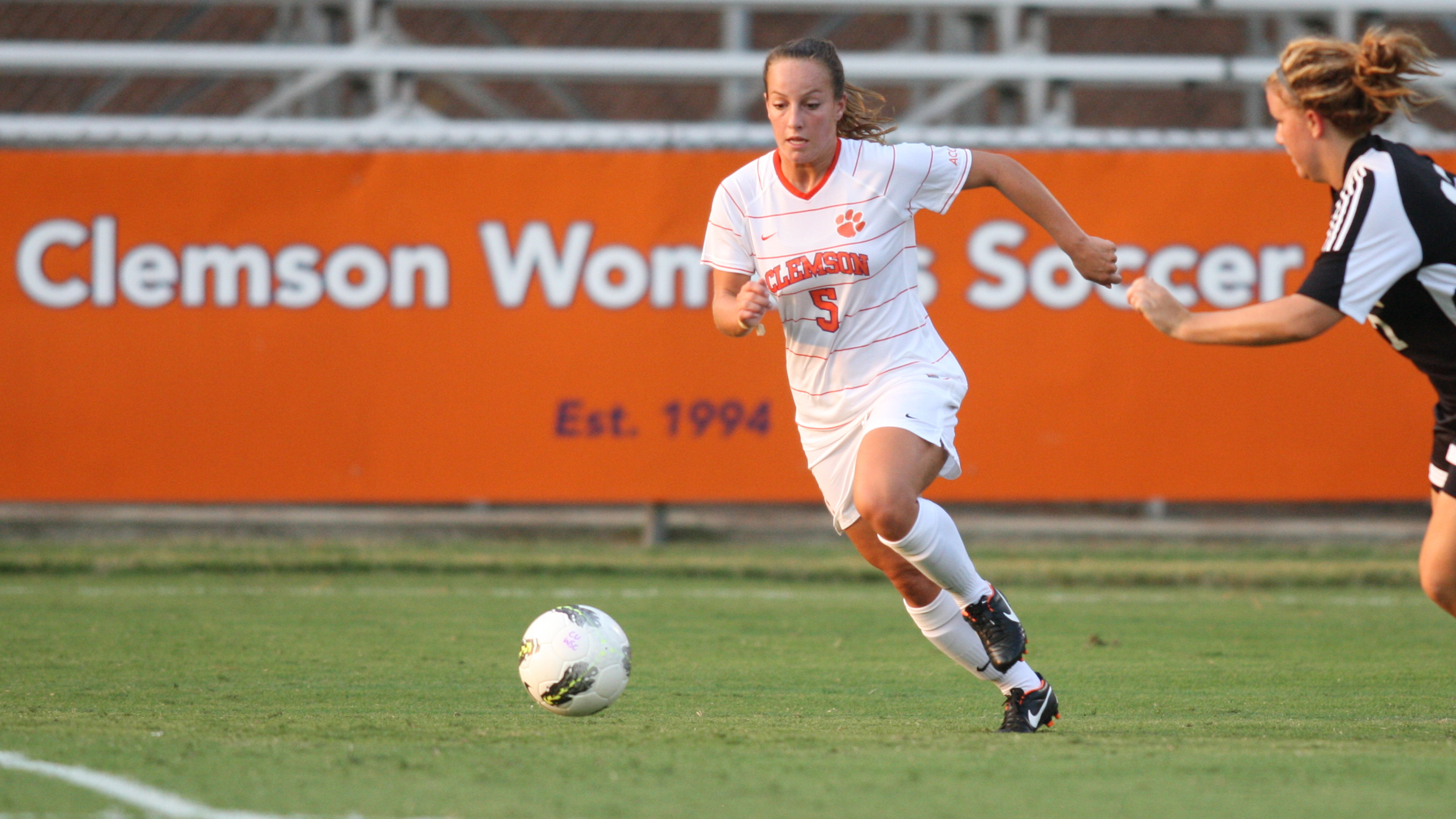 LAWRENCEVILLE, GA – The Clemson women’s soccer team defeated Alabama by a score of 1-0 in an exhibition game on Saturday in Lawrenceville, GA on the campus of Georgia Gwinnett College.  Senior forward Deana Sherry scored the game’s lone goal to give the Tigers the victory.

“We would like to thank Georgia Gwinnett College for hosting us,” said head coach Eddie Radwanski, who is beginning his third season at the helm of the Clemson program.  “They have great facilities and we appreciate the opportunity to play there.”

“It was a competitive game and that is what you want during the preseason.  It was nice to come away with a 1-0 win, but to be put to the test by a good Alabama team was what we were looking for.  Now it is time to get ready for the regular season and turn our focus to facing a tough Auburn team on their home field.”

Clemson will open the 2013 regular season on Friday, August 23 on the road against Auburn.  The matchup of the ACC vs. SEC Tigers will kick off at 7:00 PM CT at the Auburn Soccer Complex.  The team’s first home game will be held Sunday, August 25 against Furman at 6:00 PM at Historic Riggs Field.