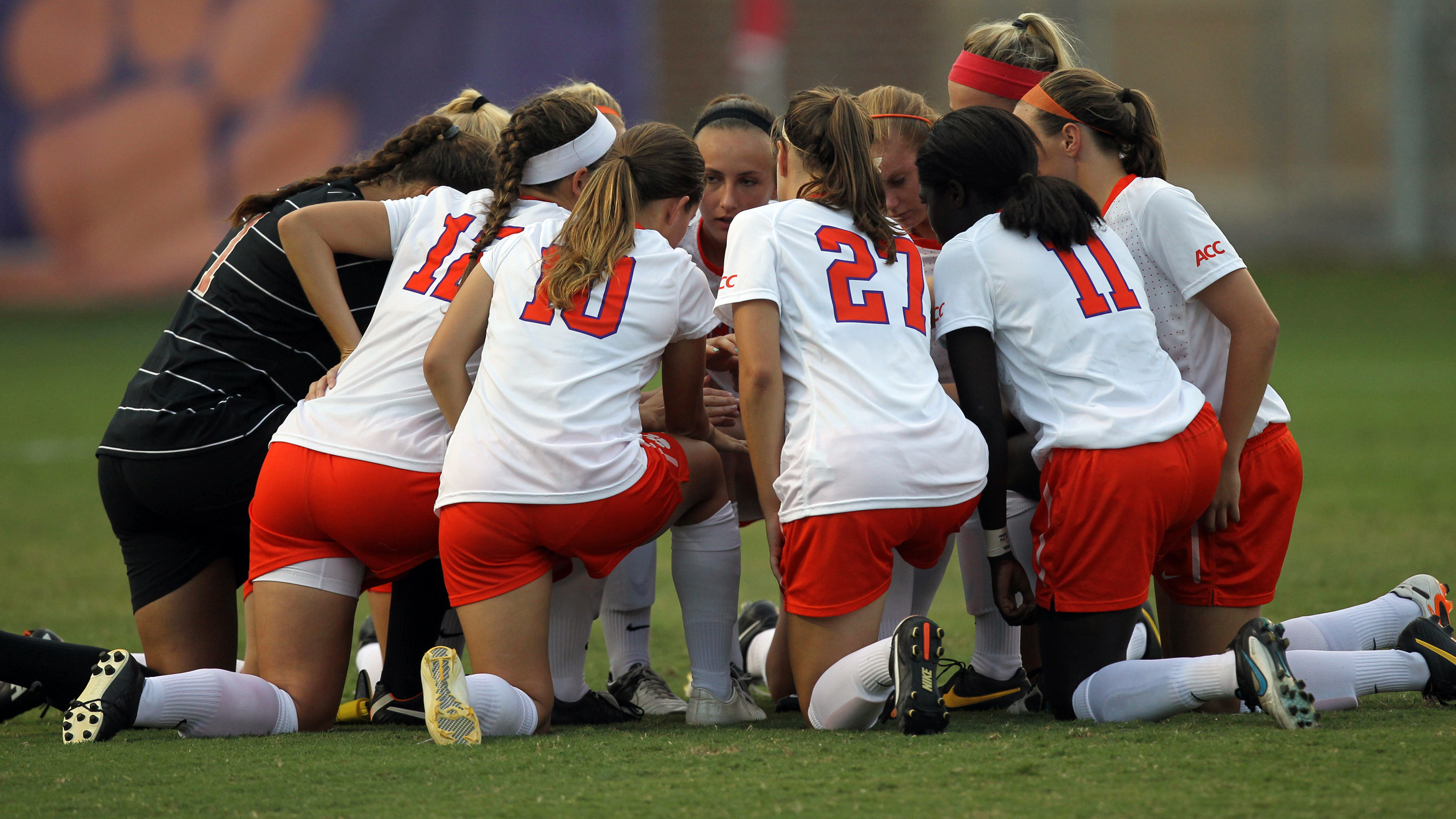 CLEMSON, SC – Head Coach Eddie Radwanski and the Clemson women’s soccer team announced the signing of five players to national letters of intent for the 2014 season on Friday.

“We look forward to welcoming this outstanding group of young women to the Clemson family,” said Radwanski. “It’s an exciting time for all of us as we watch our young team continue to grow and develop. This group brings loads of attacking mentality and provides us with positional flexibility that will be key going forward. Following last year’s top-five-nationally-ranked recruiting class, we feel that we are taking yet another positive step in our evolution.”

Three of the five players (Horgan, Anastasio and Weslake) are ranked in the IMG Academy National Top 150. Clemson is one of only 17 programs to sign three or more IMG Top 150 players for 2014, while seven of the 17 are Atlantic Coast Conference teams. Horgan and O’Connor enrolled in classes at Clemson in January and will participate in spring practice with the Tigers.

Below is a biography for each signee.

Radwanski says:“We rated Shannon as the top naturally left-footed player in the country for this class. She possesses a fantastic technical platform, combined with both power and competitive drive. She has all the tools necessary to develop into an impact player for Clemson. We are very excited that she was able to join us for the spring.”

Radwanski says:“Salma was exposed to the National Team environment at an early age. Since then she has continued to score goals for her teams. She has good understanding of movement off the ball and provides the ability to stretch teams as she loves to run in behind defenses. Her skill set will be a welcome addition to our group.”

Radwanski says:“We believe Miranda is the best attacking player to come out of South Carolina in a long time. Throughout her youth career she has consistently done one thing: score goals. Miranda has tremendous instincts around the goal and a knack for applying the finishing touch. Being surrounded by our talented players should help her transition into the college game.”

Radwanski says:“Jeni is a player that understands the importance of balance in the midfield. She will do a job for her team that many people tend to overlook. She brings a team-first approach to everything she does. I expect her game to continue to develop nicely in our environment.”

Radwanski says:“Megan is a very interesting talent with tons of upside potential. Her physical skill set can add a different dimension to our team. She has very good mobility and technical balance for a player of her height. We are excited to watch her game develop over the coming years.”