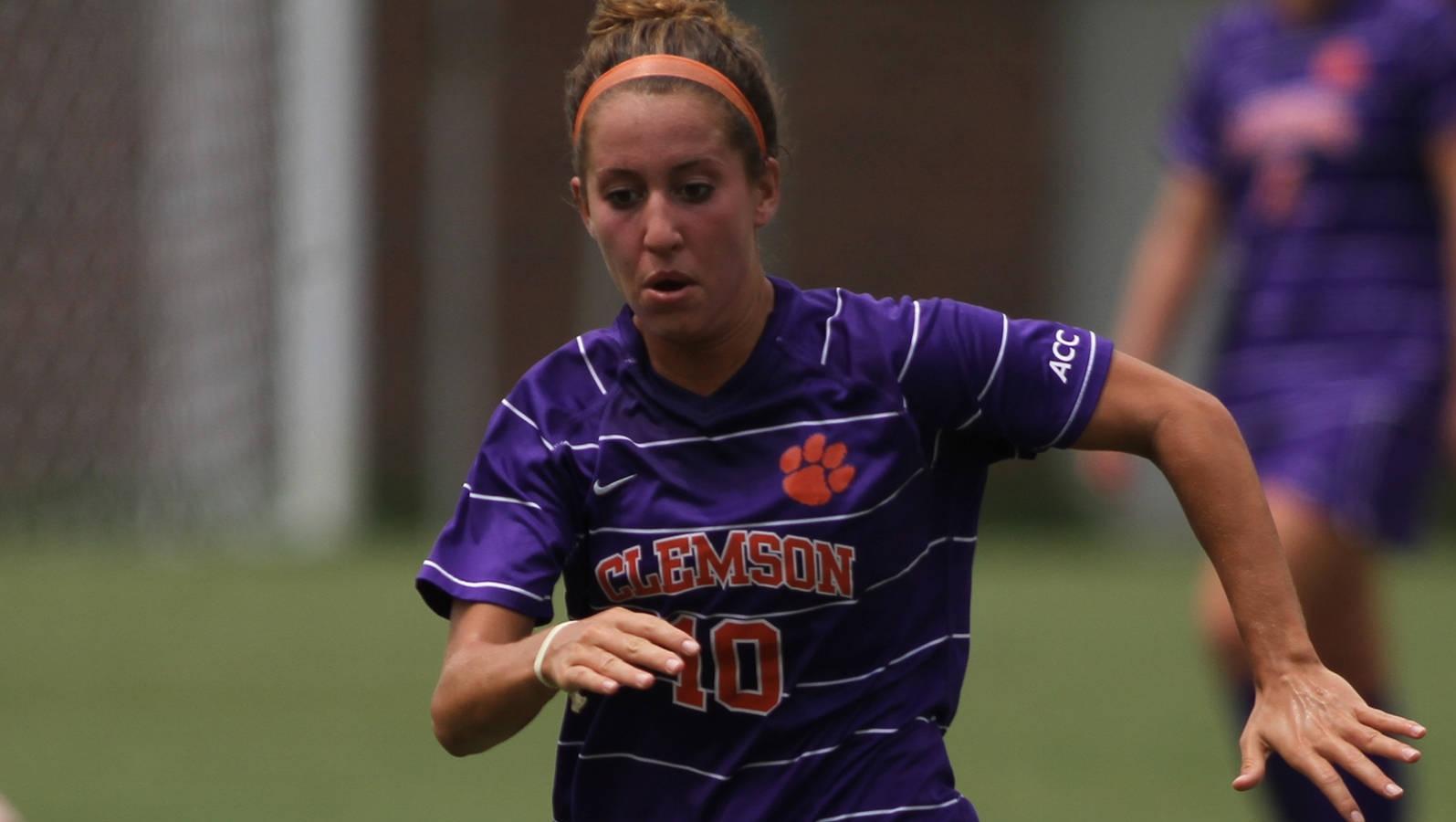 CLEMSON, SC – The Clemson women’s soccer program’s 2013 schedule was announced by Head Coach Eddie Radwanski on Monday.  With the addition of three teams to the perennially powerful Atlantic Coast Conference, the Tigers will play 13 league games and only six games out-of-conference in 2013. Eleven of the Tigers’ 19 opponents played in the NCAA Tournament in 2012, and nine of the 11 won at least one game in the tournament.

In addition, four of Clemson’s 2013 opponents played in the NCAA Elite Eight, two reached the College Cup, and North Carolina won the national title last season.  Seven teams on the Tigers’ schedule for this fall were ranked in the top 16 in the 2012 final national poll.

“This schedule is exciting, intriguing, and certainly presents a lot of challenges,” noted Radwanski, who is beginning his third season at the helm of the program.  “The majority of our opponents played in the NCAA Tournament last year, including North Carolina, which won the national title as a No. 2 seed after finishing fourth in the ACC.  That in itself shows how difficult our conference is.

“The additions to the ACC of Syracuse, Pittsburgh and Notre Dame – a team that is a perennial national power and has won national championships – just further elevates the quality and strength of our conference.  With the new teams, and the fact that everybody is playing everybody in the conference this year, this will definitely be the toughest schedule we have played since we have been here.

“We also have a more challenging nonconference schedule this fall, as we have added games against Auburn and South Florida, in addition to our regular opponents of South Carolina and Furman.  With the large group of freshmen coming in and such a young team to begin with, we wanted to challenge ourselves with better quality opponents in order to test ourselves prior to getting into the ACC season.”

The Tigers will play 11 games at home at Historic Riggs Field and eight games on the road in 2013.  The team will play one exhibition game during the preseason, as it will meet Alabama on Saturday, August 17 in Kennesaw, GA.

The Tigers will meet Notre Dame for the first time in program history on Sunday, October 27 at Historic Riggs Field.  The team will honor its seven seniors in the game against the Fighting Irish, who advanced to the NCAA Quarterfinals in 2012.  Clemson will conclude the regular season on the road against Miami on Thursday, October 31.