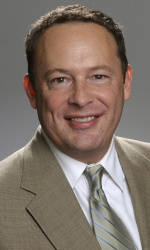 CLEMSON, SC – Clemson Women’s Basketball Head Coach Itoro Coleman announced the addition of Chris Long as an assistant coach on Thursday. Long spent last season as an assistant with the UAB men’s basketball team, and worked for ten seasons prior as an assistant and head coach with the Louisiana Tech women’s program.

“I am very excited to have Chris join our staff,” said Coleman. “Not only is he a great teacher of the game, but he does an excellent job developing players and scouting opponents. His experiences coaching both women’s and men’s teams on the collegiate level will prove to be a tremendous asset to our staff and program.”

While at UAB in 2009-10, Long helped Mike Davis’ squad to a 25-9 overall record and advanced to the NIT Quarterfinals. It was his first season working with a men’s division-I team, and gives him an added dimension that few assistants on the women’s side generally possess.

Prior to his stint at UAB, Long was the head coach of the Louisiana Tech women’s program for four seasons, going 71-44 overall and 45-18 in the Western Athletic Conference. He was named the WAC Coach of the Year in 2006 after his team went 26-5 and won the conference championships.

Long was promoted to head coach with the Tech program after spending six seasons as an assistant. During that time, the Lady Techsters went 167-29. They won six straight conference regular season conference championships and five tournament championships.

In his ten seasons at Tech, the team went to eight NCAA Tournaments, advanced to four Sweet 16s, and made a pair of trips to the Elite Eight.

Long earned his undergraduate degree in advertising from the University of Southern Mississippi in 1991 and later received his masters in school administration at Alcorn State in 1997. Long is married to the former Claudia Stalcup of Brandon, Miss., and the two have an 12-year-old son named Jack and a 11-year-old daughter named Bailey.