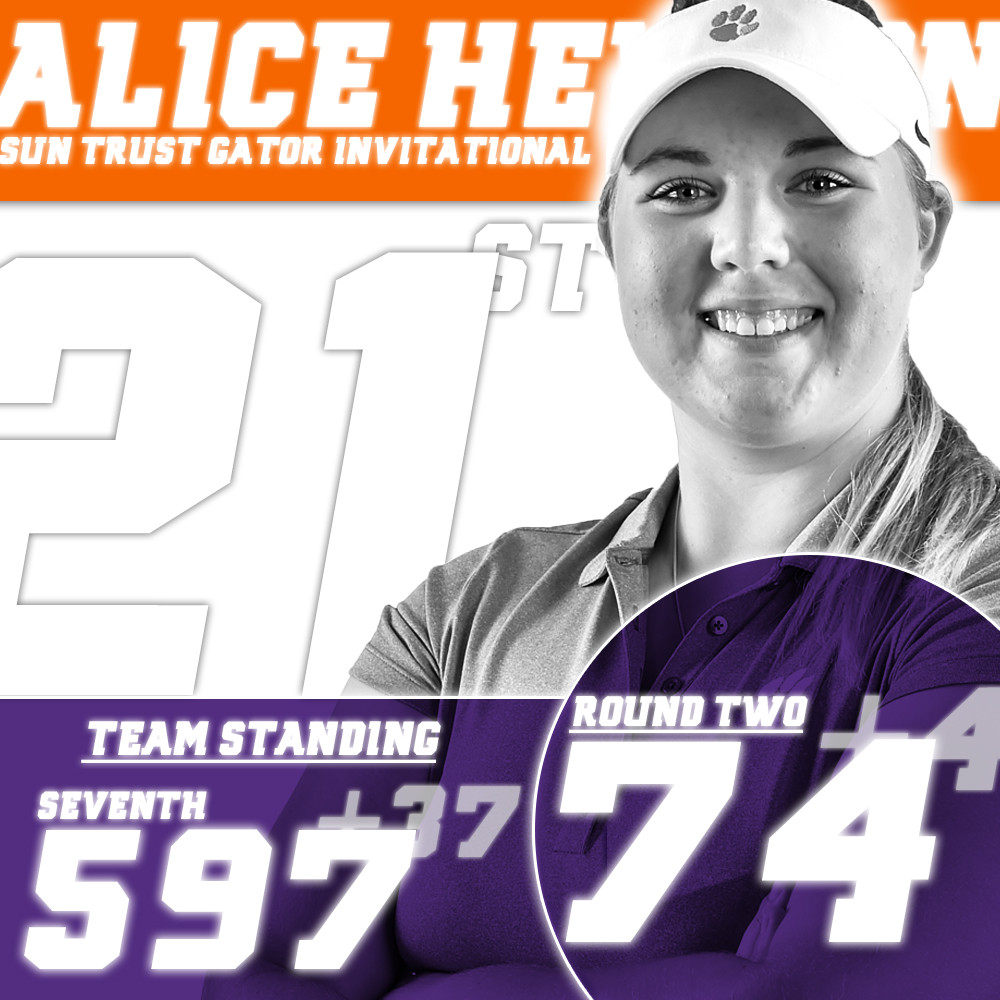 Clemson, S.C.—Sydney Legacy shot a team best 72 and freshman Ana Paula Valdes added a 73 in the second round of the day, leading Clemson to an 11-stroke improvement and a seventh-place ranking after 36 holes of the Sun Trust Gator Invitational at Mark Bostick Golf Club in Gainesville, Florida.

The 13-team tournament at the home course of the Florida Gators concludes on Sunday.   Clemson improved from 10th place to seventh place by improving from a 304 team score to 293 in the second round. Clemson’s improvement tied for the second best from round one to round two.

“We got off to a rough start in the morning, but played much better in the afternoon,” said Head Coach Kelley Hester. “Playing 36 holes in one day can be challenging, but I am proud of our young ladies who fought hard and showed an 11-shot improvement in the afternoon.”

Legacy struggled in the morning round, but had three birdies on her way to a two over par 72 in the afternoon, the low round of the day by a Clemson golfer. She has a 151 total after two rounds, good enough for 38th place.

Alice Hewson and Kennedy Swann are the top Tigers after 36 holes with 148 totals as both young ladies had consecutive rounds of 74. They are tied for 21st in the field of 78 golfers.

Ana Paula Valdes also showed improvement in the afternoon round with a 73 after an opening round 77.  Her 150 total is tied for 30th.   Marisa Messana had rounds of 83 and 84.   Jessica Hoang played as an individual and rounds of 77-75 and is in a tie for 47th.

The final round will begin at 8:15 a.m. and live scoring will be available on golfstat.com.