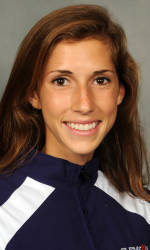 BOONE, NC – The Clemson women finished runner-up and the men’s team was fourth Friday afternoon at the Mountaineer Open on the campus of Appalachian State University. It was the second meet of the young season for the Tiger cross country teams.

The women tallied 60 points, finishing behind only the host Mountaineers (49). UNC Wilmington was third out of 10 teams in the women’s race with 65 points. On the men’s side, Ohio State won with 27 points. Queens University recorded 41, while Appalachian State was third with 68. Clemson was fourth with 106 total points.

Kelsey Armstrong, ACC Performer-of-the-Week on Sept. 7, was well back but did manage a third-place finish. She had a time of 18:47.54 in her first trip to Boone.

The teams return to action on Friday, Oct. 2 for the Charlotte Invitational.