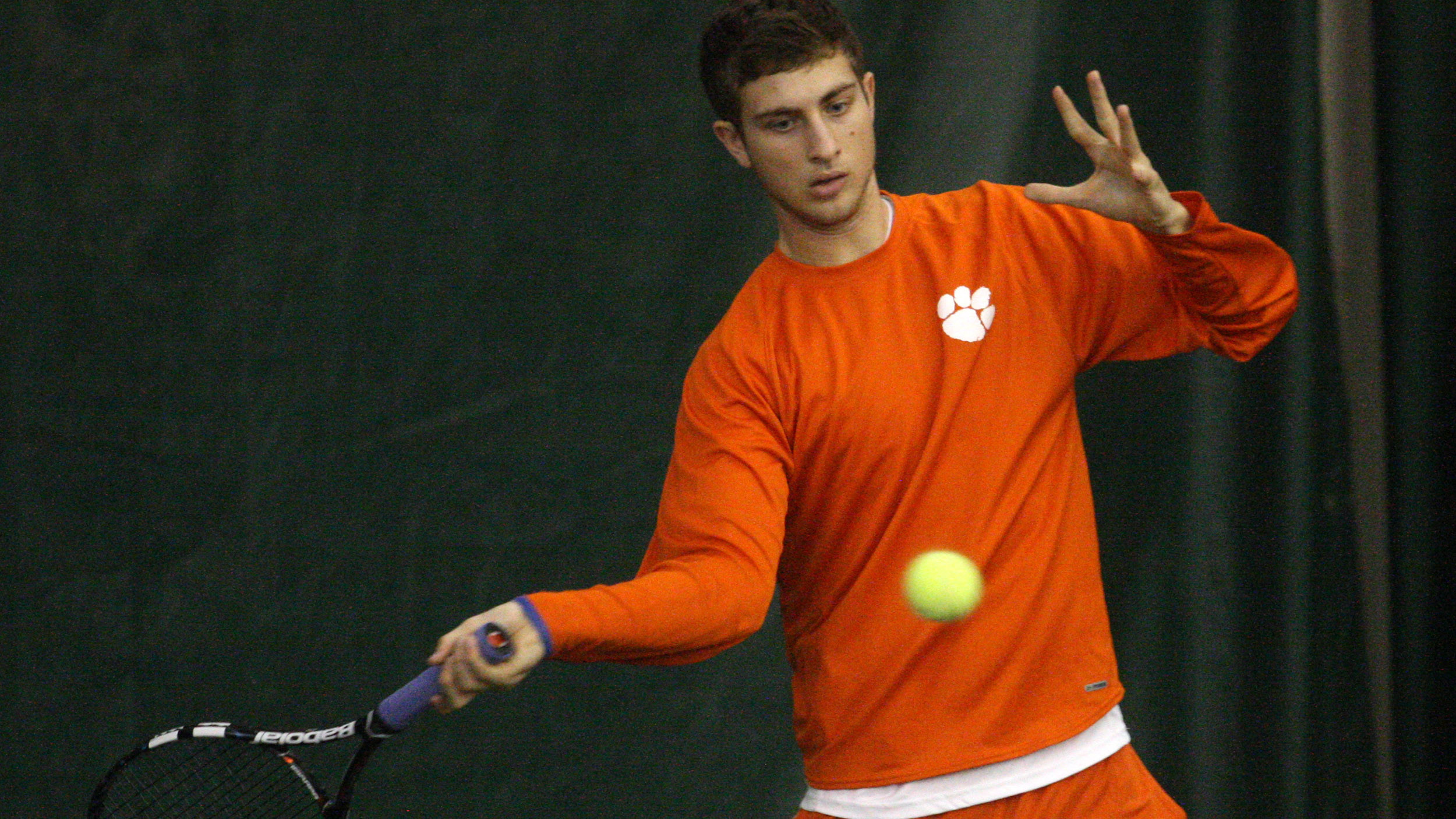 Clemson Will Play Host to Alabama and Louisville this Weekend

CLEMSON, SC – The Clemson men’s tennis team will play host to #45 Alabama on Friday and #35 Louisville on Sunday at the Hoke Sloan Tennis Center.  The Alabama match will begin at 2:30 p.m. on Friday, and the Louisville match will start at 11:00 a.m. on Sunday.Clemson has a 6-1 record overall this season, and is ranked 57th nationally. The Tigers are led by Yannick Maden who has a 11-4 record overall and a 5-1 mark in dual matches. He, along with his brother, Dominique compose the #10-ranked doubles team in the nation.  The Maden duo has a 15-3 record overall in doubles and a 5-0 mark in dual match play.Alabama has a 7-2 record overall this season.  Alabama has two players ranked nationally in singles as freshman Becker O’Shaughnessey earned the number 86 spot in the latest installment of ITA rankings, while senior Jarryd Botha came in at the 122 position.Louisville has a 5-5 record overall this season.  The Cardinals will play a double header with Wright State and Eastern Kentucky on Friday in Louisville.The Cardinals’ Sebastian Stiefelmeyer stands at number 115 in the latest ITA singles rankings with a 13-10 record in singles.  Sophomore Chris Simich carries a team-best 17-7 record in singles and is 6-3 in dual matches, playing mostly at number-three singles.Louisville’s Albert Wagner and Alex Gornet are ranked 31st in doubles rankings with a 13-3 overall record, 6-2 mark in dual matches.This will be the 17th meeting between Clemson and Alabama on the tennis courts.  The Crimson Tide leads the overall series 12-4. The two teams first met in the 1941 season. This will be the fourth meeting between Clemson and Louisville in tennis.  The Cardinals lead the overall series that began in 1998, 3-0.On Friday, fans attending the Clemson-Alabama match will receive a free t-shirt.