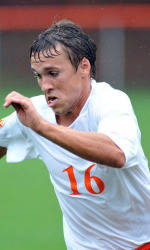 The Tigers are led in scoring by Nathan Thornton with four goals and one assist for nine points. Tommy Drake both have five points on the year. This will be the ninth meeting between Clemson and St. Louis. The Tigers lead the overall series 4-3-1. The series started in 1974.