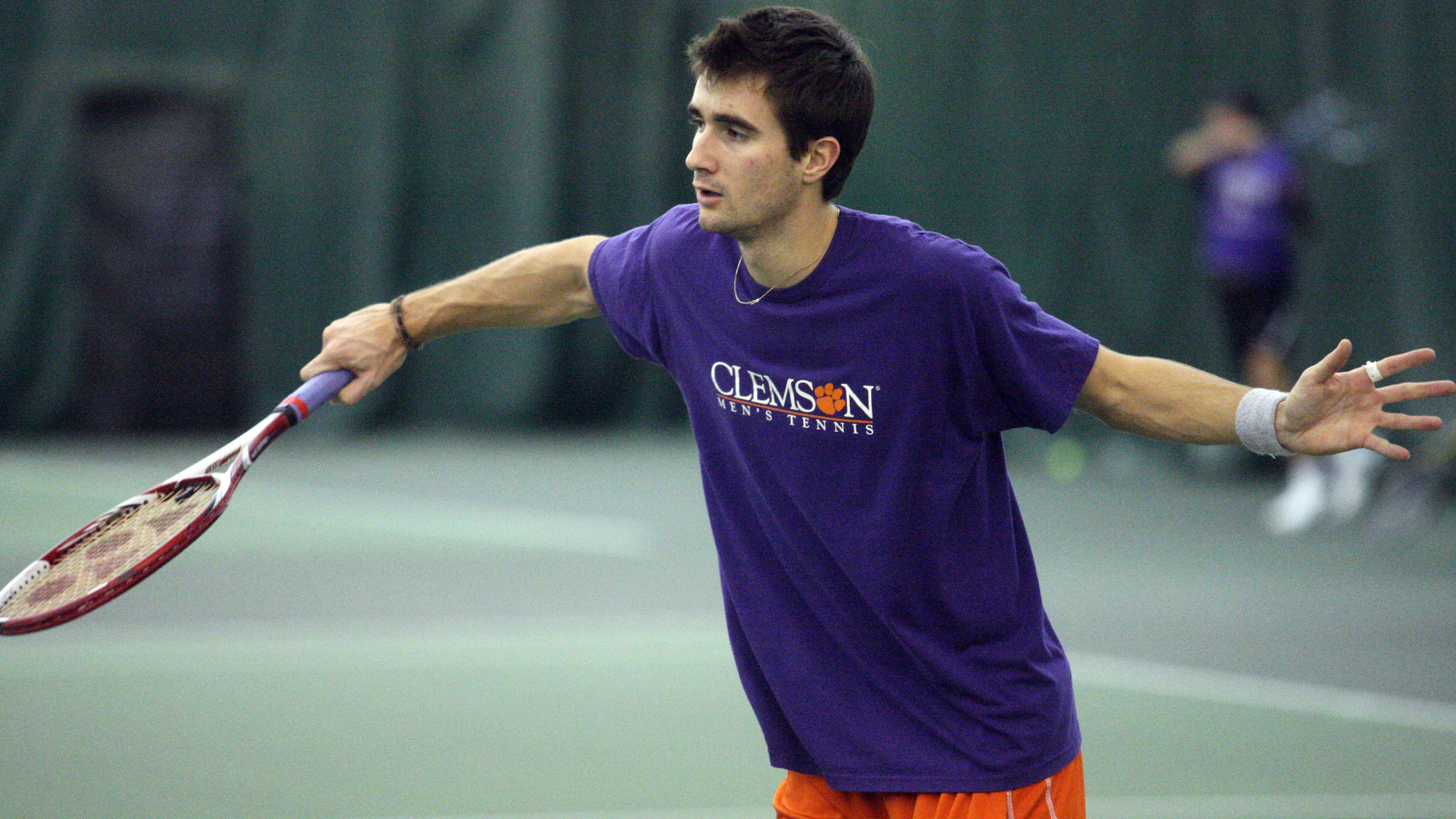 Clemson Will Play at #6 Georgia on Thursday

CLEMSON, SC – The Clemson men’s tennis team will play at sixth-ranked Georgia on Thursday, January 31, at 4 p.m. at the Lindsey Hopkins Indoor Facility in Athens, GA.  Clemson goes to Georgia sporting a 5-0 record, most recently capturing a 4-0 upset victory over 51st-ranked Brown on the road last weekend.The Tigers are led by #75-ranked Yannick Maden‘s 10-3 singles record, including a mark of 4-0 at the number-one position 1 spot.  Hunter Harrington owns the second-most wins on the squad at 7-3.  The doubles team of Yannick and Dominique Maden are ranked 18th nationally and enter at 15-3 overall, and 5-0 the number-one position in dual matches.

The Bulldogs are ranked sixth nationally, and have a 2-0 record this season. Georgia has three players ranked in the singles top 20 in KU Singh (No. 8), Hernus Pieters (No. 16), and Nathan Pasha (No. 19).  In doubles, the team of Pieters and freshman Ben Wagland are number five.This will be the 62nd meeting between Clemson and Georgia on the tennis courts. Georgia leads the overall series 48-13.  The first match in the series was in 1937.