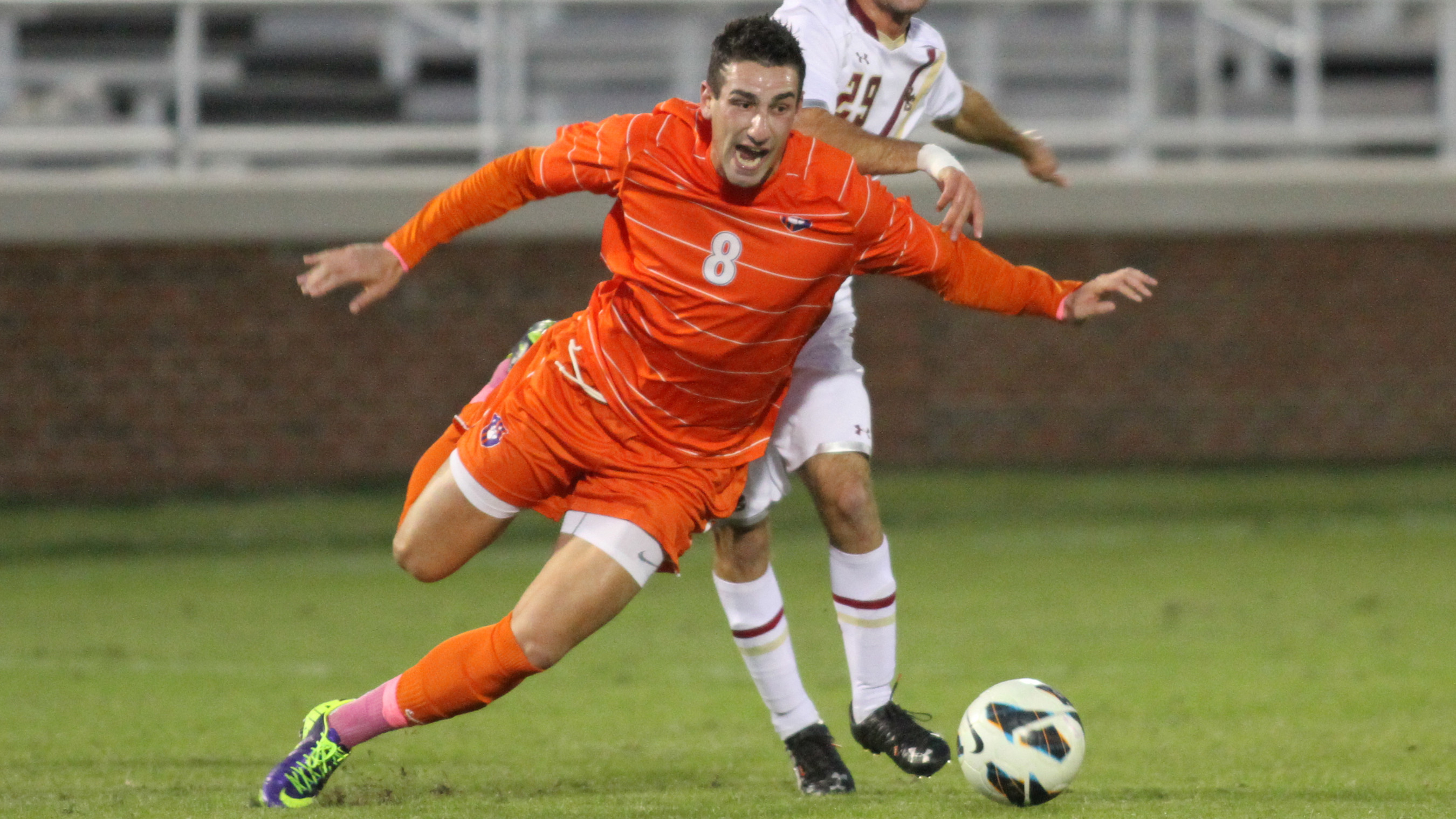 CLEMSON, SC – The Clemson men’s soccer team will play host to ninth-ranked North Carolina Tuesday night at 7:00 p.m. at Historic Riggs Field in the ACC Tournament’s quarterfinal round. Clemson, seeded fourth in the tournament, has a 10-6-2 mark overall and finished with a 5-4-2 mark in the ACC. The Tigers are led in scoring by Thomas McNamara.  He has seven goals and seven assists for 21 points this season.  Ara Amirkhanian has six goals and two assists for 14 points. The Tar Heels, seeded fifth in the tournament, have an 8-4-5 mark overall, and finished with a 4-2-5 record in league play. The winner of this match will play the winner of the Maryland/Boston College match on Friday evening at 5:30 p.m. at the Maryland SoccerPlex in Germantown MD. Clemson defeated the Tar Heels 2-1, earlier this season on October 8, in Chapel Hill, NC.  At the time, North Carolina was ranked sixth in the nation.

TICKET INFORMATIONTickets for Tuesday night’s ACC quarterfinal round men’s soccer game between Clemson and North Carolina at Historic Riggs Field are now available for sale on ClemsonTigers.com.  Tickets are $8 for adults and $5 for youth/seniors.  Tickets are free for any student with an ACC school ID.  Click HERE to purchase tickets.