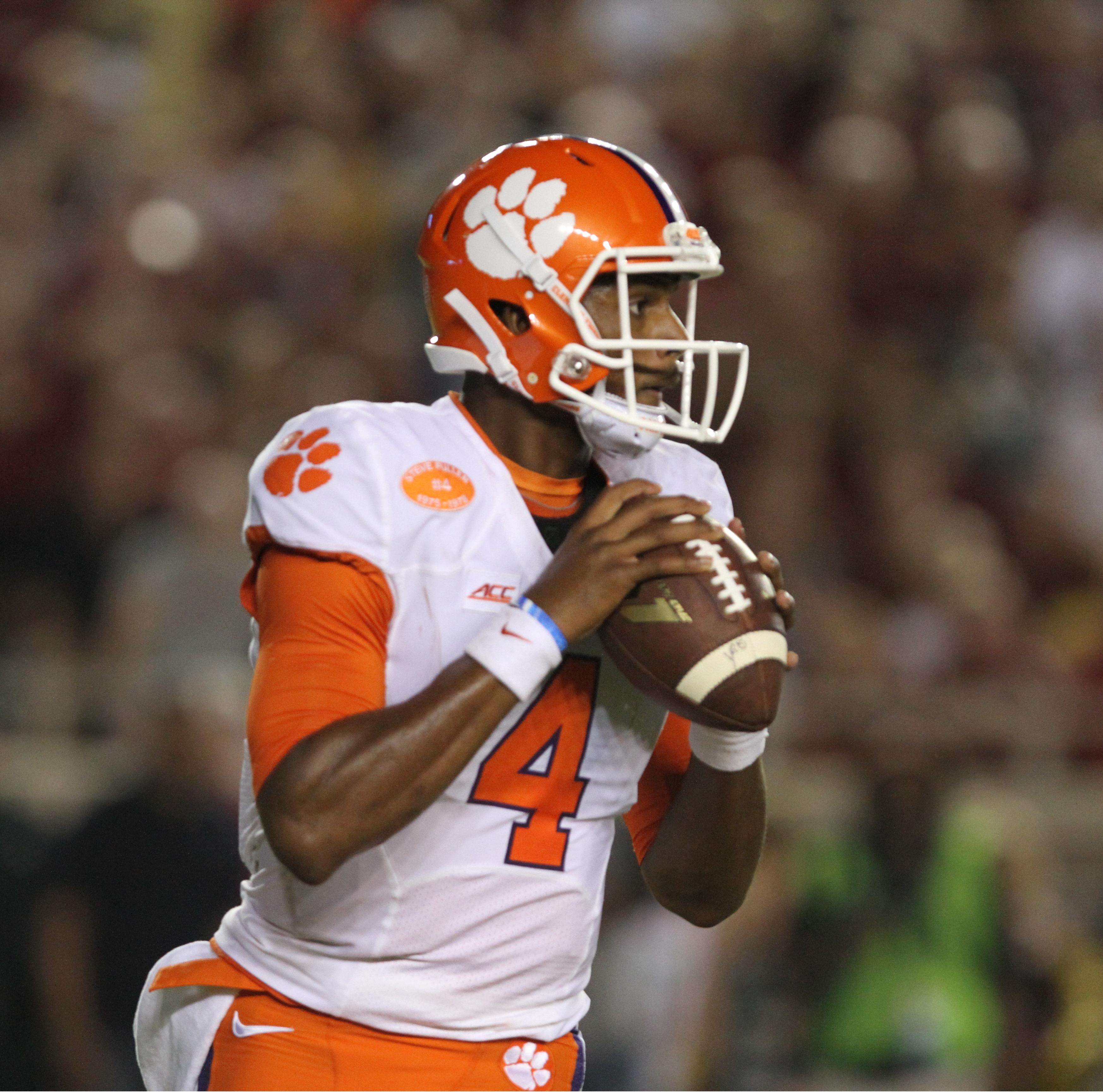 The ACC announced that North Carolina at Clemson will kickoff at 7 p.m. ET on ESPNU. See the full release below.

ESPN has declared a six day option for three games. Those game times and networks will be announced no later than noon on this Sunday (Sept. 21). [Now listed below]

All times are Eastern.*Networks, game times announced no later than by noon on Sunday, Sept. 21.