EAST LANSING, MI – The Clemson volleyball team, ranked 27th nationally, opened its season Friday afternoon with a 15-7, 15-13, 15-9 win over 16th-ranked Texas A&M in the Michigan State Volleyball Classic in East Lansing, MI. The win marked only the sixth time in team history that Clemson has beaten a ranked opponent.

The Tigers were led by senior Cindy Stern, who finished the match with 11 kills and one error in 21 attempts for a .476 hitting percentage. Seniors Emily Gorla and Alison Coday each had 13 kills in the win to lead Clemson, and Gorla led the team with 17 digs. Junior Heidi Cooper led the team with two service aces.

Freshman setter Jessi Betcher had 49 assists in the first match of her career, while rookie Mallory Benson finished the match with seven kills and two errors in 16 attempts for a .313 attack percentage. Benson also recorded two block solos and one block assist.

Clemson (1-0) will take on Eastern Kentucky Friday night at 6 p.m. in the team’s second match of the tournament. On Saturday Clemson will face Cleveland State at 11 a.m. before concluding the tournament with a match versus #22 Michigan State at 8 p.m. 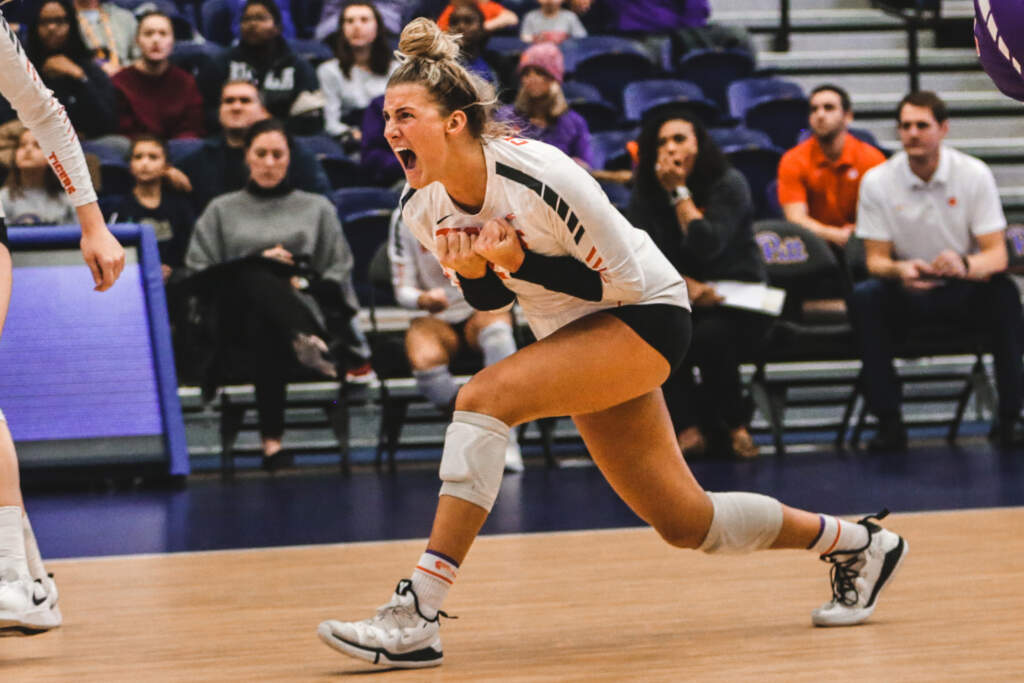 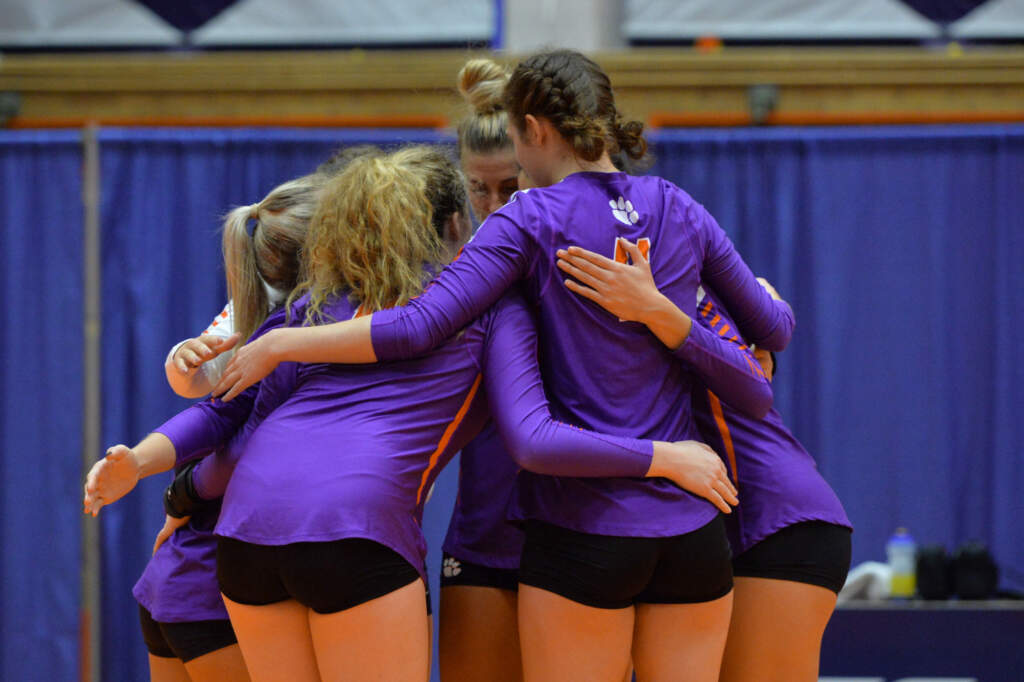