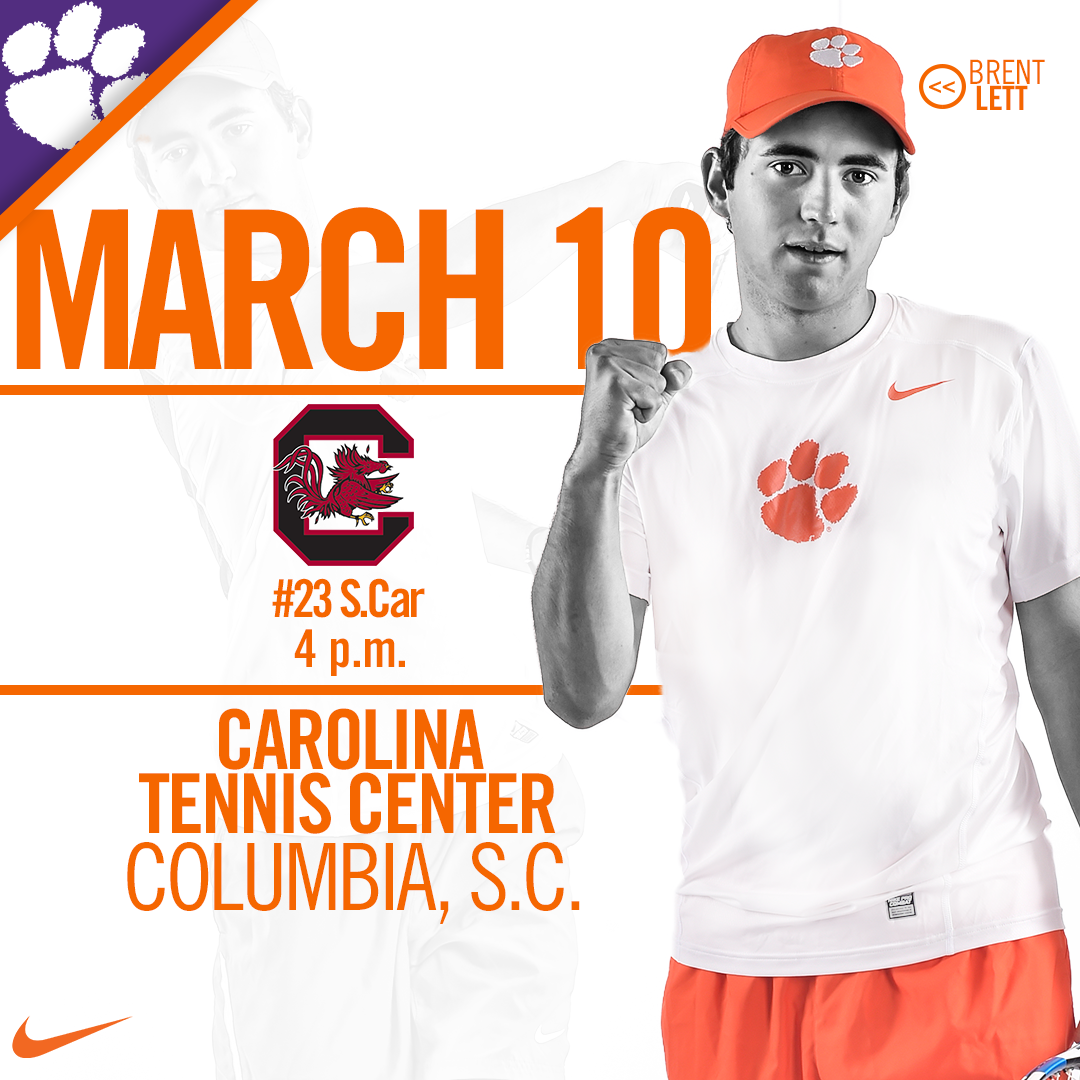 Clemson Travels to No. 23 South Carolina

MATCH INFORMATION vs. No. 23 South Carolina

Clemson looks to defeat the Gamecocks for the first time since 2014 and shake off a current three-match losing skid. With a win, the Tigers can take an 8-6 lead in the Certified SC Grown Palmetto Series. South Carolina has dropped two of their last three matches losing to Rice and No. 27 Texas A&M. The loss to Texas A&M is the only loss at home this year for the Gamecocks.