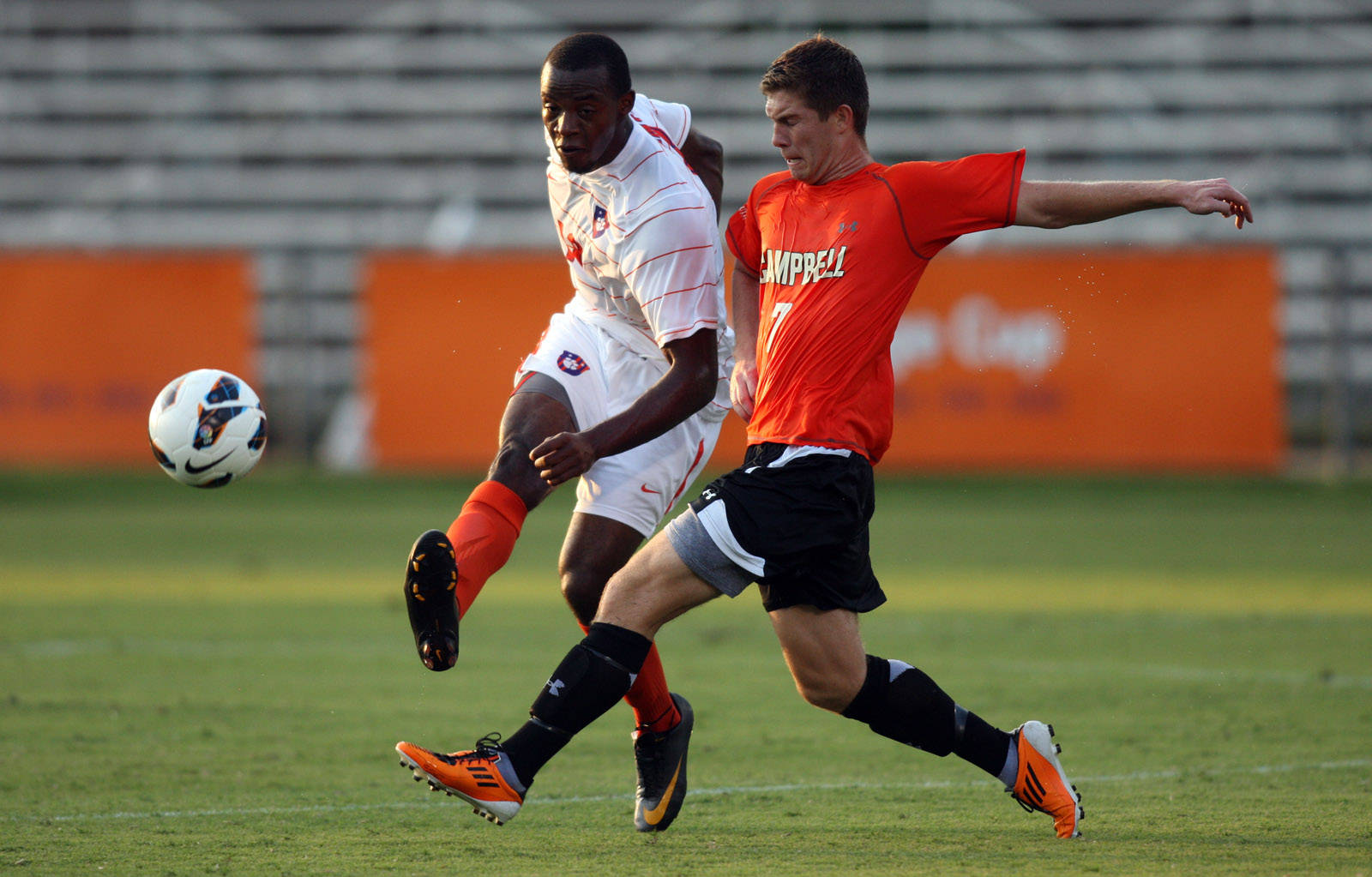 Clemson To Participate in Indiana Classic This Weekend

CLEMSON, SC–The Clemson Men’s Soccer team will play Indiana on Friday and Notre Dame on Sunday in the Indiana Classic at Bloomington, IN. Clemson has a 1-0-1 record this season.   The Tigers defeated USC Upstate 1-0 in the season opener last Friday, and played to a 1-1 tie with Davidson last Tuesday.   Indiana is ranked eighth in the Soccer America poll and 10th by the NSCAA poll.    The Hoosiers are 2-0 on the year and are led by Eriq Zavaleta with three goals.   Notre Dame has a 1-0 record this season.  The Fighting Irish is ranked 15th by Soccer America. Clemson will play Indiana on Friday at 7:30 p.m. and Notre Dame on Sunday at 11:30 a.m.    This will be the 11th meeting between Clemson and Indiana on the soccer field.    Indiana leads the overall series 5-4-1.      In 1984, Clemson defeated the Hoosiers 2-1 in Seattle, Washington to claim the National Championship. In 1987, The Tigers’ Bruce Murray scored the winning goal to lead the Tigers to a 2-1 victory over Indiana in Bloomington, IN in the NCAA Tournament’s Round of 16.   Clemson went on to win the National Championship that season. Clemson and Indiana tied 1-1 in the last meeting between the two schools exactly 10 years ago, as the two teams played on 8-31-2002. The Tigers have won the Indiana Classic twice in 1985 and 2002.   This is the fifth time the Tigers have participated in this prestigious tournament.  Clemson is 2-0 in the series with Notre Dame.  Clemson defeated the Irish 4-0 on 9-9-2001 at Greenville, SC in the Furman Tournament.    The unranked Tigers upset the 21st-ranked Irish in the first-ever meeting between the two schools. Clemson defeated the Irish on 11-27-2005, in the NCAA Round of 16 at Historic Riggs Field.     Clemson advanced to the College Cup that season.