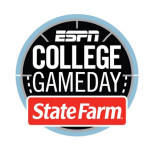 Clemson to Host Duke and ESPN College GameDay on January 23, 2010

CLEMSON, SC – ESPN announced Tuesday that Clemson will serve as one of the host sites for the network’s popular basketball series, College GameDay, this upcoming season. Two one-hour shows (11:00 a.m. and 8:00 p.m. Eastern) will originate from Littlejohn Coliseum on Jan. 23, 2010 for the Clemson vs. Duke game. The Tigers and Blue Devils will square off on ESPN at 9:00 p.m.

“We are delighted to be hosting ESPN College GameDay,” said Oliver Purnell, head coach of the Tigers. “This is another first for Clemson basketball. I think that speaks to the positive direction of our program. This will showcase not only our basketball program, but also our great university.”

As Purnell mentioned, this is Clemson’s first appearance on ESPN College GameDay. The series, which is in its sixth season, will make four first-time stops in 2010. Other first-time hosts include Illinois, Kansas State and Washington. The Clemson/Duke game will be one of two ACC tilts featured this season, with the other being North Carolina at Duke on Mar. 6. In total, the series will feature eight consecutive weeks of coverage beginning with a Jan. 16 women’s game in Storrs, Conn.

“I am looking forward to going to Clemson for College GameDay,” said Digger Phelps, former Notre Dame coach who serves as an analyst for the show. “Since we started the program five years ago, I thought Clemson could challenge any of the places we have visited. The support of the student body and their fans will challenge anything you see at Pauley Pavilion, Allen Fieldhouse or Cameron Indoor Stadium. Oliver Purnell has done a great job at Clemson. I will be there and ready to dance!”

Purnell has taken Clemson to an improvement in its overall winning percentage five straight seasons, something only one other coach (Bobby Cremins, Georgia Tech) in ACC history has done. The Tigers were 23-9 last season and advanced to the NCAA Tournament for the second straight year. Clemson has 72 wins over the last three seasons, third in the ACC behind only North Carolina and Duke.

Clemson’s entire schedule for the 2009-10 season will be announced at a later date.