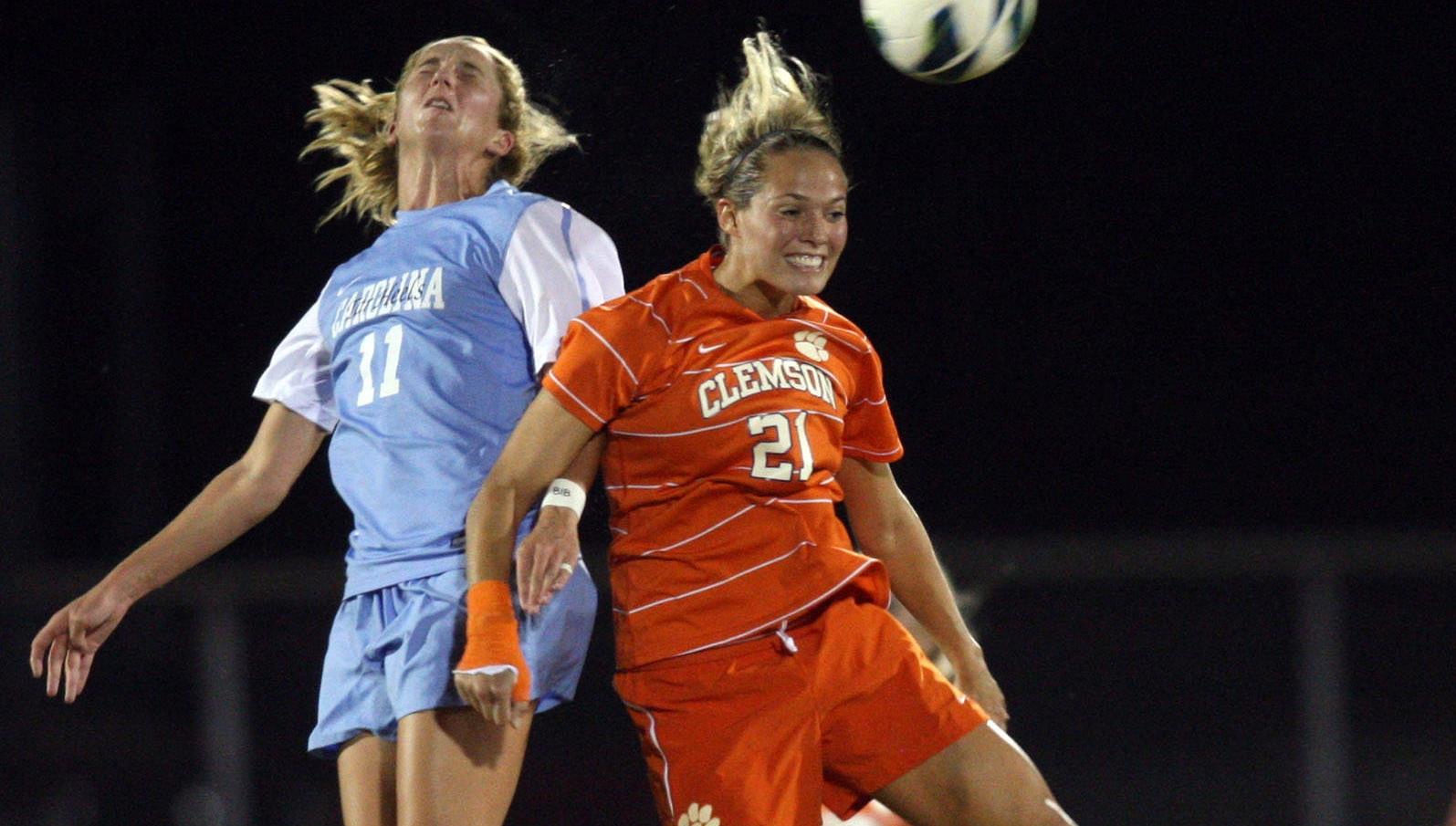 CLEMSON, SC – The Clemson women’s soccer team will honor seniors Maddy Elder and Heather Marik on Sunday afternoon prior to their 1:00 PM contest against NC State at Historic Riggs Field.  The game between the Tigers and the Wolfpack will be broadcast live on TigerCast on ClemsonTigers.com.

Elder and Marik are both four-year starters for the program.  Elder led the team in scoring as a freshman, sophomore and junior and has 23 goals and 16 assists for her career.  Marik has anchored the Clemson back line for four seasons, starting 67 of 72 games and notching 5,723 minutes on the field for the Tigers.

Sophomore forward Liska Dobberstein, who has four goals for eight points on the season, leads the Tigers in scoring.  Junior forward Tabitha Padgett ranks second in scoring with two goals and three assists for seven points, and Elder ranks third with six assists for six points.

Hunter Rittgers has recorded 58 saves in over 1,226 minutes in goal for the Tigers.  The freshman currently ranks in a tie for second among all Atlantic Coast Conference goalkeepers in saves and ranks third in saves per game with a 3.87 average.

NC State has a 5-12 overall record (0-8 ACC) and is coming off of a 4-2 loss to #13 Wake Forest on Thursday in Winston-Salem.  Jennie Krauser leads the Wolfpack in scoring with five goals and two assists for 12 points.  Victoria Hopkins has posted 78 saves in 1,310 minutes in goal for NC State.

Clemson has a 13-5-4 overall advantage in the series against NC State, however, the Wolfpack has won the most recent three meetings between the two teams.  The last meeting between the Tigers and NC State at Historic Riggs Field was a 1-0 victory for the Wolfpack on September 23, 2010.