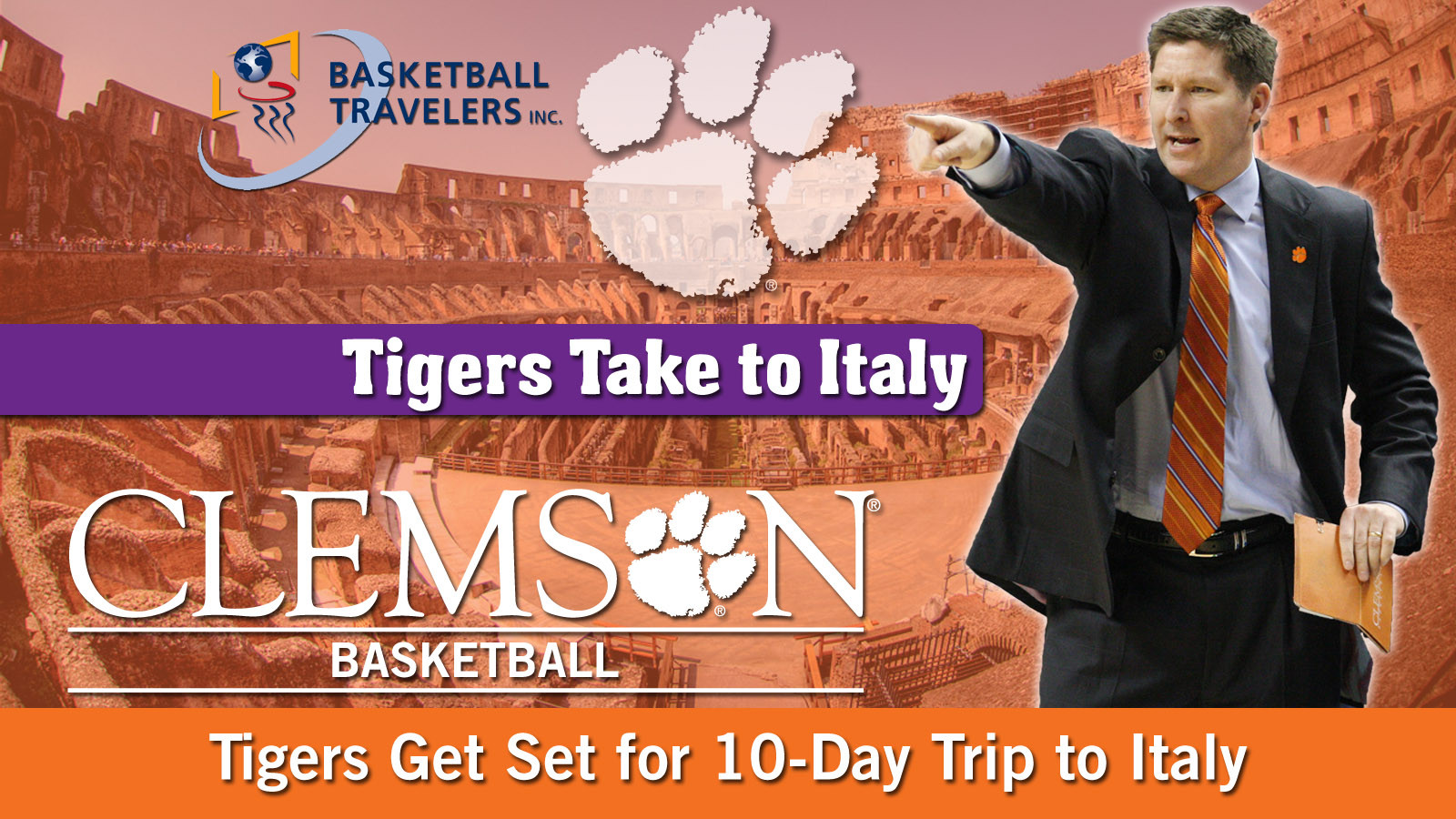 CLEMSON, SC – The Clemson men’s basketball team will embark on a tour of Italy on Thursday, Aug. 8 that will last through Sunday, Aug. 18. The Tigers will stay in four different cities and play four games against various clubs and all-star teams from Italy. Clemson’s 10-day tour will be coordinated by Basketball Travelers, Inc.

This will be Clemson’s first international trip of any kind since the 2007-08 team went on a Labor Day weekend excursion to the Bahamas. The only true summer foreign tour for Clemson men’s basketball took place in the summer of 1981, when Bill Foster’s team went to Brazil. The NCAA allows foreign trips every four years in men’s basketball.

“Our main goals are getting guys to spend time with each other and develop a new identity and personality,” said Head Coach Brad Brownell. “You watch different guys become leaders for the first time. We are young, with no seniors on our team. Some guys, such as Landry Nnoko, will play meaningful minutes for the first time in a game situation. It’s not as much as basketball Xs and Os and wins and losses, it’s about experience.”

The trip begins with a flight from Atlanta, GA on Thursday, Aug. 8 that lands in Rome, Italy on the morning of Friday, Aug. 9. Clemson will play games on Aug. 10, 12, 14 and 17. The Tigers will also visit Florence, Venice and Lake Como over the course of the tour, playing games at each stop. Sightseeing will be done in groups and individually over the duration of the trip.

Clemson is allowed 10 practices prior to the trip, and Brownell’s team used the first two last week. The Tigers return to the practice court on Tuesday. One of the major differences will be the rules that govern international basketball. Clemson will play each team in Italy utilizing FIBA regulations, including four 10-minute periods and a 24-second shot clock. The Tigers are also practicing with FIBA balls, which differ slightly from those used in the United States.

“The trip will help us prepare offensively, from the standpoint of playing at a faster pace,” Brownell said. “The 24-second shot clock will be used, and we’re emphasizing quick decisions in the half court with our players. Defensively, we will start emphasizing more fullcourt pressure. This year’s team should be deeper than last year. With the added depth, we want to pick up full court and be more aggressive defensively. That’s what we want to see from our guys in the next seven or eight practices.”