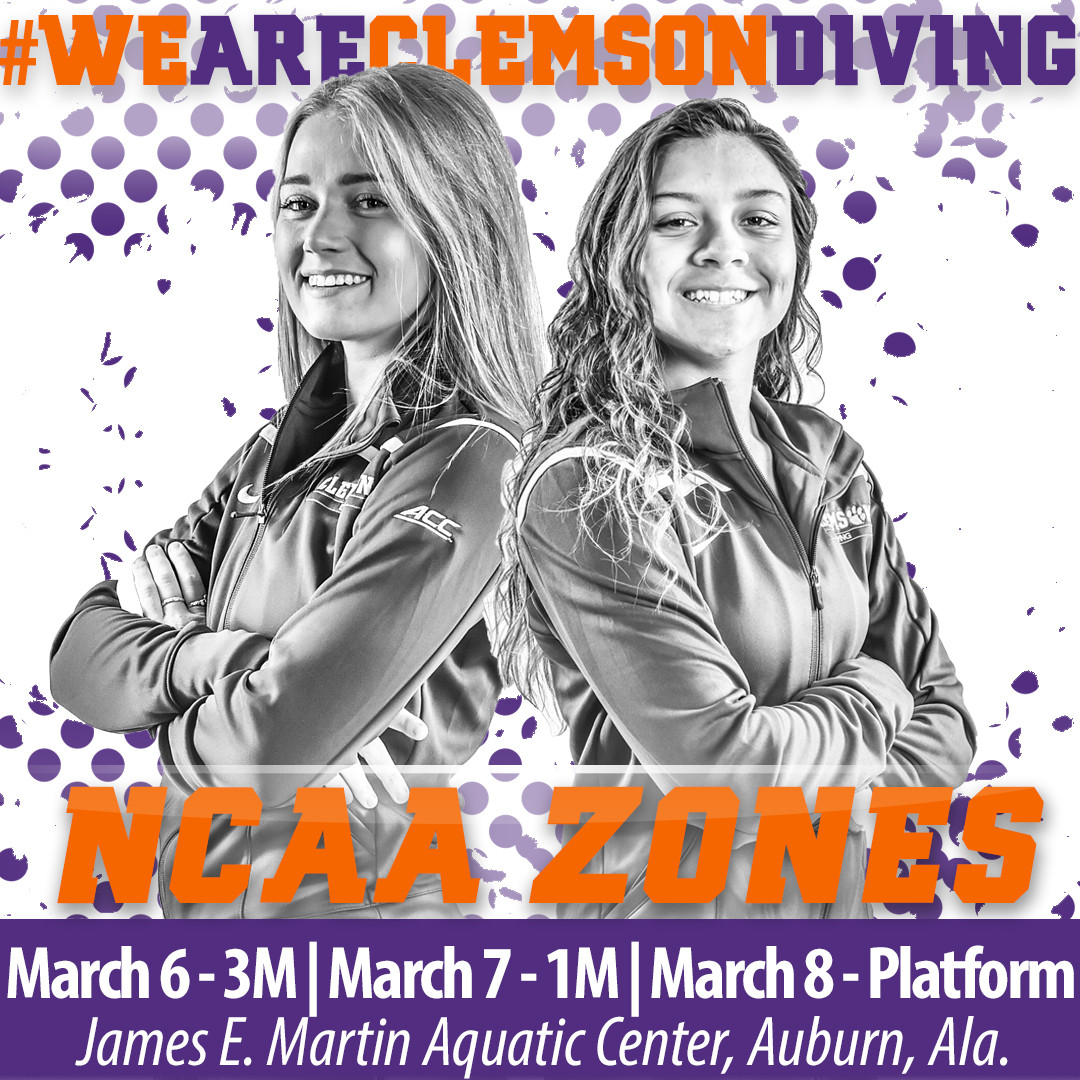 Clemson to Compete at NCAA Zones March 6-8 in Auburn, Ala.

CLEMSON, S.C. – The Clemson diving team competes at the NCAA Zone B Diving Championships on March 6-8 at the James E. Martin Aquatic Center in Auburn, Ala. The three-meter competition is set for Monday, March 6, followed by the one-meter on Tuesday, March 7 and the platform on Wednesday, March 8.

Seven Tigers, seniors Sarah Braun and Danielle Reitsma, junior Hannah Donovan, sophomores Sarah Blank, Jaya Brown and Caylin Hirapara and freshman Freida Lim, are set to compete in the NCAA regional meet, which consists of preliminaries and finals for each of the three events. The top 10 divers from the one-meter, top nine from the three-meter and top seven from the platform will earn a spot to compete at the 2017 NCAA Championships on March 6-18 in Indianapolis, Ind.

Clemson is coming off an impressive finish at the 2017 ACC Championships on Feb. 13-16 in Atlanta, Ga., where the team finished third among league teams in terms of diving scores only. Reitsma reached the finals in two events, placing fourth in the platform and fifth in the one-meter. Lim also finaled in the platform, and finished second, earning All-ACC honors, the first Tiger diver to do so since 2008.