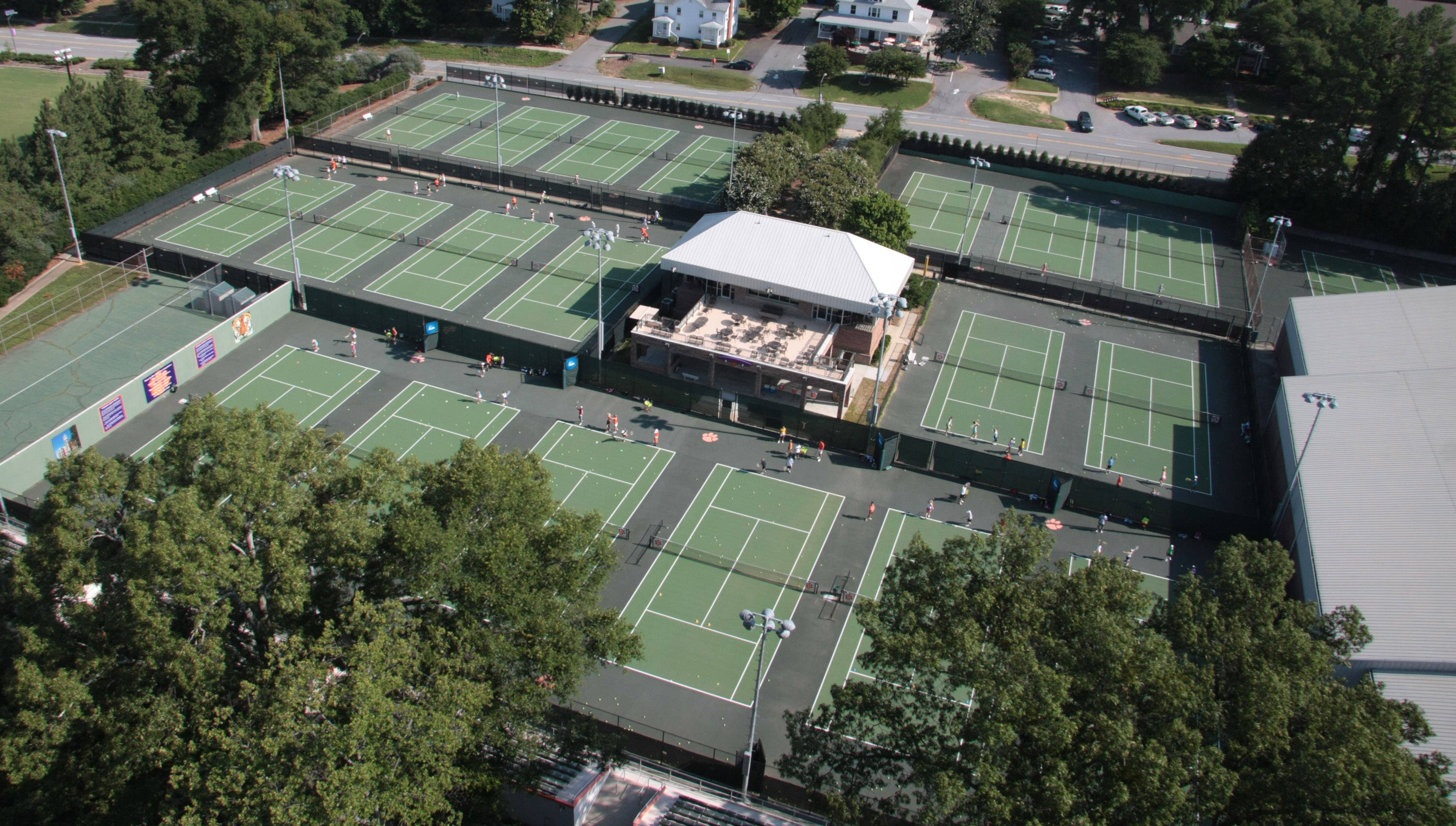 CLEMSON, SC – The Clemson tennis programs will play host to the second annual Duckworth Fall Tennis Classic at the Hoke Sloan Tennis Center from Oct. 12-14. Twenty-four teams overall will participate, including 18 women’s teams and six men’s teams. There will be twelve women’s singles flights and six doubles flights, as well as four men’s singles and and two doubles flights. Matches will be played on 19 of Clemson’s outdoor courts. The tentative schedule is to have one round of doubles and two rounds of singles on Friday, beginning at 9:00 am. Saturday will include the singles finals, as well as the doubles second round, also beginning at 9:00 am. Sunday will be just the doubles finals, beginning at 9:00 am. The women’s teams participating are Clemson, Wofford, Furman, Tennessee, USC Upstate, Troy, South Alabama, Mercer, UT Chattanooga, Charleston Southern, Clayton State, Citadel, Augusta State, Brenau, Armstrong Atlantic, Emory, Lipscomb, VCU, Kennesaw State.Men’s teams will include Clemson, Citadel, Lipscomb, Mercer, Augusta State, Wofford, and Armstrong Atlantic.Results will be available at the end of each day at Clemsontigers.com. Each day’s action is free to the public, and begin at 9:00 am on 19 of the courts around the tennis center.The tournament pays tribute to Ed and Jane Duckworth of Atlanta, for whom the recent addition of the Pavilion at the tennis center is named. The Duckworths are very active around the program, and have made many contributions to the tennis facility, as well as head up several other initiatives around the Athletic Department.