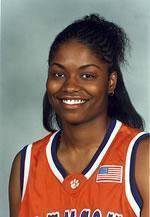 The Clemson women’s basketball team is in California this week to take on two non-conference foes in UCLA and San Diego. The Lady Tigers take on UCLA at Pauley Pavilion at 7:00 PST on Wednesday, November 24. Clemson then travels south to San Diego to take on the Toreros on Friday at 7:00 PST.

The Lady Tigers and Bruins have met just once previously on the hardwood, with Clemson prevailing 79-62 during the Great Alaska Shootout in the 1994-95 season. Clemson and San Diego have never met before in women’s basketball.

The Lady Tigers have been led in scoring both games by Reggie Maddox, a junior college transfer. She had 11 points in both games as Clemson’s only double-figure scorer. Maddox also is contributing in other areas with 5.5 assists and 4.5 rebounds per game. Lauren Allen is off to a good start for Clemson, as she averages 9.0 points and a team-best 8.0 rebounds per game through the first two games this season.

UCLA also comes into Wednesday evening’s matchup with a 1-1 record, winning over Gardner-Webb but falling to TCU during the Miami Jam tournament last weekend. Nikki Blue and Noelle Quinn, both preseason watch list performers, lead the Bruins. Quinn led UCLA with 20 points, nine rebounds, and six assists in the 89-48 win over Gardner-Webb.