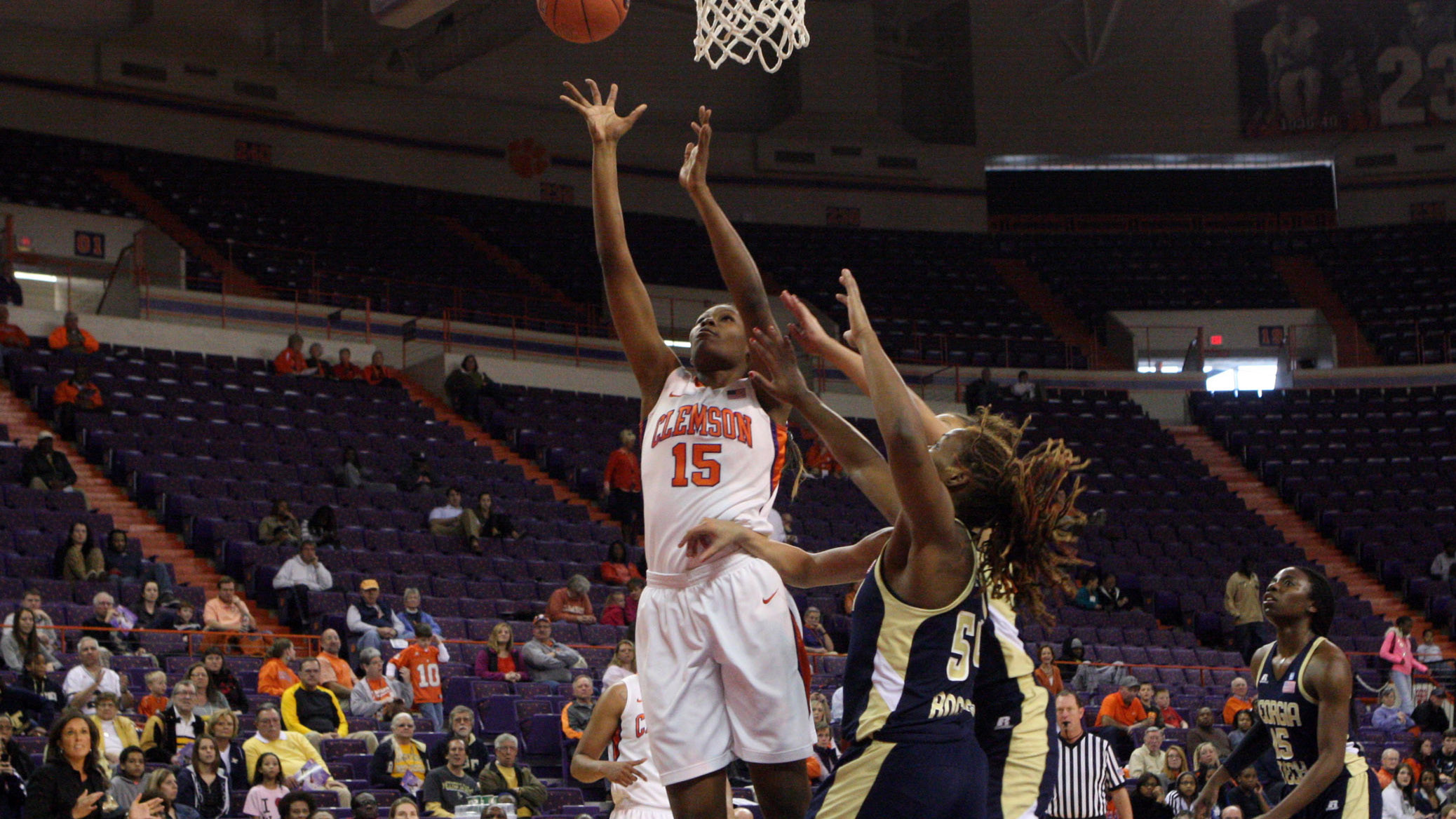 CLEMSON, SC – The Clemson women’s basketball team will play host to Boston College (7-7, 1-2 ACC) on Sunday at 1:00 pm in a game that will be televised on RSN (affiliates). Clemson (4-11, 0-4 ACC) will kick off a new Student Rewards Program for the contest, and will give away a 5-foot-by-3-foot Clemson flag to the first 50 students to sign up.

Livestats will also be available at ClemsonTigers.com, and fans can watch the game on ESPN3 on the web. The contest will be radio-broadcast on WCCP-FM in the local Clemson area, and on ClemsonTigers.com for those outside the local area. Additionally, the Orange Brigade will hold a meeting after the game on concourse level.

Boston College has won two in a row in the series and holds a 6-2 lead in the all-time series. The Tigers will make a return trip to Chestnut Hill in February, the first time that the two schools are scheduled to meet twice in the same season.

Erik Johnson is in his first season at Boston College, and did not face Clemson while leading the program at the University of Denver.

Clemson has dropped four conference games to start the season, with each coming against four of the top five teams in the preseason ACC poll. They have a combined record of 50-11, and have each earned a national ranking at some point this season.

Nikki Dixon leads Clemson in scoring at 14.3 per contest, which ranks 10th overall in the ACC. In league play, her 17.3 ppg average is fifth among league players. She’s also had two or more steals in all but two games this season, ranking fifth in the ACC at 2.7 per game.

Quinyotta Pettaway led all players the other night against No. 4 Duke with eight rebounds, and ranks fourth in the ACC at 9.4 per contest, while also pulling down 12.8 in ACC play, leading all players.

Aisha Turner has scored 13 points in each of the past two games, and ranks in the top five in the ACC with 4.5 assists per game in ACC play, and is second among all conference freshmen at 3.3 per game overall.

After playing BC, Clemson will travel to Wake Forest for a Thursday contest in Winston-Salem in a game that tips at 6:30 pm in LJVMC.