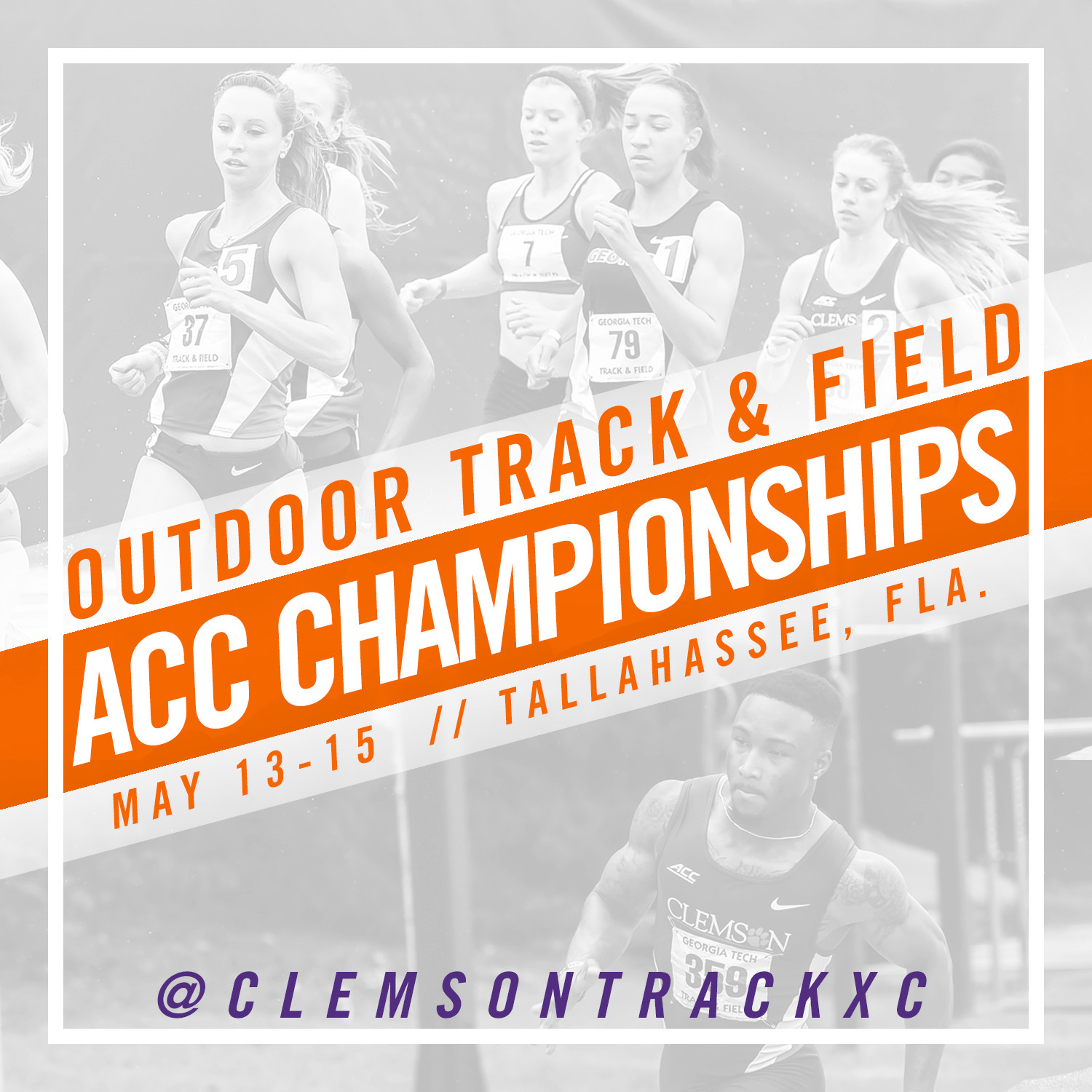 TALLAHASSEE, Fla. – Following their second place finishes at the indoor ACC Championships and enduring the outdoor regular season, the Tigers couldn’t be more prepared for this weekend’s outdoor ACC Championships in Tallahassee, Florida. The championship meet is set to take place from Friday, May 13 through Sunday May 15.

This outdoor campaign was defined by the men’s and women’s mid-distance runners as John Lewis has challenged the freshman record and head coach Mark Elliott’s women’s 800 meter crew has flourished throughout the season.

Lewis has cruised his way into Clemson history with strong marks in the men’s 800 meter run, currently sitting fourth all-time in the event. The freshman out of Cheltenham, Pennsylvania ran his personal best 1:48.19 at Auburn and followed up with a 1:48.66 his next time out.

Looking to continue their championship success on the men’s side are Tevin Hester, Jeffrey Green, Michael Cheeks and Cordell Lamb. Together, the four Tigers reigned in six medals, four of which were gold. Hester won the 60 and 200 meter events while Green won the 400 meter dash and anchored the golden 4×400 meter relay team. Lamb was a gold medalist with Green on the relay and he and Cheeks joined Green on the 400 meter dash podium, taking second and third.

Ersula Farrow and Brianna Blanton have led women’s 800 meter runners all outdoor season long as Farrow has made significant improvement since the indoor season and Blanton has ran a personal best each time she has stepped onto the track. Farrow’s outdoor season is highlighted by her 2:04.82 at LSU, placing her third in Clemson history. The freshman’s outdoor time is almost a full four seconds than her best indoor time, 2:08.27.

Blanton has been training for this weekend all year long as the redshirt senior out of Summerville, South Carolina had just an outdoor season left of eligibility entering 2016. In her final season as a Tiger, Blanton has run personal bests in the mile and the 800 meter run. She kicked off the season with a 4:51.20 mile and went on to advance to fourth all-time in Clemson history with a 2:06.55 in the 800m.

Also clicking at the right time is Tanisha Coppin as the last time she competed, she ran 2:05 as the third leg of Clemson’s 4×800 meter relay at the Penn Relays.