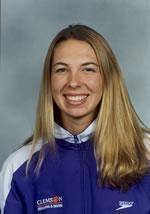 The Clemson men’s and women’s swimming and diving teams suffered losses to in-state rival South Carolina on Friday at the Carolina Natatorium. The final score for the men’s meet was 140-99, while the women’s competition ended with a 164-79 mark.

Ashley Shafer won the women’s 200 breaststroke competition with a time of 2:19.05. The time is Shafer’s career best in the event, and ranks as the ninth-fastest all-time at Clemson.

Clemson freshmen took top honors in the 50 freestyle as Rachel McLaurin won the women’s heat 23.93 and Vahle was victorious on the men’s side with a time of 20.68. Newcomer Liz Guindon won the 400 individual medley event with a time of 4:24.27.

Clemson returns to action on November 17-20 as the Tigers compete in the Nike Cup.