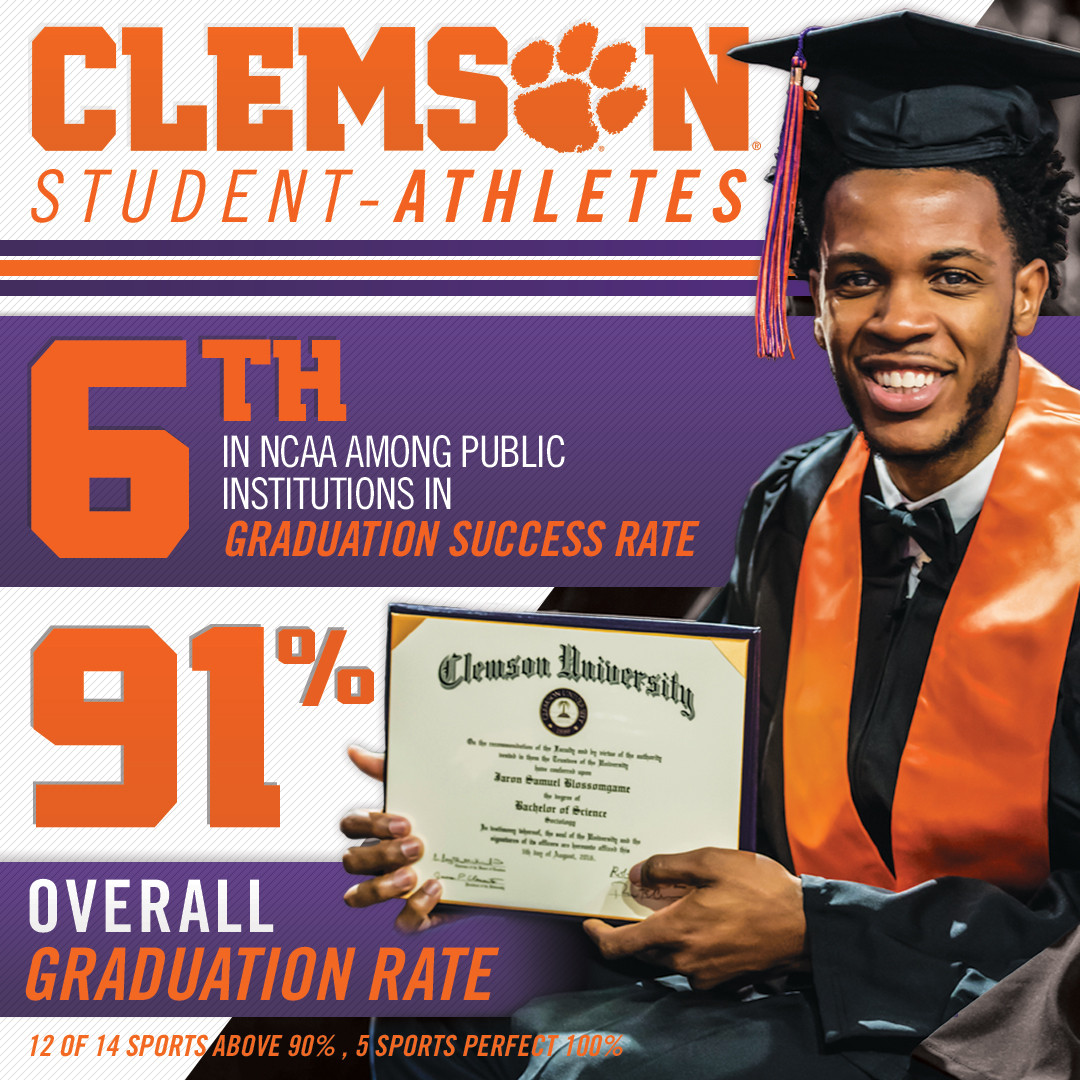 Clemson’s athletic department tied its school record with a 91% Graduation Success Rate in the NCAA’s most recent report released Tuesday, in which data from the incoming classes of 2006-09 academic years were included. The overall athletic department rate of 91 ties for sixth nationally among public institutions.

“The emphasis of our entire athletic department on graduating student-athletes is evident in these outstanding numbers reported each year,” Director of Athletics Dan Radakovich said. “It’s great to see the graduation success rate continue to show the results of the hard work of our student-athletes who have dedicated themselves in the classroom to achieve their degree.”

The football program posted an 84 percent graduation success rate for the second consecutive year, matching its highest since the data was first released in 1998. Baseball and men’s basketball improved by 11 and 9 points, recording 94 and 91 percent scores, respectively.

NOTES ON THE 91 OVERALL SCORE