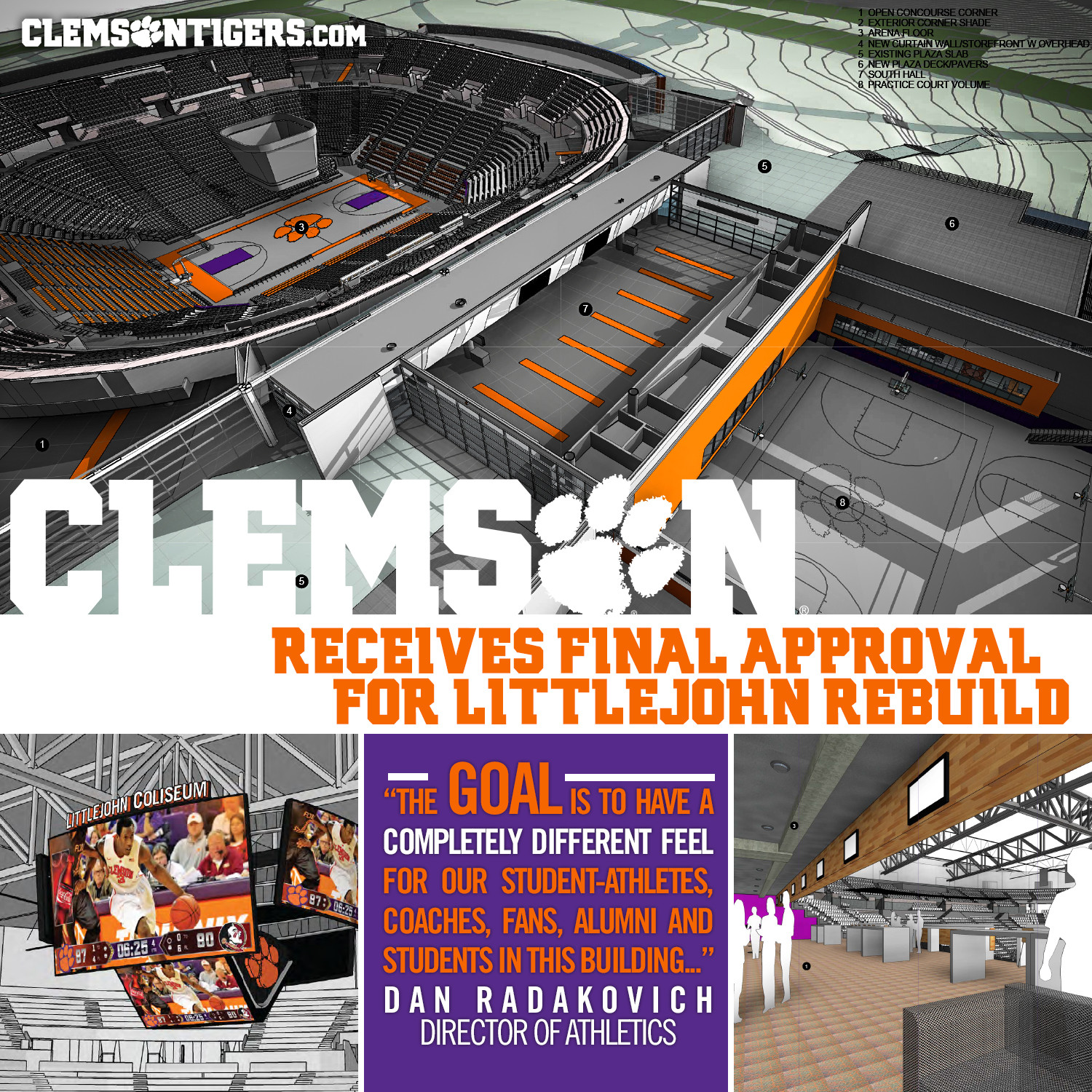 CLEMSON, S.C. – Clemson Athletics received final approval Wednesday from the South Carolina Budget and Control Board to begin renovation of Littlejohn Coliseum. The Board approved the construction project and issuance of bonds for the project, which is slated to cost $63.5 million to be financed completely by the athletic department and IPTAY. The project previously received approval from the Clemson Board of Trustees and the Joint Bond Review Committee.

“This is an exciting step for the future of our basketball programs and our athletic department,” director of athletics Dan Radakovich said. “We appreciate the approval from the Budget and Control Board as well as the support of our Board of Trustees, and we’re looking forward to putting shovels in the dirt and getting to work on renovating Littlejohn Coliseum.

“We’ve said from the beginning of this process the goal is to have a completely different feel for our fans, alumni, students and student-athletes in this building, and that’s the direction we’re headed with this final approval.”

The Budget and Control Board’s sign-off is the final step in the approval process, and construction is slated to begin following graduation on May 8.

Clemson’s men’s basketball team will play its 2015-16 schedule at the Bon Secours Wellness Arena in Greenville. A full schedule along with ticket details and transportation options are being finalized, but home games at “The Well” include Boston College, Duke, Florida State, Georgia Tech, Louisville, Miami, Notre Dame, Pitt, South Carolina and Virginia. The women’s basketball team will play its 2015-16 season at Jervey Gymnasium on Clemson’s campus.

The university also announced Wednesday its graduations during the time of construction will be held in Bon Secours Wellness Arena in Greenville.

When it reopens in 2016, the rebuilt Littlejohn Coliseum will include reconstruction of the seating areas along with new practice facilities, locker rooms, meeting rooms and coaches offices for both the men’s and women’s basketball programs.