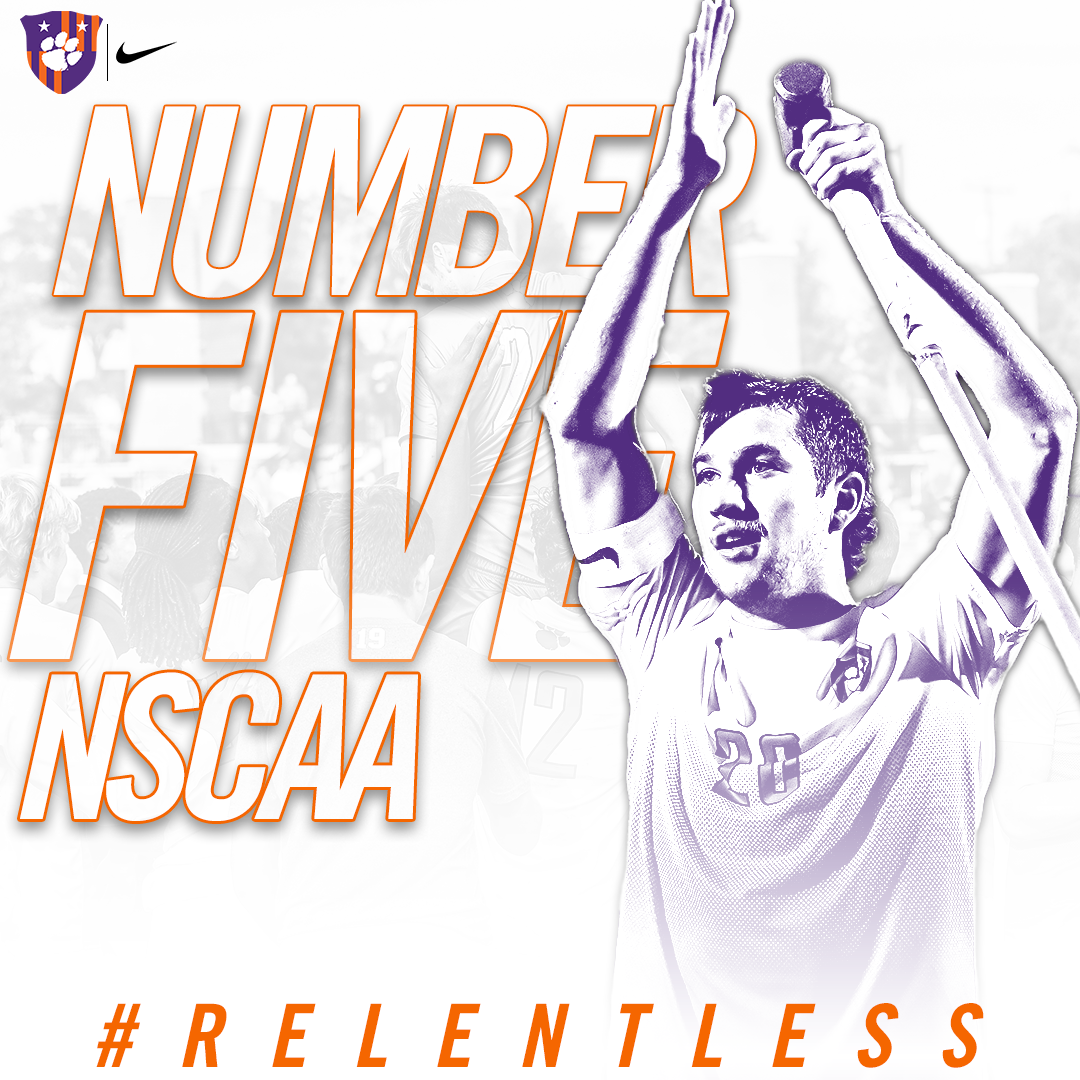 CLEMSON, S.C. – The Clemson men’s soccer team is ranked fifth in the nation in the final poll released by the NSCAA (National Soccer Coaches Association of America) earlier today. It’s the second straight year that the Tigers have finished inside the top five.

Head Coach Mike Noonan’s Tigers finished the season with a 14-4-5 record. The Tigers were one win away from a second straight College Cup appearance but fell to Denver by a score of 1-0 in the Elite Eight. The Tigers also reached the ACC Championship for the second time in three years.