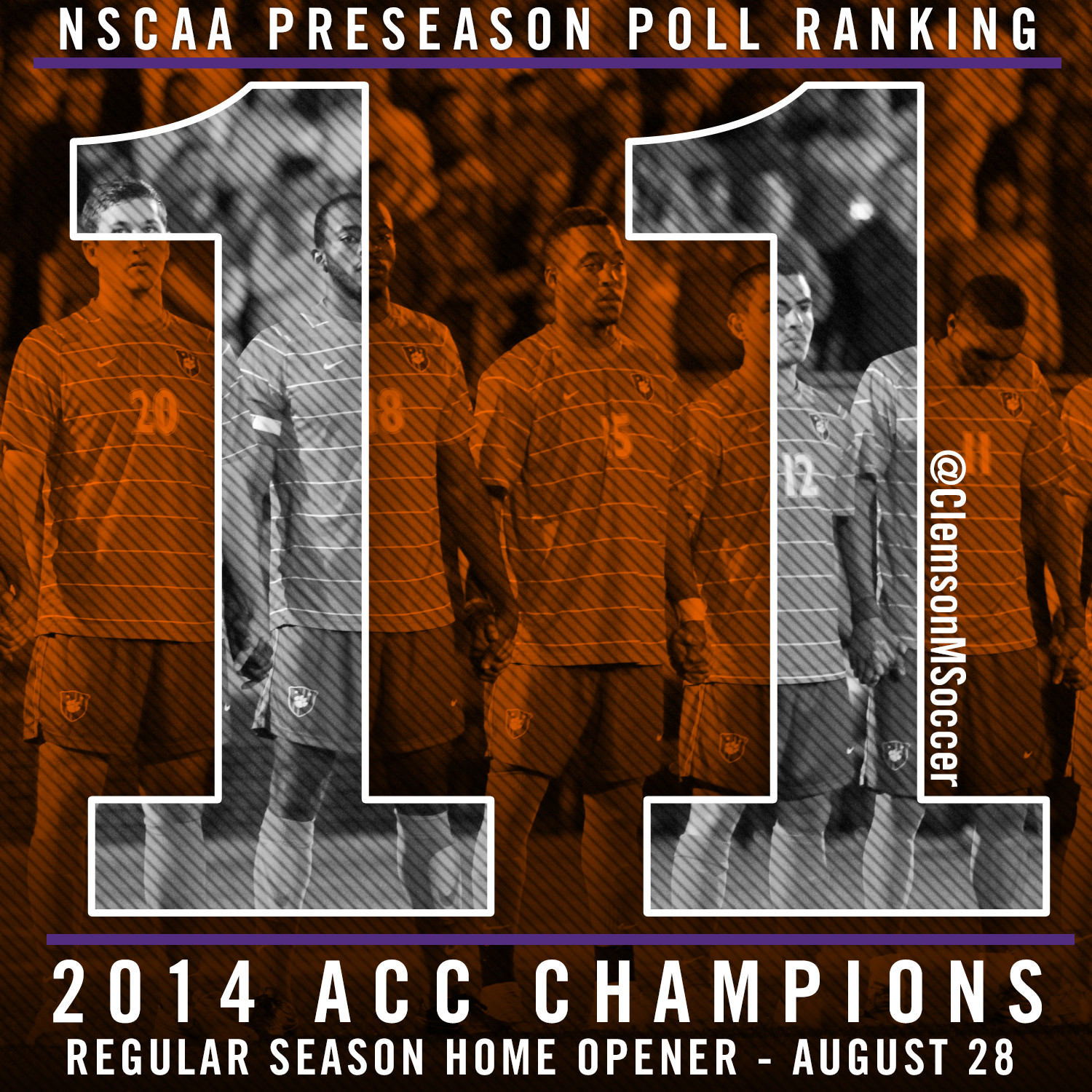 The Clemson men’s soccer team is ranked 11th in the National Soccer Coaches Association of America (NSCAA) Preseason Poll, released earlier today. This is the team’s highest preseason ranking since 2006, when it was ranked sixth.

Clemson returns eight starters and five of the top six scorers from last season’s ACC Tournament championship team. The Tigers finished the season with an overall record of 12-7-3 after a loss to North Carolina in the NCAA Tournament Round of 16 ended their season.

The Tigers are led by a trio of seniors this season. T.J. Casner tied for the team lead in total points with 12 last season. He also tied for the team lead in assists with six. Captains Paul Clowes and Kyle Fisher return to anchor the midfield and back line, respectively. Clowes started 21 matches last season. He was named All-ACC Second Team and Most Valuable Player of the ACC Tournament for his efforts. Fisher has started every match of his Clemson career and was also named to the All-ACC Second Team last season. Junior Andrew Tarbell, also a team captain this season, returns in goal for the Tigers after allowing only .85 goals per game in 16 starts last season.

Five of Clemson’s 2015 opponents were among the preseason top 25, and three more received votes. Clemson is one of six ACC teams in the preseason rankings, the conference is led by defending national champion Virginia, who is ranked second.