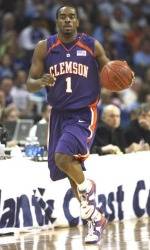 Clemson, SC – The Clemson men’s basketball team will travel to Champaign, IL on Tuesday, December 2 to face Illinois in the 10th annual ACC/Big Ten Challenge. The game will be nationally televised by either ESPN, ESPN2, or ESPNU. Time and network designations will be determined at a later date. The three-day event will feature 11 games at various ACC and Big Ten school sites. The ACC has won each of the nine challenges to date.

This will be only the third meeting between the two schools. Illinois won the first two games in consecutive seasons, 1997-98 and 1998-99. The two teams first played at the United Center in Chicago on December 13, 1997. The Fighting Illini won 71-61 over the 17th-ranked Tigers, coached at the time by Rick Barnes. Greg Buckner and Terrell McIntyre combined for 34 points, but it was not enough as Illinois made 27-33 free throws to seal the win.

The second meeting between Clemson and Illinois was at the Bi-Lo Center in Greenville, SC on December 29, 1998. For the second straight year, the Illini downed a ranked Clemson team, this time by a score of 67-50. McIntyre posted 15 points, but the Tigers could not overcome 29 percent shooting in the loss. Illinois completed the 2007-08 season with a 16-19 overall record, 5-13 in the Big Ten. Like Clemson, the Illini advanced to the championship game of their conference tournament. Prior to last season, the Illini had compiled a 112-28 record in four seasons under Bruce Weber. He guided the program to four consecutive NCAA Tournament berths prior to 2007-08, including an appearance in the national championship game in 2005. Illinois will return three starters for the 2008-09 season.

Clemson will return three starters as well next season, led by top scorer and second-team All-ACC selection K.C. Rivers. The Tigers finished the 2007-08 season with a #22 final ranking by the Associated Press and advanced to the NCAA Tournament for the first time in 10 years. Clemson was 24-10 overall and made the program’s second-ever appearance in the ACC Tournament championship game in March. In five years under Oliver Purnell, the Tiger program is 94-68 with four postseason appearances.

Clemson has a 7-2 record in the ACC/Big Ten Challenge. Only Duke (9-0) and Wake Forest (7-1) have a better record than Clemson in the history of the event. The Tigers have won four straight in the ACC/Big Ten Challenge, including a 61-58 victory at home in 2007 over eventual NCAA Tournament participant Purdue. Clemson is 3-2 on the road in the event, having won its last two away challenge games at Penn State and Minnesota in back-to-back years (2005, 2006).