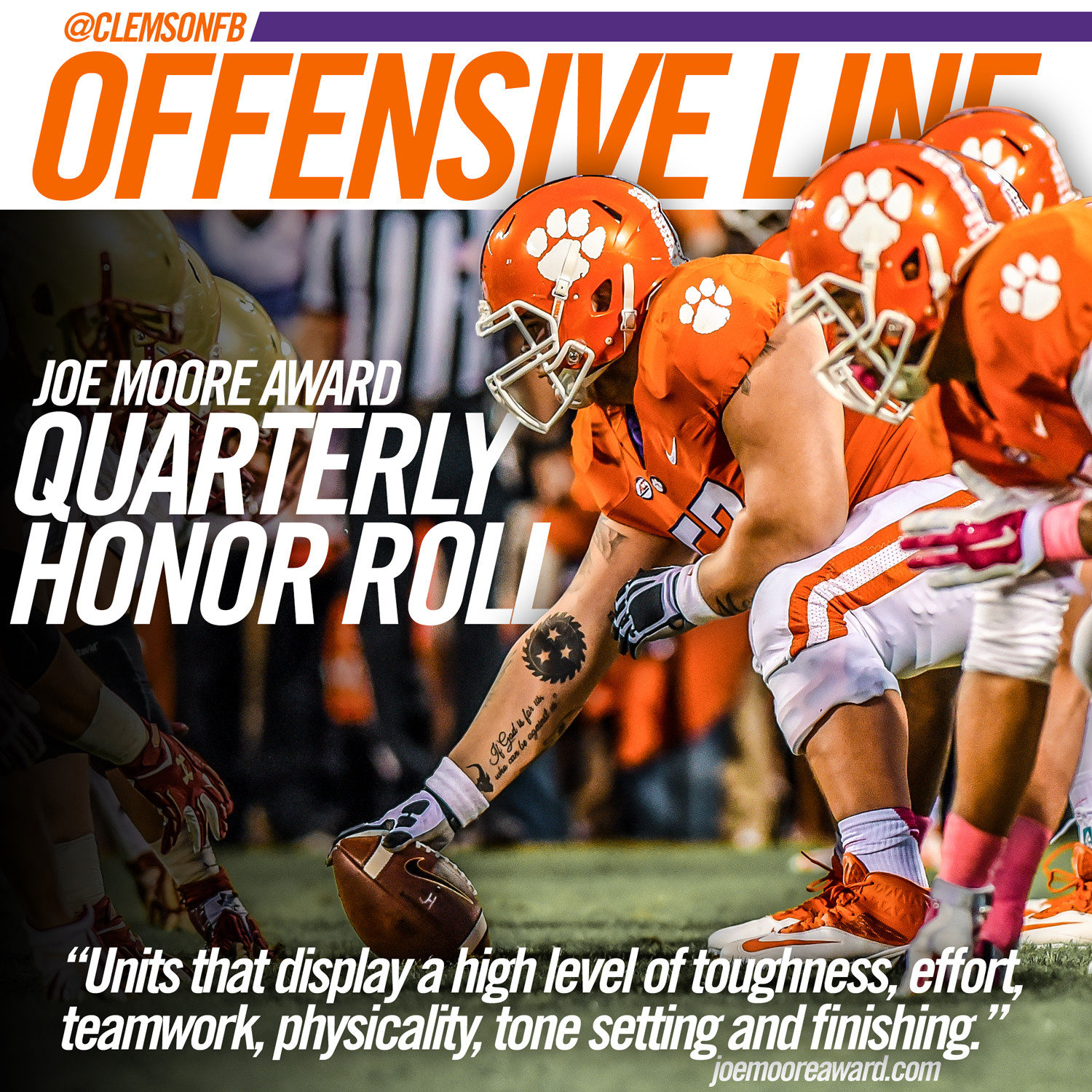 In addition to Clemson, the teams on the honor roll for this quarter include Baylor, Florida, Florida State, Georgia, Iowa, LSU, Michigan, Pittsburgh, Stanford, Texas Tech, Toledo, UCLA and Utah.

Clemson has a 6-0 record so far this year and the Tigers are ranked sixth in the nation.  Clemson has won nine straight games over two years and 15 of the last 15.

Starting center Jay Guillermo has been the ACC Offensive Lineman of the Week each of the last two weeks, helping Clemson to consecutive games of at least 530 yards total offense.  Freshman Mitch Hyatt was recently named as the second best true freshman in the nation regardless of postion by ESPN.com at the midpoint of the season.  Senior Eric Mac Lain was named a preseason first-team All-ACC selection.