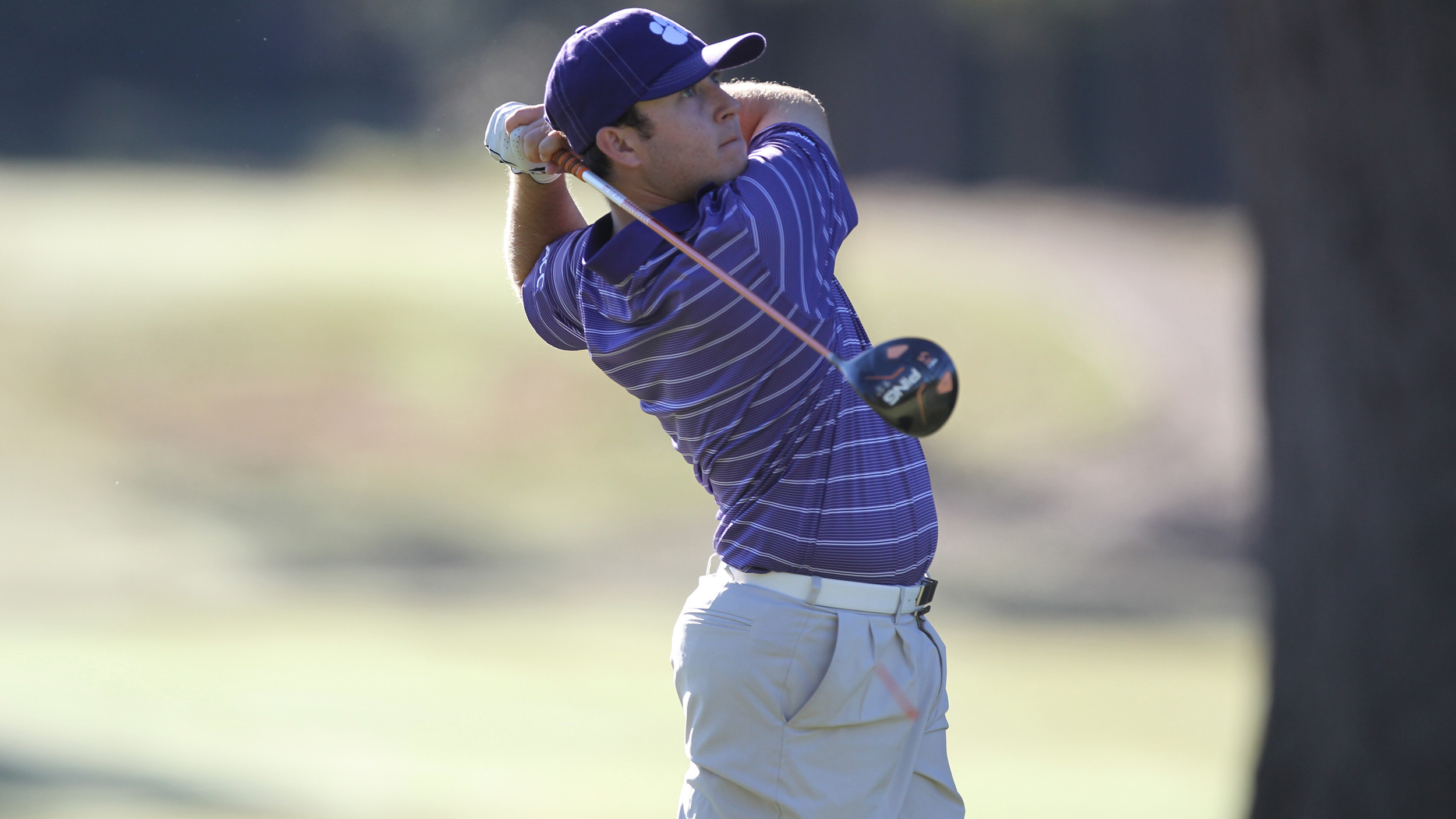 AUGUSTA, Ga. – Austin Langdale had rounds of 69-72 to lead Clemson to a ninth place standing out of 15 teams after two rounds of the 3M Augusta Invitational on Saturday.  The final 18 holes of the event will be played on Sunday at the Forest Hills Country Club in Augusta, Ga. The national field has eight teams ranked in the top 25 in the nation according to the latest Sagarin Golfweek rankings.  UCF and Texas are tied for first after 36 holes at 564, while Virginia Tech is third at 565.  Clemson has a team score of two over par 578. Clemson was forced to play without its number-one player in the second around.  Sophomore Miller Capps shot a one-under par 71 in the first round to help the Tigers to a 284 team score and a fourth-place standing, just four shots off the lead.  But after just one hole in the afternoon round Capps could go no longer due to a high temperature and flu-like symptoms.  He was taken to a local hospital for an IV.  His status for Sunday is unknown. “It was a great gutty performance by Miller Capps in the morning round,” said Head Coach Larry Penley.  “He had an abnormal temperature when the round started and he just got worse.” Clemson shot 10 shots worse in the second round (284-294) with Capps out of the lineup as the Tigers were forced to play with just four players.  It marked the second consecutive tournament that the Tigers had a player withdraw due to illness.  Stephen Behr had to withdraw after two rounds at the Linger Longer Invitational a week ago due to a similar flu virus. In Penley’s first 30 years, a player withdrew due to illness during a tournament just four times.  Now it has happened in consecutive tournaments. Langdale is the top Tiger after 36 holes with a 141 total.  His morning round of 69 included three birdies and 15 pars.  He then made an eagle on his first hole of the afternoon round to reach five-under-par for the tournament.  He finished the second round with a 72 and stands in ninth place in the individual race entering Sunday’s final round. Classmate Carson Young had consecutive rounds of 72 and stands in 25th place after 36 holes.  Behr is third among Clemson players with consecutive rounds of 73 and he is in 35th place.  Sophomore Blake Kennedy had an even par 72 in the morning round, then had a 77 in the afternoon round. He is in 53rd place.