Clemson has a rich history in the four-year old format. In the inaugural East Region Championships, the Tigers placed fourth as a team and produced three individual champions. Clemson also was fourth in 2004 and 2006, and fifth at the 2005 meet. Four student-athletes from Clemson have earned titles, while four have also earned multiple All-Region honors. George Kitchens and current senior Itay Magidi have both earned three All-Region superlatives.

C.J. Spiller. That quartet will also make up Clemson’s 4x100m relay team, which has the nation’s fourth-best time this outdoor season (39.48).

Brown qualified in four events this weekend, including the 200m dash and 4x400m relay. He will be joined by Ford and Padgett in the 200m dash. The prelims for that event will be Friday at 7:30 PM, with Saturday’s final slated for a 7:30 start time.

The Tigers’ 4x400m relay team qualified for regionals with a time of 3:09.89, which was the group’s winning time at the ACC Championships in April. Their league title was the first for the Tigers in the 1600m relay since the 1996 outdoor season. Cowin Mills, Andrew Porter, and Travis Swaggard make the other three legs of the team. The event will be held Saturday at 8:25 PM.

Itay Magidi will compete in the distance events for Clemson. The ACC’s 10,000m champion, Clark qualified regionally in the 5000m. That event is scheduled for 8:10 Friday evening. Magidi has been limited due to injury, but qualified for the steeplechase, which will be held Saturday at 7:45 PM.

Andrew Porter has also qualified for the second straight season in the 400m intermediate hurdles. He traveled last season but did not compete due to injury. Porter owns a personal best time of 51.36 in the event, which he established last time out at the Georgia Tech Invitational. The prelims for the 400m hurdles are Friday at 6:50, with the finals scheduled for 7:10 PM on Saturday.

Mitch Greeley has qualified for the East Region meet for the third straight year in the pole vault. Last season, he earned an at-large berth to the NCAA Championships. This season, he was All-ACC in the event with a 17’0.75″ clearance. He will compete Friday at 3:00 in the afternoon.

George Fields narrowly missed an automatic berth to NCAAs last season as a freshman. He was sixth in the long jump at the meet. He has qualified for the same event this weekend and he is scheduled for competition at 6:00 PM Friday.

Jason Bell is a four-time regional qualifier in the triple jump. The senior from Warner Robins, GA placed sixth in the event at the East Region Championships last year and was an All-Region performer as a sophomore in 2005. He will compete Saturday at 6:00 PM.

Adam Linkenauger will compete in Saturday’s high jump at 1:00 PM. The senior is a two-time All-Region performer and four-time ACC outdoor high jump champion. He matched a personal best outdoor clearance with a jump of 7’1.75″ at ACCs last month. 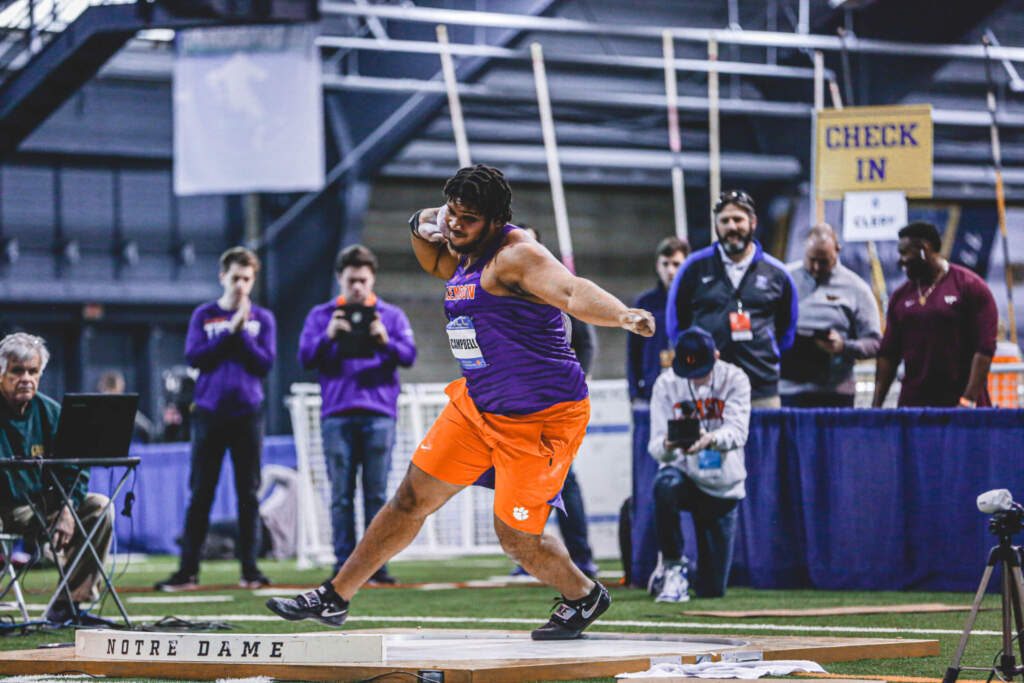