“I am very happy to add these quality student-athletes to our roster,” said Clemson Head Coach Mike Noonan. “They are not only good soccer players, but also good citizens that will enhance our program as they make progress earning their degrees. We look forward to working with these young men both on and off the soccer field.”

The following are the players and biographical information on each: Ara Amirkhanian, a midfielder from Clemson, SC will join the Clemson Tigers in 2011 with a history of success in the game. Ara plays for the Alpharetta Ambush 93 team out of Georgia and was a contributing member of the team last summer when they won the USYSA 2010 National Championships. Ara also is a very successful player for his local high school, the Daniel Lions.

Alex Burnikel is a defender from Greer, SC. Alex also plays for CESA’s U18 team and is a standout player for St. Joseph’s High School in Greenville, SC. Alex has played extensively with USYSA Region III team and was selected to the prestigious Disney All-Star team following the 2009 Disney Holiday tournament.

Amadou-Tidiane Dia, a winger from Highlands Ranch, Colorado joins the Clemson Soccer Signing Class of 2011 bolstering a hefty resume. He was named the Colorado HS Player-of-the-Year and to the 2010 HS All-America Team by the National Soccer Coaches of America. Amadou is a member of the U-18 US Men’s National Team pool and was invited to training camp in Carson, CA Dec. 27, 2009- Jan 3, 2010. More recently, Dia traveled with the U18 National Team to the 16th Annual U-18 Lisbon Tournament in Lisbon, Portugal in May of 2010. Amadou plays for Real Colorado in the USSDA Academy league and was named Academy Player of the Week the week of April 19th, 2010.

Tyler Happ is a midfielder from Roswell, Ga. and Lassiter, HS, who is a member of the U-18 Concorde Fire Development Academy that was Southeast Regional Champions and went on to the USDA National Finals. A versatile player that can play anywhere across Midfield, Tyler is also an excellent student carrying a 3.6 GPA through High School.

Matthew Hilton, a defender from Charleston, S.C. moves to Upstate SC to join the Tigers in 2011. Matt is a member of the SC United U18 Academy team that was one of the top ranked teams in the country in 2010. Matt also has an impressive high school resume for West Ashley High where he has started since his freshman season. In 2010 he was selected to the All-Region Team.

Iain Smith, A forward from Suwanee, GA and Lambert HS was a heavily sought after player after leading his GSA Phoenix club to the USYSA National Finals this past summer. He was the leading goal scorer during regional preliminary play and at the National Finals. Iain also excelled at the State and National level as he led Georgia to the Olympic Development National Championship scoring the game-winning goal against defending champion Cal South.

Kyle Murphy, a forward from Red Hook, New York set a school record at Red Hook HS with his 52nd career goal. He finished the 2010 fall season with 16 goals after scoring 17 in both his sophomore and junior years. The Raiders senior led his team to the Mid-Hudson Athletic League boys soccer championship, has been ranked as the top winger in New York State among 2011 graduates. He was rated the #1 player in the State of New York by TopDrawer Soccer and consistently was ranked in the top 20 nationally by Top Drawer.

Phanuel Kavita is a defender from Salt Lake City, Utah but who had been playing in Casa Grande, AZ with the Real Salt Lake Academy. This elite residency program is part of the USDA Academy league. Phanuel was a standout at Highlands, HS before leaving for Casa Grande and also a member of the powerful USYSA Region IV squad for multiple years.

Ben Myers, a midfielder from Charlevoix, Michigan has built an impressive soccer resume in a very short time. Ben has played for his local high school and is a two-time Michigan Division III First Team All-State player. He is also his high school’s all-time leading scorer with 87 goals and 67 assists. Ben began playing for Vardar Academy just two years ago and has flourished there since. Ben also displays his talents on the hardwood as a forward for the Charlevoix basketball team.

Jack McCoy is a forward from Knoxville, Tennessee. Jack plays club with CESA’s U18 Premier team along two other signees for the Clemson Class of 2011, Alex Burnikel and Brandon Burkholder. Their team is consistently ranked in the National Top 10. McCoy is a two-time All-PrepXtra first-team player and two-time all-state player. Last season, McCoy scored 26 goals and had seven assists despite missing part of the season due to injury, and as a sophomore he had 30 goals and 11 assists. 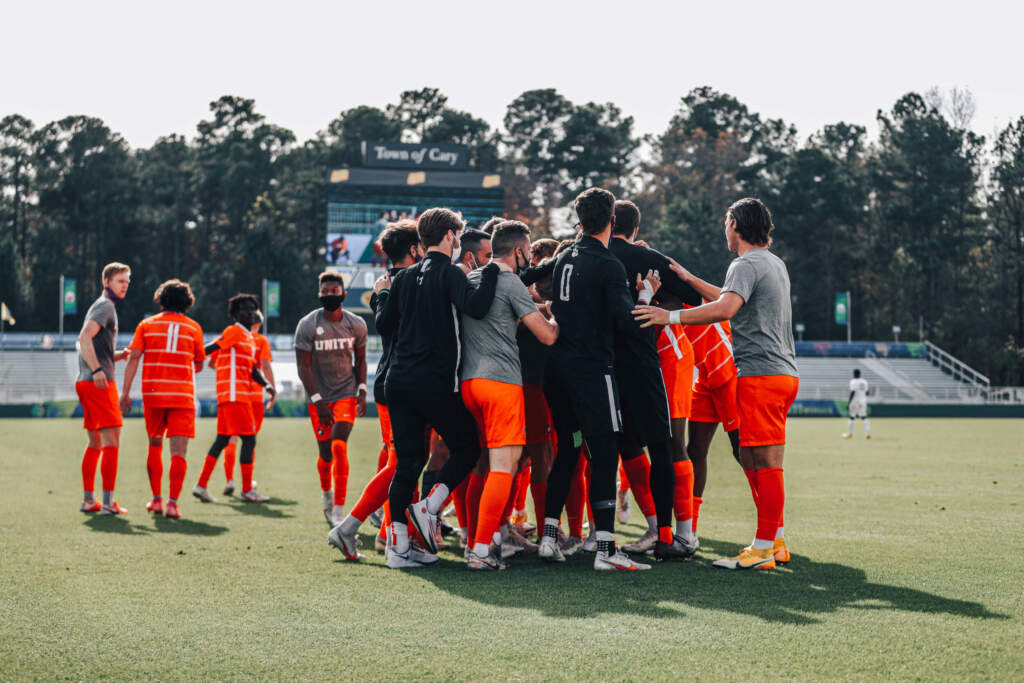