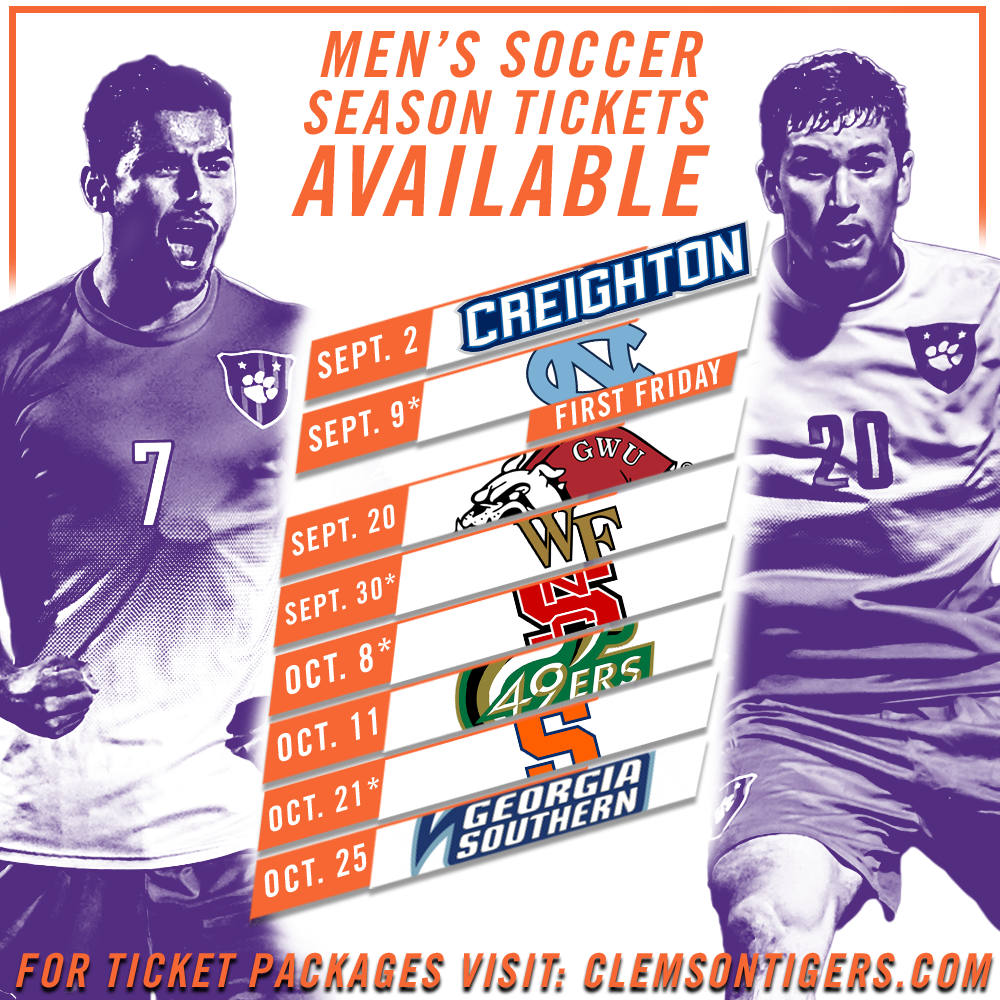 CLEMSON, S.C. – The Clemson men’s soccer team’s 2016 schedule features 16 matches (eight at home and eight on the road), while 10 of the team’s 16 opponents played in the NCAA Championships in 2015. In addition, eight of those 10 teams won at least one match in the national tournament, and four of the eight reached the NCAA Quarterfinals a season ago.

“This is an exceptionally difficult schedule,” said Head Coach Mike Noonan. “We always try to challenge ourselves by playing against the best. We’re excited to welcome Creighton, an NCAA Elite Eight team from last season, to Historic Riggs Field to open the regular season home slate.”

The Tigers, who were an NCAA national finalist in 2015, open the regular season against in-state rival South Carolina in Columbia on Aug. 26, and play their first regular season match at Historic Riggs Field versus NCAA quarterfinalist Creighton on Sept. 2. The team also faces four ACC opponents at home in 2016, including North Carolina on Friday, Sept. 9, a match which is designated as First Friday, as the Clemson football team plays its first home game the following day.

Season tickets for the Tigers’ 2016 season are now available for sale on ClemsonTigers.com. Click HERE for information and to order season tickets.