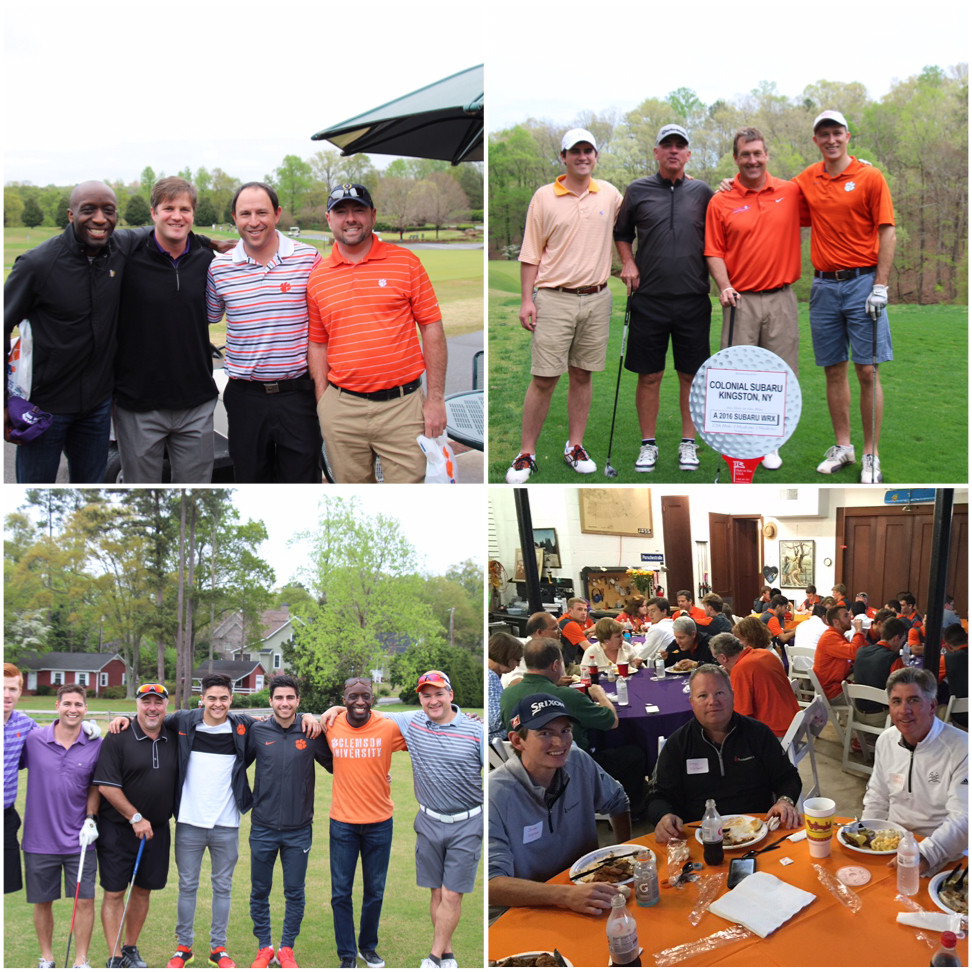 The Clemson men’s soccer program held its inaugural spring alumni weekend on April 1-2, 2015. The weekend began with a golf tournament on Friday, held at The Walker Course. Approximately 50 men’s soccer alumni, staff members, current players and their families played in the tournament.

Friday evening, Julie Ibrahim, widow of I.M. Ibrahim hosted a private dinner and gathering at her home for alumni and staff members. It was a time for the former Tigers to share stories and reminisce about their times at Clemson.

The event continued on Saturday, as the Tigers took on the Duke Blue Devils at Historic Riggs Field. Following the match, alumni geared up to participate in the annual alumni game.

The weekend concluded Saturday evening with an awards banquet celebrating the historic 2015 season, held at the Outdoor Lab on the Clemson campus. In addition to the postseason awards for players, Julie Ibrahim and former Tiger great Pearse Tormey presented the I.M. Ibrahim Award to David Torris, member of the 1984 National Championship team. Pearse Tormey was the inaugural winner of the award last year.

ABOUT THE I.M. IBRAHIM AWARD

This award shall be given annually to an alumnus who has made a significant contribution to Clemson Men’s Soccer that reflects the passion and values that Coach Ibrahim left during his career as a coach, educator, entrepreneur and champion. The award recipient will be an ambassador for the year for Clemson and the men’s soccer program in memory of Coach Ibrahim.

The weekend would not have been such a success without the hard work of the men’s soccer staff.

“It was a fantastic event on every front. We continue to get tremendous support from our great alumni and want to thank them making Tiger Soccer what it is today,” said Head Coach Mike Noonan.