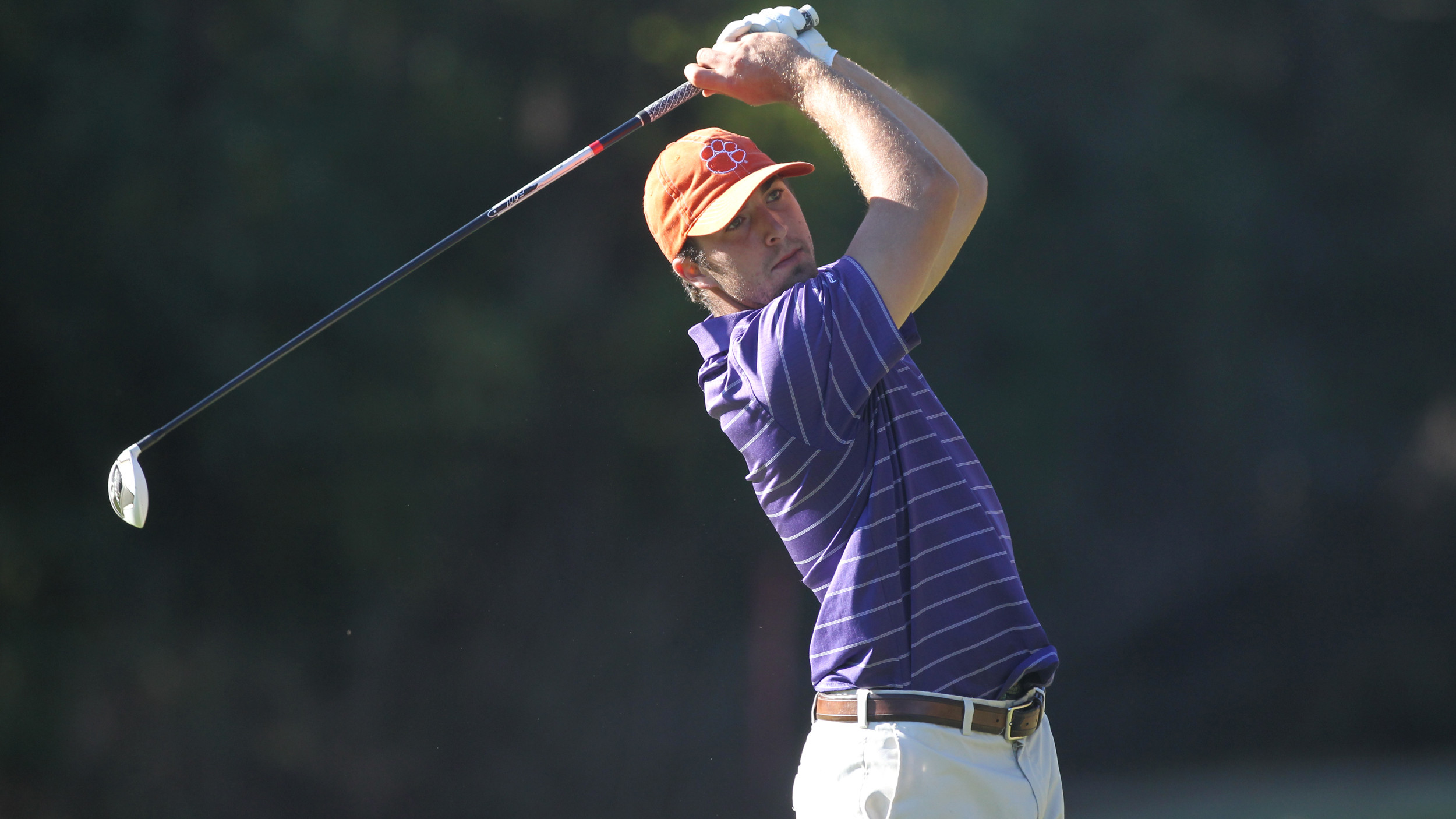 CLEMSON, SC – Miller Capps and the Clemson men’s golf team will return to the course this coming Monday and Tuesday, March 10-11 at the Cleveland Golf Palmetto Intercollegiate in Aiken, SC. The 18-team field is scheduled to play 36 holes on Monday and 18 on Tuesday.

Clemson will have four of its five players who led the Tigers to a strong fourth place finish against a national field at the Puerto Rico Classic two weeks ago. Miller Capps won co-medalist honors with a 12-under-par 204 score.

It was one of the top 10 performances in Clemson history on a par 72 course and he shot 67 each of the last two days, the first Tiger golf to shoot five under par in consecutive rounds in the same tournament since Charles Warren did it in 1998. Capps has moved up to a #61 individual ranking according to Sagarin college golf rankings. Capps has a 72.00 average for the year.

Stephen Behr has the second best stroke average on the Clemson team at 72.80 and he is coming off a strong showing in Puerto Rico after a 214 score, good enough for 27th place. Behr leads the team in final round stroke average at 71.20.

Cody Proveaux also will be in the lineup after a strong performance in Puerto Rico. The sophomore had a 213 score after rounds of 70-68-75. He has a 72.93 average for the year and has five rounds under par, second best on the team.

Freshman Austin Langdale will be in the lineup for the fifth time in six events. The native of Pendleton had consistent scores of 73-72-75 in Puerto Rico. He finished 12th at the Carpet Classic back in the fall for his best finish of the year.

Blake Kennedy will be the fifth Tiger in the lineup in Aiken. The sophomore will be playing his first event of the year after starting in four tournaments a year ago. Kennedy had a 74.42 stroke average a year ago, including a second round 67 at the Jerry Pate, his career low round.

Live scoring will not be available for this event. Check ClemsonTigers.com for a recap each night.