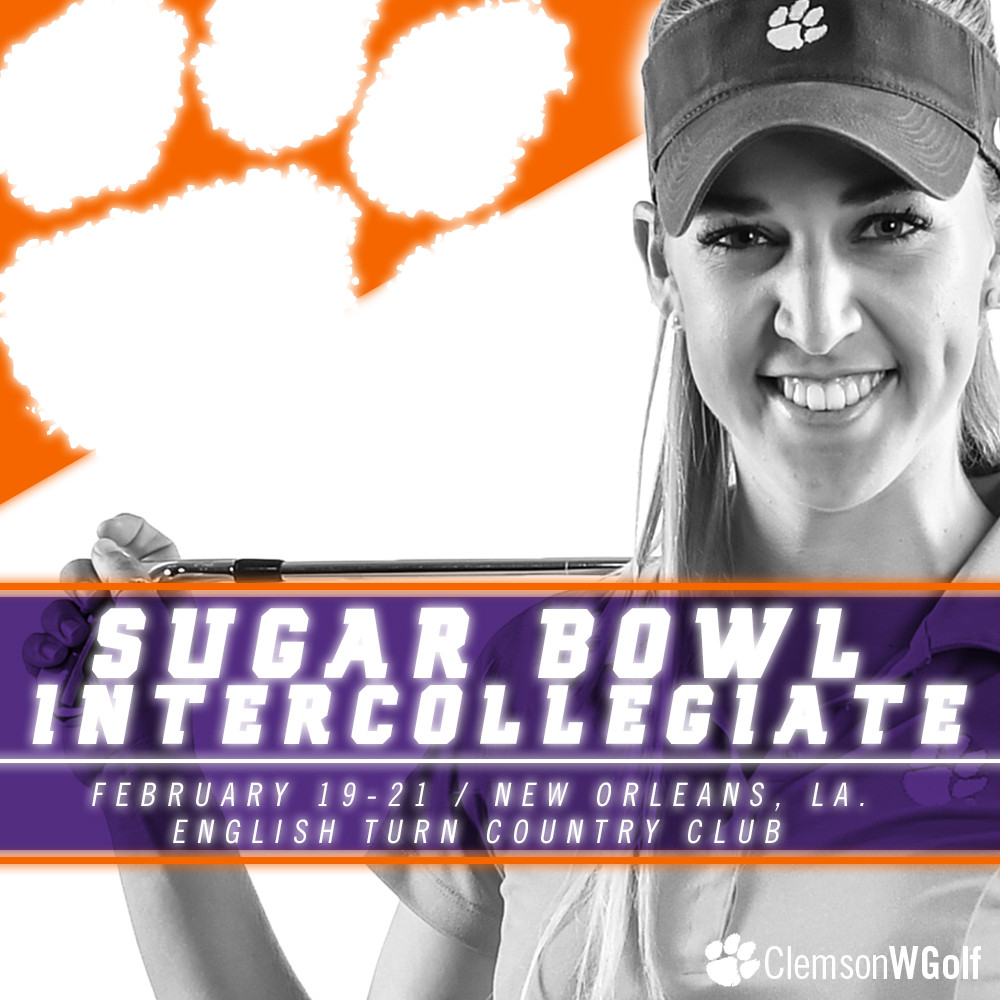 Kelley Hester’s team is coming off a championship at the UCF Challenge in Orlando Feb. 7. It was the program’s first win in history.   The Tigers tied for the title with an 850 score with Miami (FL) after 54 holes, but took home the winner’s trophy by virtue of having the top #5 player in the final round.

Alice Hewson led the way with a seven under par score of 209 and she finished fifth overall.   Kennedy Swann, playing in her first career event, finished 12th with a 212 score.

The Sugar Bowl Intercollegiate features a 17-team field and seven of the team are ranked in the top 25 of the latest Golfweek/Sagarin rankings. That includes top ranked Stanford and sixth-ranked Florida.   The field also includes 17th ranked Texas and 24th ranked Central Florida, two teams Clemson defeated at the UCF Challenge.

Clemson will be led by Hewson, ranked 19th in the latest Golfstat rankings and 24th by Golfweek.   The sophomore has a 70.67 stroke average for the year with three top 10 finishes and nine rounds at par or better.   Junior Sydney Legacy is second in the Clemson lineup with a 74.33 stroke average, while Ana Paula Valdes holds the number-three position with a 74.40 average, just one total stroke behind Legacy.

Marisa Messana returns to the Clemson team lineup after a solid performance as an individual in Orlando where she had a final round 70. She has a 75.53 average for the year. Swann, who had a 70.67 average for her three rounds in Orlando, rounds out the Clemson lineup in this Sunday through Tuesday event.