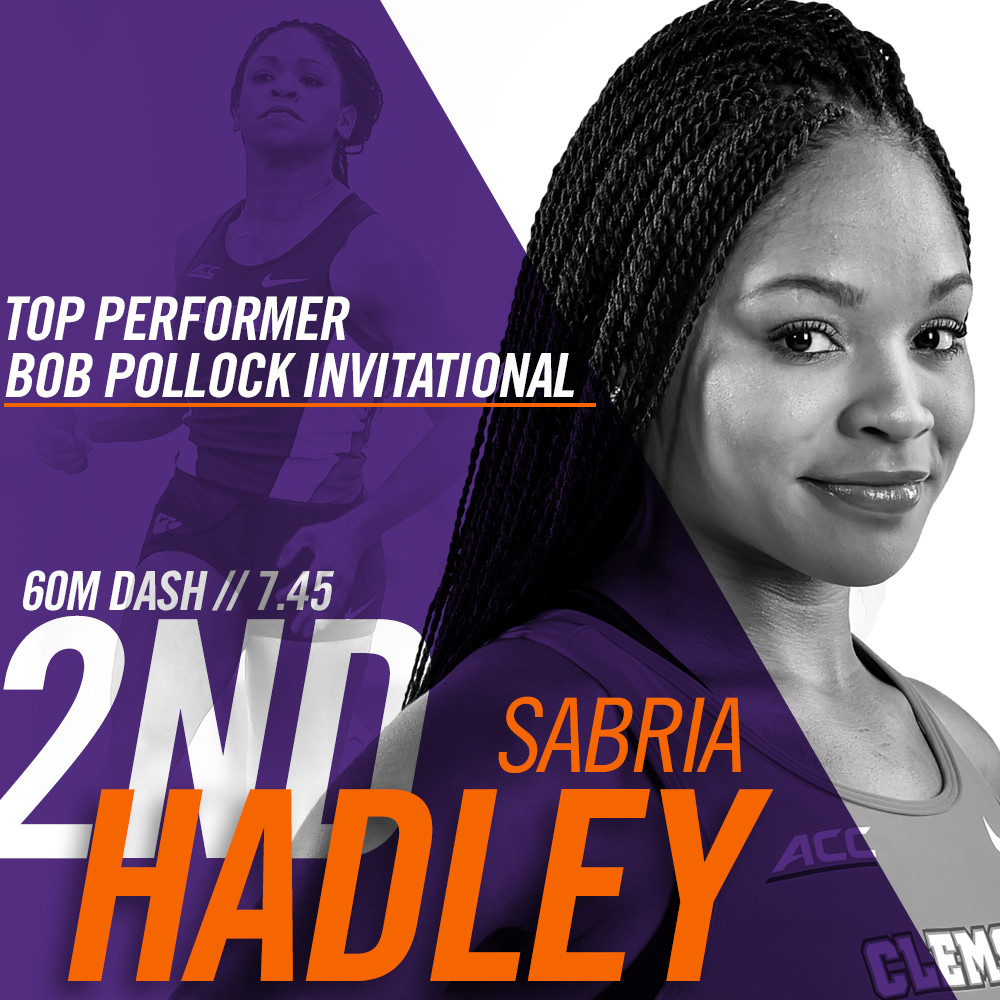 CLEMSON, S.C. – Clemson kicked off day one of the Bob Pollock Invitational on Friday with a number of solid efforts on the track among a strong field of competitors. Sabria Hadley led the women while Cordell Lamb and Michael Cheeks highlighted the men’s effort as the Tigers took on Alabama, NC State, Florida State, Georgia Tech, Duke and Virginia Tech.

Hadley ran her best 60 meter dash of the season to take second place with a time of 7.45. Ebony Williams clocked in at 8.52 to take seventh in the 60 meter hurdles while Markeeta Thomas finished seventh as well, clocking in at 55.82 in the 400 meter dash.

Madison Huffman, Elizabeth Dawson and Erin McLaughlin all ran personal best times in the mile with Huffman leading the pack in ninth place.

Lamb and Cheeks took fifth and eighth place respectively in the 400 meter dash. Lamb crossed the finish line at 47.68 while Cheeks completed the event in 47.78.

The finale of the Bob Pollock Invitational begins tomorrow morning, January 27, at 9:00 a.m., to conclude the heptathlon. Field events begin at 11:00 a.m., with the first event on the track beginning at 12:00 p.m.