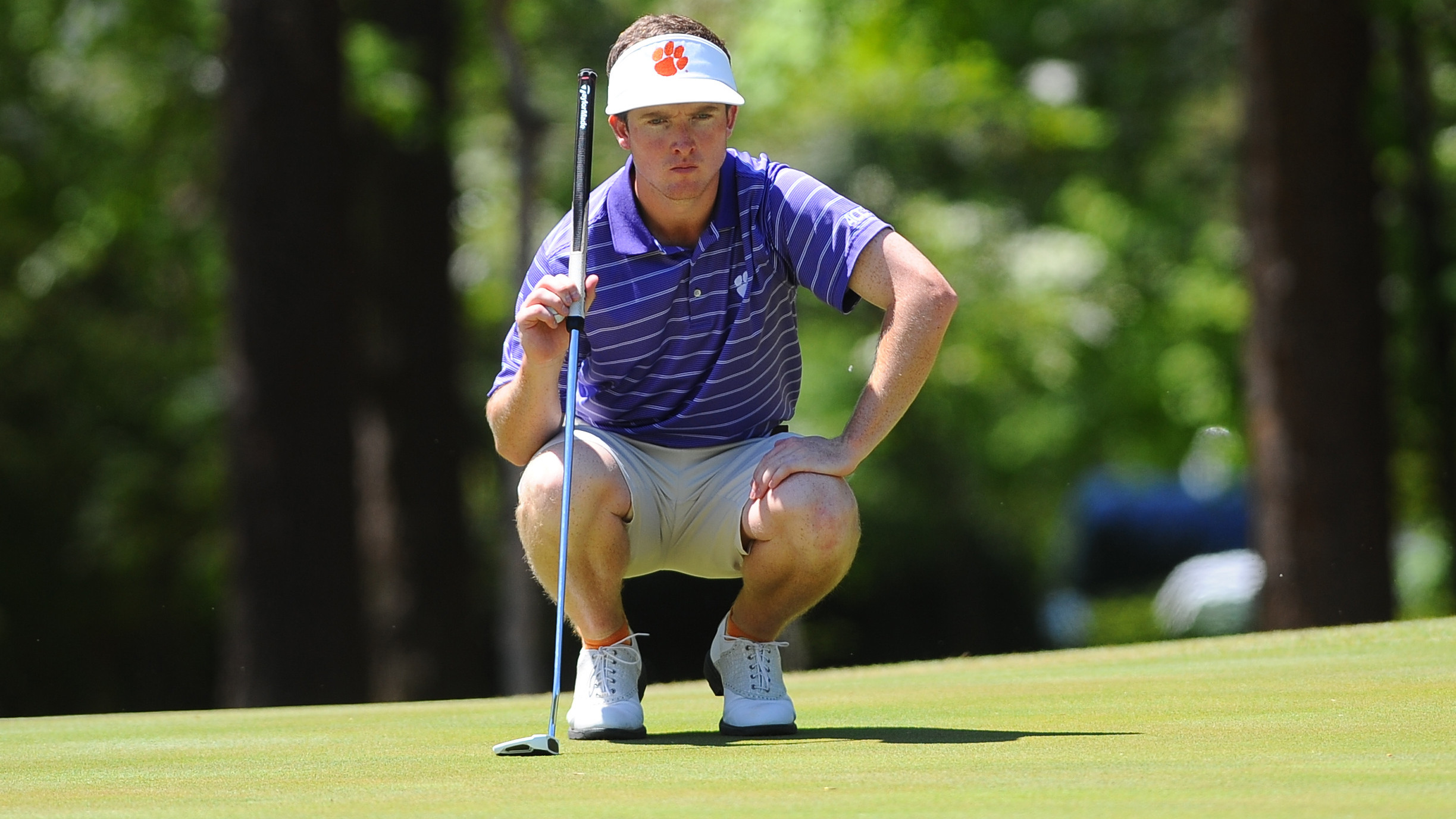 Behr shot a three-under-par 69 on Saturday after a 76 on Friday.  He went from Clemson’s non-counter in the first round to its top player in the second.  The native of Florence, S.C. had birdies on the second and third holes to get off to a strong start and was four under par through 11 holes.  He made double bogey on the 15th hole, but birdied 18 to finish with 69.  It was his fourth round in the 60s this year.

Behr was one of three players who shot under par on Saturday for the Tigers, who shot a 281 team score, second among the 12 teams in the field.  Joining him were sophomore Cody Proveaux and freshman Austin Langdale.  Proveaux had a slow start and made the turn at one over par 37, but he finished strong with a 33 on the back.  He has rounds  of 71-70 so far in the tournament and his 141 score is tied for fourth heading into Sunday’s final round.

“Stephen Behr was big for us today,” said Larry Penley, who is looking for his ninth ACC Championship as head coach of the Tigers.  “He was confident coming into the day and that was very important.  He was the lead golfer and got off to a good start and that gave confidence to the rest of the team.  I was also proud of the performance of our freshmen, Austin and Carson.  They are both capable of low scores on this course.”

Langdale was one of two freshman counters for the Tigers on Saturday.  He also got off to a strong start with birdies on the first and second holes and he later birdied three in a row (11,12, 13) to get to four-under for the day.  But, he three putted the 16th and could not get up and down on the difficult par three 17th to finish with a 70.  He is tied for 13th individually with an even-par 144 score.

Freshman Carson Young, who was born just 40 days before his high school teammate Langdale, shot an even par 72 on Saturday.  He had four birdies and four bogeys and  was one of four Tigers who showed improvement on Saturday compared to the opening round.

Miller Capps, Clemson’s top player in the first round with a 69, birdied the first two holes on Friday to get within three shots of the individual lead, but ran into trouble on the sixth hole when he drove the ball into a trap and made a double.  Still Capps is tied for 13th individually with a 144 score.

Clemson will tee off between 11:30 a.m. and 12:10 p.m. on Sunday and will play with Georgia Tech and Florida State in the final five pairings.