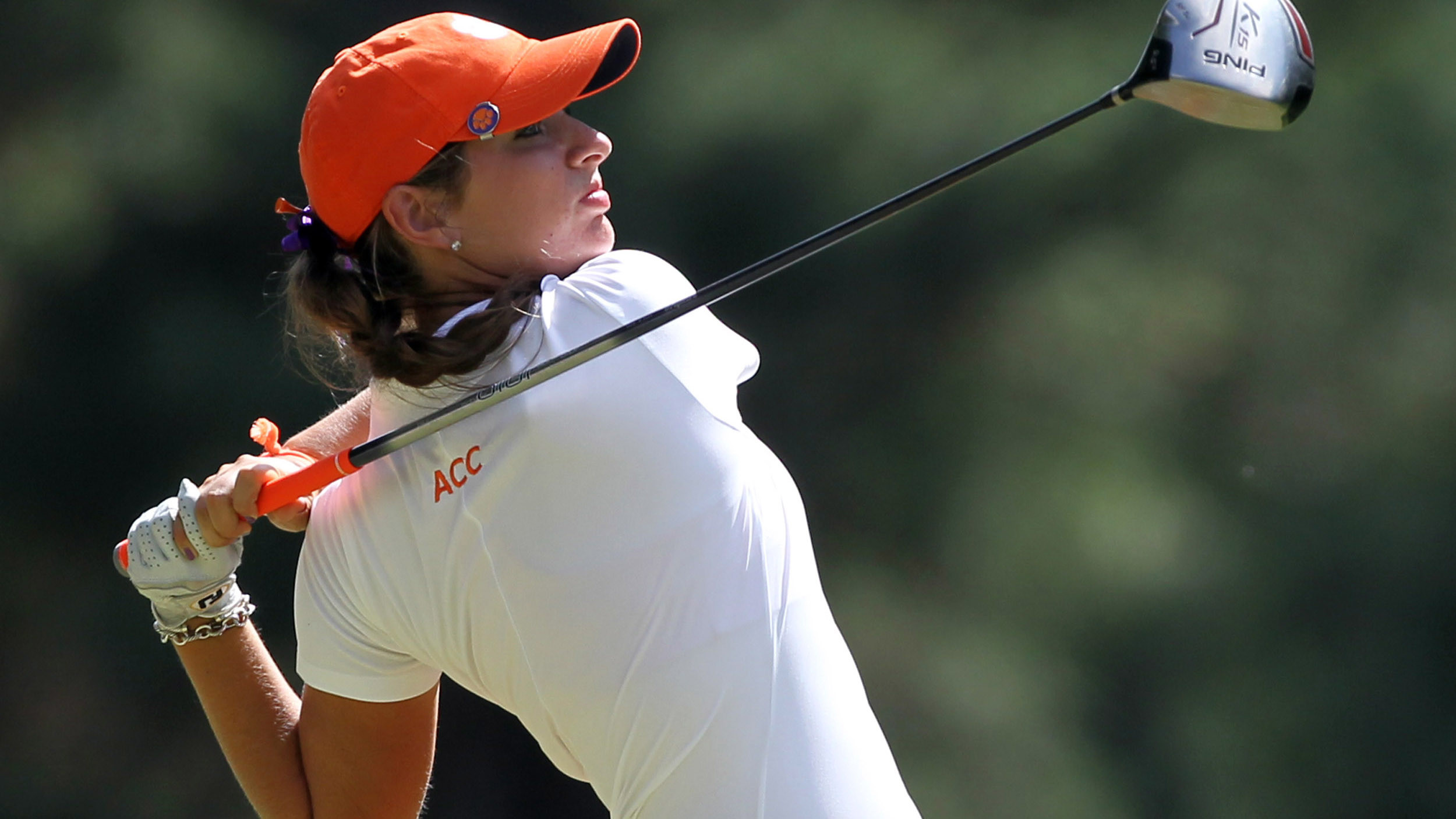 Clemson’s 292 score was the best of the day in the 11-team field. Coach J.T. Horton‘s team finished strong by scoring three-under-par over the last three holes and closed to within three shots of South Carolina entering Sunday’s final round.

Ramsey is tied for second place in the individual race at two-under-par 142 with South Carolina’s Sarah Schmelzer for her 36 holes. Matilda Castren of Florida State has the individual lead at eight-under-par 136.

Ramsey’s second round included six birdies and two bogeys as she had nine-hole scores of 35-33. She birdied the 15th and 16th holes coming in to finish strong. It was Ramsey’s 10th under-par round and sixth score in the 60s out of 14 rounds this year.

Salazar’s even-par 72 included three birdies and three bogeys. The red-shirt freshman from California started with a pair of bogeys then finished two-under-par for the final 16 holes. She also finished strong with birdies on the 16th and 18th holes. Salazar stands in a tie for 10th place through two rounds.

McKenzie Talbert is Clemson’s second best player for the tournament with rounds of 72-75. Her 147 total is good enough for seventh place. She made a birdie on the par five 16th hole on her way in.

Sloan Shanahan stands in 23rd place after rounds of 74-77. She had a strong 35 on the front nine on Saturday, but slipped to a 42 in the second nine. Jessica Hoang had her second consecutive round of 80. Taylor Ramsey, playing as an individual, had her second straight round of 79.