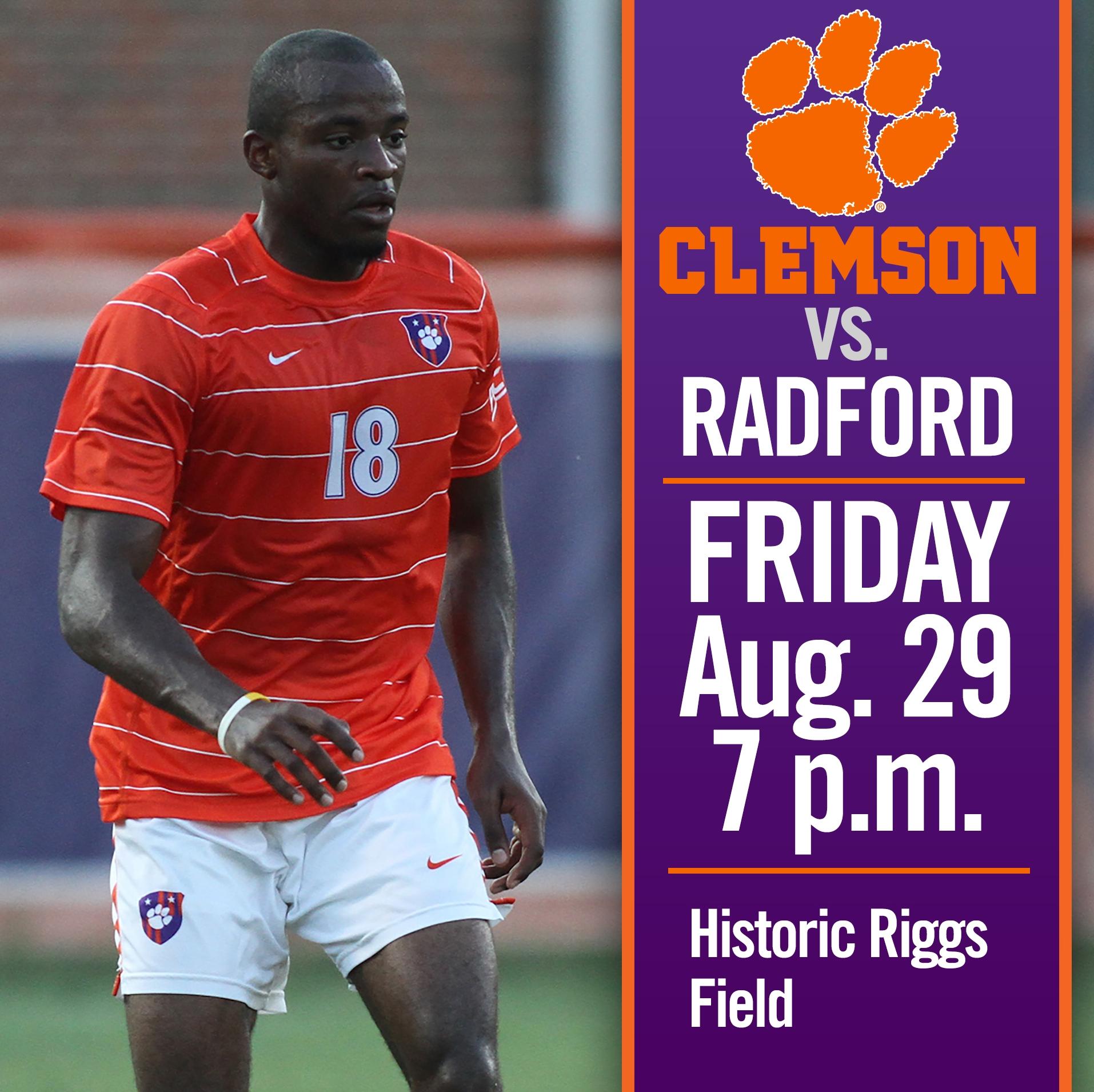 CLEMSON, S.C. – The Clemson men’s soccer team kicks off the 2014 regular season on Friday, Aug. 29 against Radford at 7 p.m. at Historic Riggs Field. Tickets for the game can be purchased here. In addition, the game will be broadcast live via TigerCast on ClemsonTigers.com, and fans can also follow @ClemsonMSoccer on Twitter for in-game updates.

Clemson is coming off two exhibition wins during the preseason. The Tigers defeated UAB 2-0 at Riggs on Saturday, Aug. 16, and followed that with a 2-0 victory at UNC Asheville on Saturday, Aug. 23. The win against the Bulldogs was highlighted by two goals from sophomore Iman Mafi.

The Tigers look to build off the success of last season, which saw the team finish with an 11-7-3 overall record and reach the semifinals of the ACC Tournament and the first round of the NCAA Tournament.

Radford also played two exhibition matches during the preseason, a 3-0 loss to Duke on Aug. 19 and a 2-2 draw with Marshall on Aug. 23. The Highlanders finished with a 9-7-4 overall record in 2013.