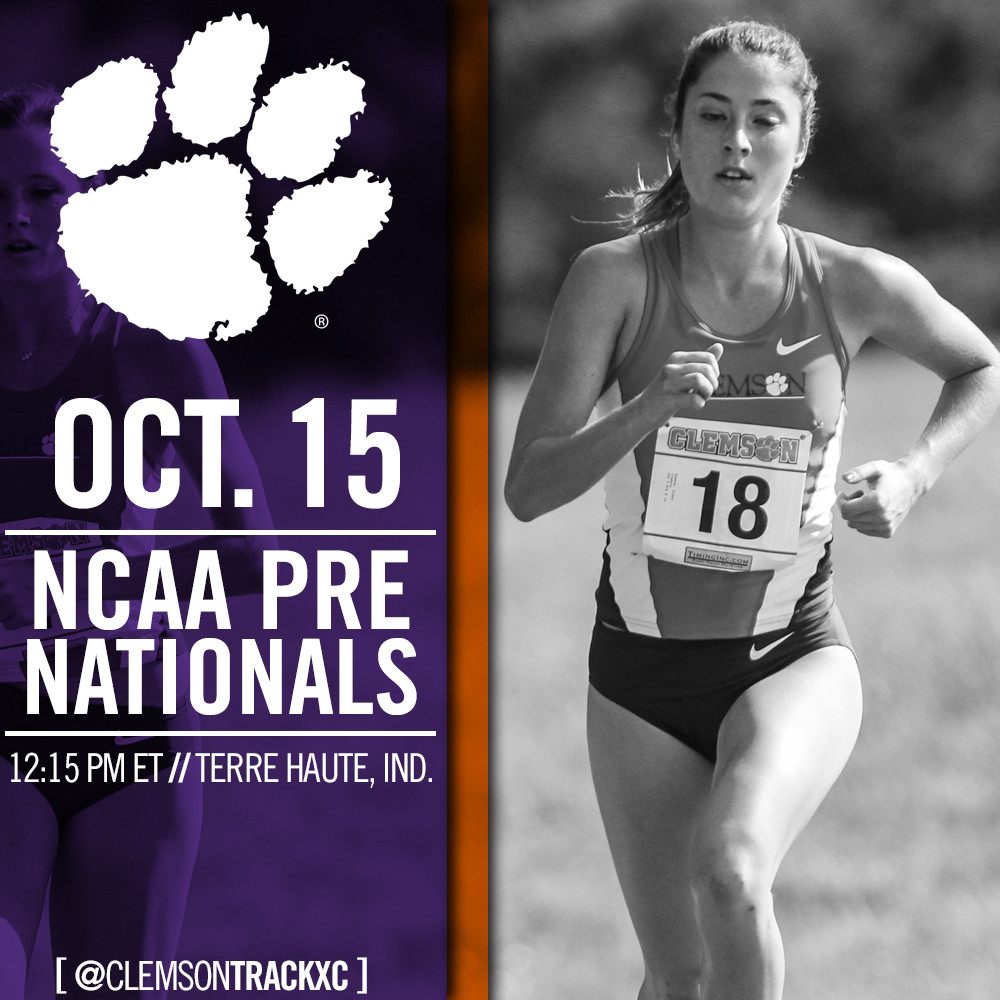 Clemson Heads to Indiana for Pre-Nationals

CLEMSON, S.C. — After a week off from competition, the men’s and women’s cross country teams return to action Saturday at the adidas Pre-Nationals, held at Indiana State University’s LaVern Gibson Course in Terre Haute, Ind. The Tigers are set for white division races, the women’s 6K first up at 12:15 p.m. ET and the men’s 8K to follow.

The women’s race features 29 teams, including eight teams ranked in the top 15 of the latest regional polls by the U.S. Track & Field and Cross Country Coaches Association. The Tigers are 13th in the Southeast, according to the latest poll. Clemson’s lineup has been bolstered by the return of senior Grace Barnett, who has produced top-10 finishes each of the past two meets. Barnett was ACC Performer of the Week after the Panorama Farms Invitational.

The Tiger men are set to compete against 21 teams, including a pair of top-15 ranked regional foes in Cincinnati and Wake Forest. Clemson’s young lineup has been led by Micah Williams, who was 15th in the gold division race at the Joe Piane Invitational in South Bend, Ind., last time out for the Tigers.

Live results will be available this weekend at Record Timing.com. Flotrack will stream the action live, and fans can access the races by paying a subscription fee.