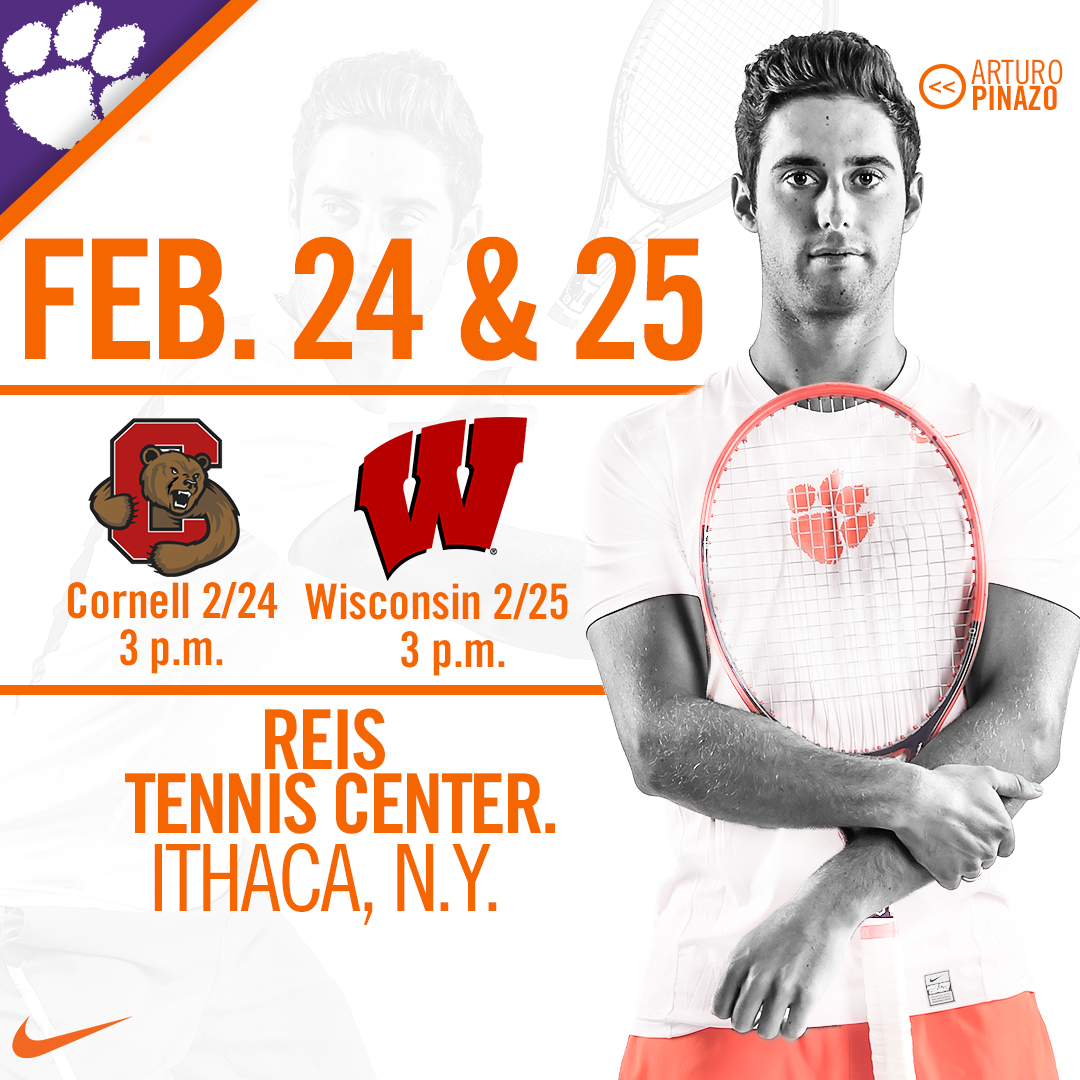 CLEMSON, S.C. –  The Clemson men’s tennis team travels to Ithaca, N.Y. on Friday and Saturday to face Cornell and Wisconsin. Cornell is ranked 24th and 8-1 overall with the only loss coming to Columbia in the ECAC Indoor Championships last weekend. The Badgers of Wisconsin are ranked 31st, and their only loss came to Penn, 3-4.

This past weekend the Tigers got back in the win column against Miami after dropping two straight. The Tigers took down the Hurricanes by a score of 4-3 to open ACC play 1-0 and extend their winning streak over the Hurricanes to six. Another win streak that was continued this past weekend was Robert Dudley’s singles win streak. After dropping his first match of the season, he has put together seven straight to improve to 7-1 overall.