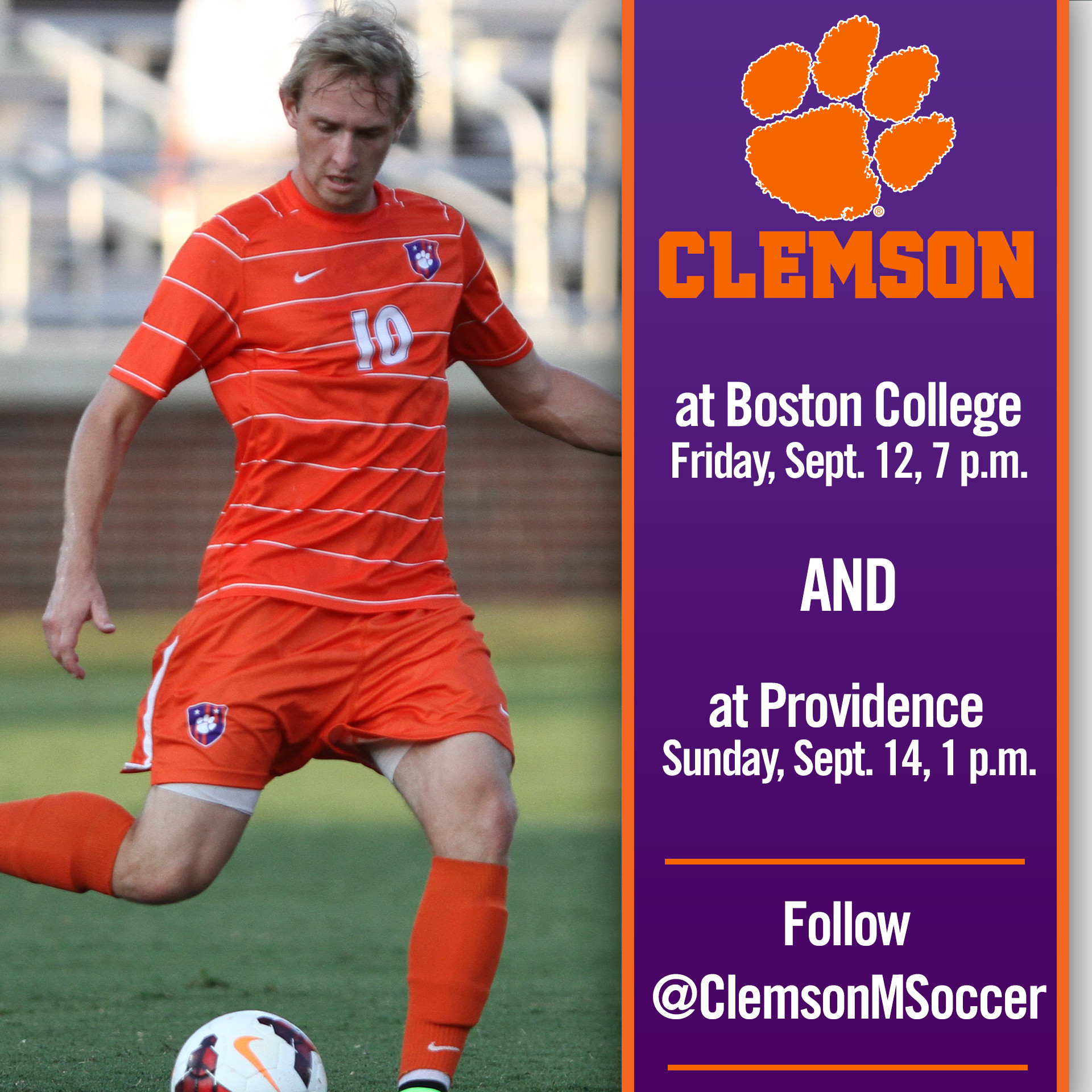 CLEMSON, S.C. – The Clemson men’s soccer team heads north to begin Atlantic Coast Conference play this weekend. The Tigers play at Boston College on Friday, Sept. 12 at 7 p.m. in their first ACC contest of the season. They also play at Providence on Sunday, Sept. 14 at 1 p.m. before heading home.

The Tigers are now 1-3-0 on the season after 2-1 losses to then-17th-ranked UC Irvine (ranked ninth in this week’s poll) and San Diego State in San Diego over the weekend. Clemson fell to South Carolina, No. 17 this week, 2-1 in overtime in Columbia on Tuesday, Sept. 2.

Junior forward T.J. Casner and redshirt junior goalkeeper Chris Glodack were both named to the All-Tournament Team in San Diego last weekend. Glodack tallied 13 total saves on the weekend and Casner had a hand in both Clemson goals scored, assisting on the first and scoring the second.

The two games this weekend complete Clemson’s five-game road trip, its longest of the season. The Tigers return home to face Gardner-Webb on Wednesday, Sept. 17 at 7 p.m.