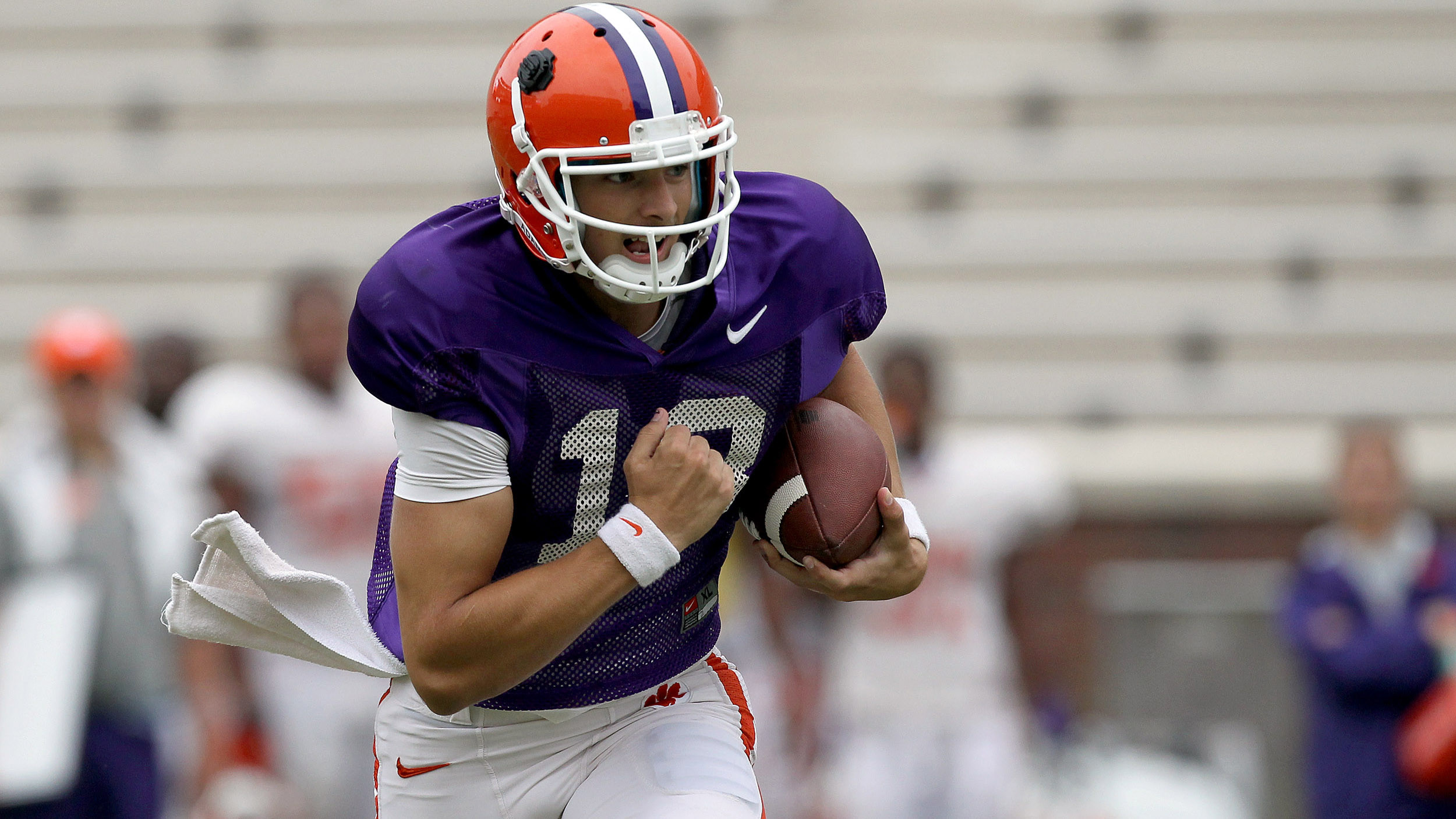 CLEMSON, SC – Young players dominated the most significant data during Clemson’s final stadium scrimmage of the preseason. The eighth-ranked Tigers (AP and USA Today) are preparing for their season opener against fifth-ranked Georgia at Clemson’s Memorial Stadium on August 31.

Freshman receiver Mike Williams had three receptions for 111 yards, including a 50-yard touchdown reception from quarterback Nick Schuessler. Freshman T.J. Green, who had missed 10 preseason practices with a knee injury, returned Saturday and had three catches for 24 yards. Red-shirt freshman Germone Hopper had a 22-yard touchdown catch from Cole Stoudt.

Freshman Marcus Edmond of Lower Richland High School in Hopkins, SC, had two interceptions for 56 return yards. He returned one interception for a 26-yard score. Freshman Jadar Johnson had the other interception.

“We got a lot done today,” said Head Coach Dabo Swinney. “We held out some players today and got a lot of work for some younger players. They performed well. We went over a lot of special situations the second part of the scrimmage and even played an overtime period.”

There were some good performances by veterans as well. With Boyd held out, Cole Stoudt got the majority of the work with the first team and completed 9-17 passes for 157 yards and a score. Martavis Bryant made two leaping catches for 28 yards.

Daniel Rodriguez had two receptions for 26 yards and Chandler Catanzaro had field goals of 41 and 46 yards. Ammon Lakip had a 47-yard boot as well. On defense, Vic Beasley had three sacks and Corey Crawford had two.

“We saw a lot of the freshmen make some plays today. You can see the impact of Shaq Lawson being here in the spring. It has made a difference for him as he came to camp advanced. Korrin Wiggins has been impressive as have a number of the other freshman defensive backs.

“The toughest part of camp is now over. We have one more two-a-day on Monday, then a practice on Tuesday before we take a day off for the start of school on Wednesday.”

The Clemson football team held its second full scrimmage of the 2013 preseason at Memorial Stadium on Saturday, August 17.  The Tigers are preparing for their season opener against Georgia on August 31 at Memorial Stadium, which will be broadcast nationally on ABC at 8 PM.  ESPN College GameDay will be in Clemson for the matchup between the two top-10 teams.