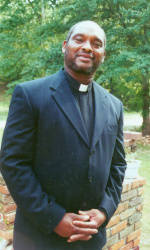 A few years ago, Clemson Sports Information Director Tim Bourret asked what I remembered about Marion Reeves and his days as a Clemson football player. I was a student assistant in the sports information office when Reeves was playing for the Tigers.

I told Bourret that I remembered Reeves as a good football player who was a great guy. He would come in the sports information office on a regular basis and we gave him a hard time. We shared many laughs and good times. We all enjoyed watching him play, especially the two big interceptions he had in Columbia in the 1971 win over a heavily-favored South Carolina squad.

To be honest, I had to stop and think. With such a major groundbreaking event, one would expect to remember some great thing happening, some great ceremony, or considerable media coverage. However, all I could remember about Reeves was the fact that he was a solid player who had great character.

In retrospect, that tells you all you need to know about Reeves and the kind of character he had then and continues to have today. Reeves just came to Tigertown to get a good education and play football. He did both in such a classy way that we did not even realize history was being made.

Integration came slowly to football programs in the South. There had been many great African-American high school players in the South, but they had attended either historically black colleges, such as today’s opponent S.C. State, or they had gone up north.

Such was the case of George Webster, who grew up in nearby Anderson, SC. He traveled north to play for Michigan State and was a member of the famous 1966 team while earning All-America honors. It was about this time that most Southern schools began to recruit African-American players into their programs.

With this backdrop, Reeves entered Clemson in the fall of 1970. It all started innocently enough.

“I remember Coach (Doug) Shively calling me one day and telling me about a player who he thought could really be a good one,” said former Clemson Head Coach Hootie Ingram. “We weren’t looking to break the color barrier. We were just looking for good players and trying to find all we could as soon as possible.”

Ingram was also breaking new ground, as he had just become the Tigers’ head coach following the legendary Frank Howard.

“Doug was really excited about Marion,” Ingram recalled. “He said he looked good on film. He said he was a good student and high-character person. He sounded like the kind of young man we were looking for.”

George McIntyre, who later became head coach at Vanderbilt, was the coach of the defensive backs and remembered Reeves in the same way as Ingram. “Marion was a great young man who came to Clemson and did a great job.”

Reeves recalled the beginnings of his Tiger career in very simple terms. “In the spring of 1970, Coach Shively came by my high school to look at some film on another player we had. I kept showing up on the film. He invited me to come up to Clemson one Saturday. While I was there, they offered me a scholarship, and I took it.”

Reeves said he had been in contact with S.C. State and Newberry, but neither had made a firm offer.

Did Reeves remember any fanfare about him being the first African-American football player at Clemson? “There was a small article in The State paper in Columbia about me going to Clemson,” said Reeves. “That was about it.”

Despite being the only African-American player on the Tiger team during that first year, Reeves said there were no incidents. “Those were good times. We had some good athletes in the secondary, guys like Ben Anderson (who became Clemson’s university attorney and is in the Clemson Athletic Hall of Fame) and Bobby Johnson (Vanderbilt’s head football coach). They were all good guys and there were no problems. I made some great friendships at Clemson that have lasted for a lifetime.”

The 1971 season provided two notable highlights in Reeves’ career. The first was an interception against Virginia. This was notable because the Cavalier quarterback was Harrison Davis, the first African-American quarterback in the ACC. Reeves was also quick to point out the two interceptions he had against his hometown team (South Carolina) in a game played in Columbia.

“That was a lot of fun,” Reeves said of his effort against the favored Gamecocks in Clemson’s 17-7 win.

Reeves’ career was cut short during his senior year by a knee injury. “I was probably having my best year as a senior,” he recalled. “The knee injury knocked me out after seven games, and that was disappointing.”

Following his football career, Reeves played professionally for a few years, one season with the Philadelphia Eagles and two with the Winnipeg Blue Bombers in the Canadian Football League.

“After my pro days, I went back to Clemson and graduated,” Reeves recalled.

After earning his degree, Reeves began a career in textiles. After working for several companies in Georgia and a couple in South Carolina, he left the textile industry to open his own masonry business back in his hometown of Irmo, SC.

Several years later, he answered a higher calling by becoming a pastor. “The Lord has a way of putting you in situations that prepare you for things to come,” explained Reeves. “When I was at Clemson, Coach McIntyre, who was my position coach, took me to First Baptist Church in Clemson four or five times, and I taught a Sunday School class. Coach `Mac’ was a great Christian man, and that helped me get ready to become a pastor.”

“Pastoring a church and raising a family keeps me really busy, but I love it.”

Reeves met his wife Patricia while they were students at Clemson. The couple has two sons and two daughters. One of his girls (LaChanda) is a Clemson graduate.

Ingram said he knew after meeting Reeves for the first time things would work out well. “Marion was a great young man. You could see he was going to be successful at Clemson and you knew he would be successful in life. He was that kind of a quality young man.”

From those simple beginnings came a real history-maker. Reeves entered Clemson in the fall of 1970, and for that first year, he was the only African-American football player in the program. His solid character led Clemson through what could have been a trying time, but it became an era of which everyone can be proud.

Now this trailblazer pastors a church, has a great family, and is a solid member of his community. In retrospect, one can make the claim that few student-athletes have had such a profound effect on the Clemson football program as Marion Reeves.

Al Adams served as assistant sports information director at Clemson from 1973-77. He later founded the Orange & White and is now a State Farm Insurance Agent in Forest City, NC.