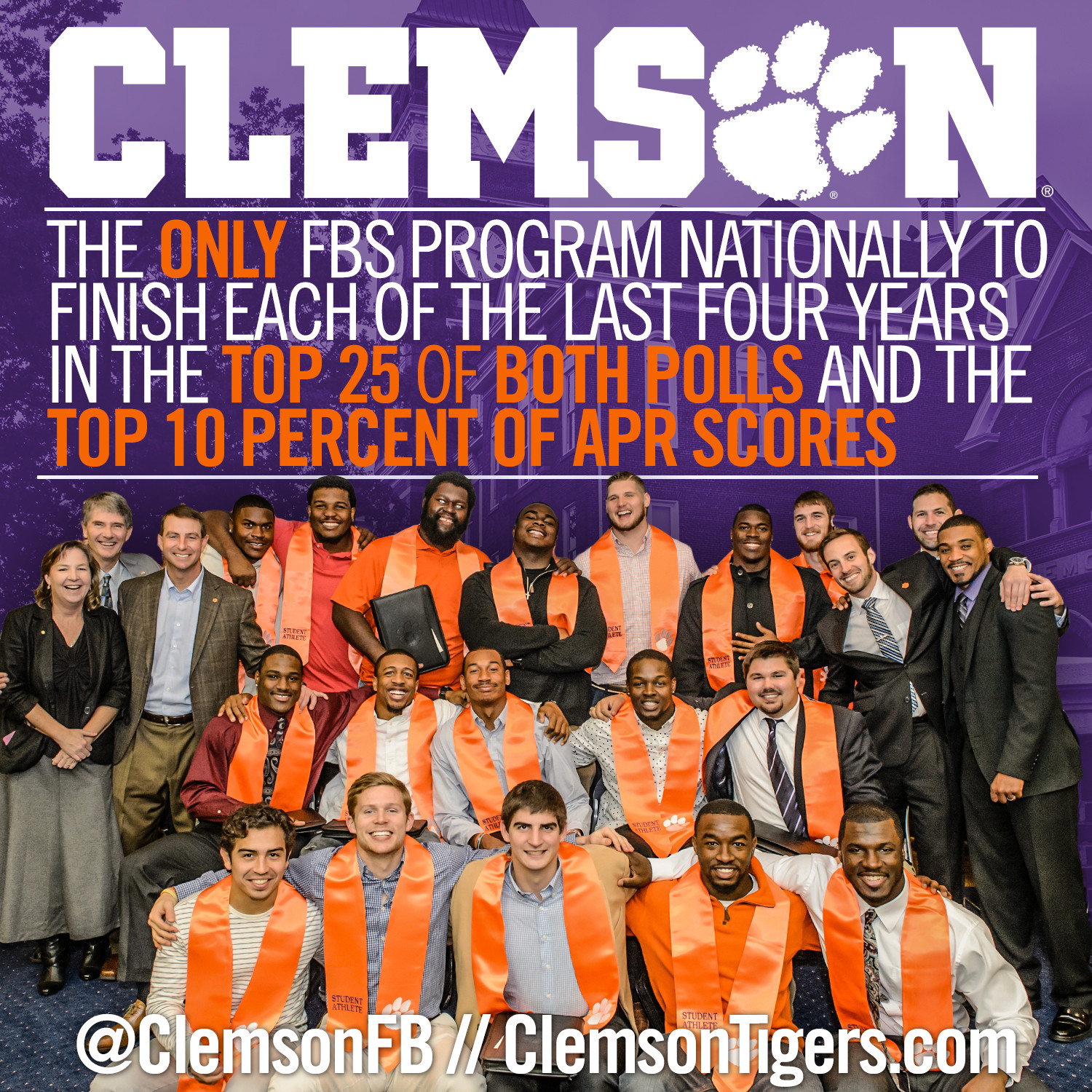 “This is yet another tremendous accomplishment by Coach Swinney, our coaches, student-athletes and staff and the football program’s emphasis on development both on and off the field,” Director of Athletics Dan Radakovich said.

Excellence in the Academic Progress Rate has translated into a strong graduation rate for the Clemson football program. In six seasons as Clemson’s head coach, Swinney has had 120 seniors on his rosters and 114 of them (95 percent) have earned a degree.

“I am very proud of our team, our coaches, and our academic support staff at Vickery Hall,” Swinney said. “We have a culture where our student-athletes are committed to being the best they can be in what they do on the field and off the field and that certainly includes graduating from Clemson.

“Being included in the APR Top 10 percent for a fifth consecutive year validates the way we go about our business. I have said it recently at our “Prowl and Growl” gatherings and in many other interviews that our best accomplishment since I became head coach is our graduation record. We are proud of what we have accomplished on the field, but we are most proud of that 95 percent graduation rate.”

Clemson was one of 14 football programs honored on Wednesday, joining fellow ACC schools Duke and Boston College. Diving joined ACC peers Miami and Notre Dame among the elite, while women’s golf was one of 10 ACC programs recognized.

The Academic Progress Rate is a metric developed to track the academic achievement of teams each academic term. Each student-athlete receiving athletically related financial aid earns one retention point for staying in school and one eligibility point for being academically eligible. A team’s total points are divided by points possible and then multiplied by one thousand to equal the team’s Academic Progress Rate score.