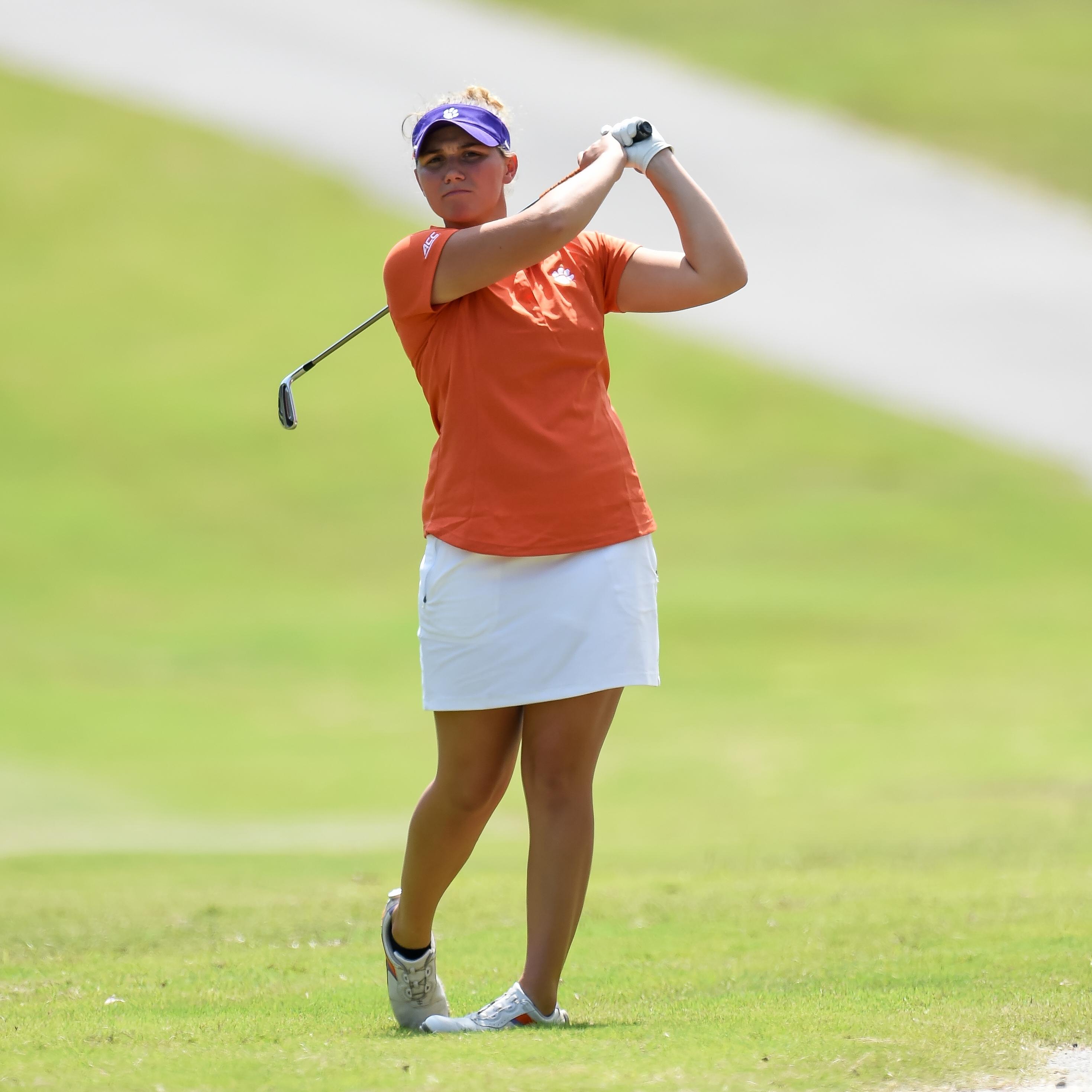 Clemson, S.C.—Sloan Shanahan tied her career best with a three under par 69 on Sunday, helping Clemson to a three-under par-team round score of 285, and a 10th place finish at the Landfall Tradition in Wilmington, N.C.   Clemson finished in a tie for with host school UNC Wilmington with a score of 889.

The tournament concluded Clemson’s fall schedule with a 48-17-2 record in terms of head to head competition for the four fall tournaments.

Second-ranked Duke won the tournament with an 855 score, an 11-shot victory over second-place Notre Dame, who was at 866.  Oklahoma State was third at 867.    Clemson finished ahead of 14th ranked Virginia by one shot in the 18-team field that included 12 top 40 teams according to the latest Golfweek/Sagarin poll.

Shanahan led the way with her three-under-par round, her best round since shooting a 69 at the Lady Paladin Intercollegiate on September 20, 2013.  That was just the fourth round of her career.  On Sunday, the junior from Georgia had five birdies and just two bogeys. She made birdies on her last two holes of the day, the eighth and nine holes on the course.  She finished with a 33 on the front side.  She had a 222 total for 54 holes, good enough for 37th place.

Lauren Stephenson also had an under-par round on Sunday with a 71. The freshman had five birdies as well, including holes 13, 15 and 16.  She finished the fall with four under-par rounds and another at par in her 12 rounds.

Stephenson finished in a tie for 24th place (220 total) with classmate Alice Hewson, who had an even par 72 on Sunday.  Hewson made consecutive birdies on holes #1, 2 and 3 and had a 34 on the front side, her second nine of the day.  Hewson finished the fall with six rounds at par-or-better and 11 of her 12 rounds were at 75 or better.