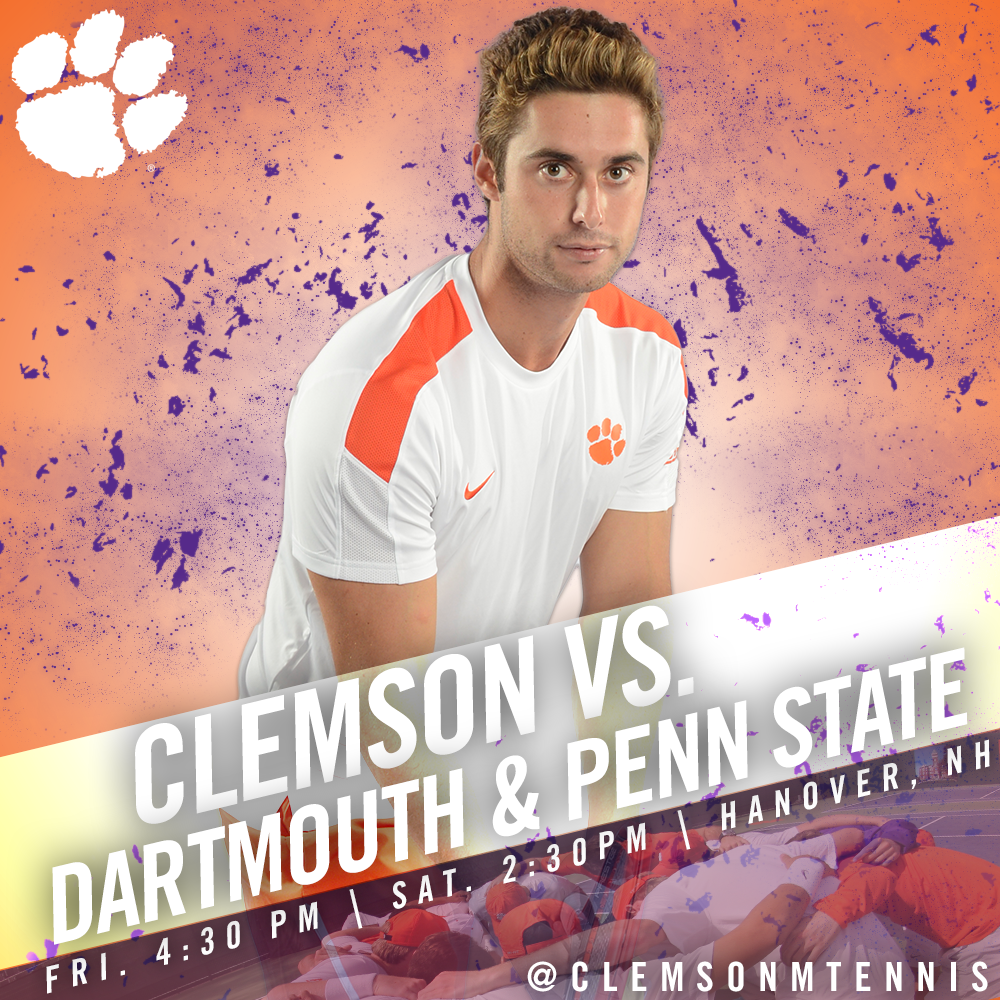 CLEMSON, S.C. – The Clemson men’s tennis team is in Hanover, N.H. this weekend for its third and fourth matches of the spring season. The Tigers face Dartmouth at 4:30 p.m. on Friday, followed by Penn State on Saturday. Periodic score updates will be provided via @ClemsonMTennis on Twitter.

Clemson got the spring season underway last weekend, splitting two matches with Mercer. The team started strong with a 4-0 win over Mercer. The Tigers then dropped their second match of the day to the Bears, 4-3. Senior captain Luke Johnson won his only singles match and recorded a 1-1 record in doubles. He looks to lead the Tigers and bounce back this weekend in New Hampshire.

Scouting Dartmouth: In the spring of 2015, Dartmouth finished the season with a 14-10 overall record and a 5-2-conference record. Clemson is 7-0 all time against The Big Green of Dartmouth, with the most recent meeting coming in 2013. Dartmouth returns eight players from last year’s roster, highlighted by 18th-ranked senior Dovydas Sakinis.