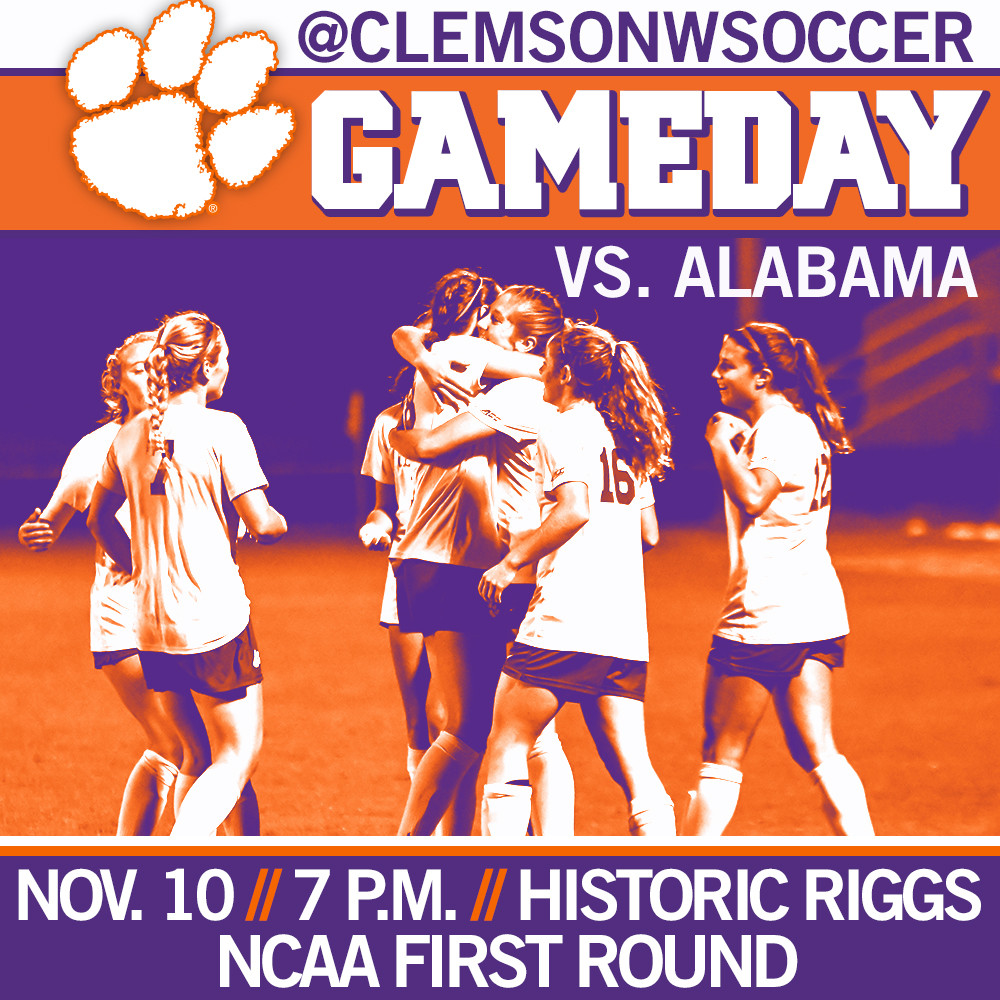 CLEMSON, S.C. – The Clemson women’s soccer team received a bid to play in the 2017 NCAA Tournament, as announced by the NCAA on Monday afternoon. The Tigers host Alabama in the first round of the tournament on Friday, Nov. 10 at 7 p.m. at Historic Riggs Field.

This is Clemson’s fourth straight NCAA Tournament berth under seventh-year head coach Eddie Radwanski. It is the third consecutive year that the Tigers have hosted a first-round contest. It is the program’s 18th all-time appearance in the NCAA Tournament, and Clemson has a 11-14-9 record in the national tournament all-time.

The Tigers are 9-5-3 overall and finished ninth in the ACC. Two Clemson players, Sam Staab (second team) and Mariana Speckmaier (freshman team) earned All-ACC honors for the 2017 season. As a team, the Tigers rank in the top 50 nationally in two defensive statistical categories, including 35th in shutout percentage (.529) and 41st in goals-against average (.730).

Ticket Information Tickets are available for purchase online at ClemsonTigers.com or at the Historic Riggs Field gates prior to the match on Friday. Gates open at 6:00 p.m. on Friday. Ticket prices are as follows: